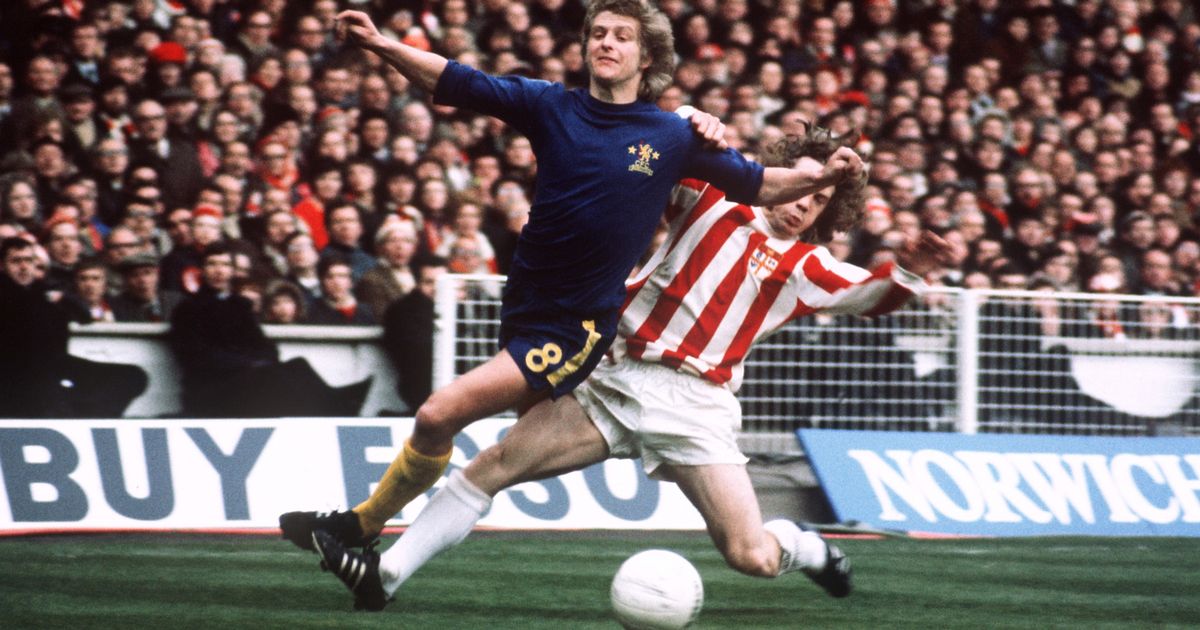 My first memory of League Cup final day was laughing, for a couple of reasons.

I was rooming with Johnny Farmer and we started the morning by watching Laurel and Hardy and having breakfast in bed. Then Farmy put on his suit and it only came half-way up his back because he hadn’t been measured right. I fell out of bed laughing.

But as the day got on I was nervous. By lunchtime I couldn’t face my normal pre-match meal of steak so I just had one egg on toast.

There was a feeling among the whole squad that this was something different. Some players were louder than normal and jovial and other players were silent. It starts to take over you about the size of the occasion, what you need to do and what you’re up against.

It’s really interesting looking back 50 years at the psychological side of it all and how it affects people differently.

I was nervous but I was also focused and confident. I remember looking out of the coach window as we approached Wembley and all those fans. There were thousands of people cheering with flags and scarves and whistles. You saw the support that was coming for you and thought wow!

What are your memories? Tell us in the comments section

The thing that settled me down was quite out of the blue. A Wembley attendant came up to me just as we were getting ready for the match and said there was someone at the gate who wanted to talk to me. Sure enough, it was my mate Des Evans from Chesterton. For goodness sake, an hour before kick off!

We always got on together our little gang from Chesterton, whether it was Friday night bands or playing the records you bought or pulling you over for a natter in the build-up to the biggest moment of your life!

But we had a chat and it just relaxed me. Thanks Dave! By the time I came out of the tunnel onto the pitch I was jumping up and down in my tracksuit bottoms and top getting ready and feeling ready. I also felt that same five-year-old boy who had been taken on the Boothen End for the first time by my dad and his mate Arthur. A dream come true.

I was up against Chris Garland but had no fear at all. I knew that nothing would stop us. I had this utter belief that we would win. It’s difficult to describe that innate feeling but I was absolutely certain.

I would go into a little bubble of my own. It’s really amazing, 100,000 people on the ground but I was in my own little world, completely focused on the job and what lay ahead.

We deserved to win, definitely. Chelsea were a top side in those days. They had beaten Real Madrid in the final of the European Cup Winner’s Cup the previous season, they were an attacking force with a freedom in how they played and one of the best coaches in the world in Dave Sexton.

But we were a good team too. I remember at full time, running with the lads around the track, going to the fans. It was an amazing day and for us it turned out to be a once in a lifetime moment. It’s deep in our heart and soul.

Every time I watch the video back it touches me and there’s always something new that you haven’t seen before.

We wish we could have won more, but we are fortunate to have won one trophy.

I always thing about the fine lines in football and just like we might have easily ended up with more silverware in those years, the wind could have blown a different way that day at Wembley. That’s football.

But it was Banksy winning that ball after that back pass. Such bravery. He made things look so simple. With another goalkeeper it would have been a goal but he flowed with it and we flowed with him.

We had to defend in the second half and it was tough when they had the majority of the ball but we stuck with it, muck or bullets.

When you think how we won that cup, four games against West Ham, three against Man Utd, the traumas and delights and emotions we went through. When you get to a final like that, to manage and cope with it and come out with the win and the trophy shows what an achievement it was.

Coming back on the train, stopped off at Barlaston and even before then we could see fans lining up. It was something incredible. All the way from there to Stoke there were trails of people, babes in arms, grandads. It was fascinating and heart-warming. You could see what it meant to the people of Staffordshire and Stoke-on-Trent. It was a highlight of my life.

We were working class lads, everybody worked for a penny and you wouldn’t swap it for anything.

As a big music fan, I should also note that we reached number 34 in the charts with We’ll Be With You. I was talking to my brother-in-law Les Burgess this week about how he and Dave Irons had driven up to the Potteries with boxes of records and distributed around the three big record stores. The rest they took to the Victoria Ground.

There was also a little known follow-up record, which wasn’t music but Banksy talking about football.

Maybe I should get the lads back in the recording studio for another song. We’re all 50 years older now but how old’s Mick Jagger?