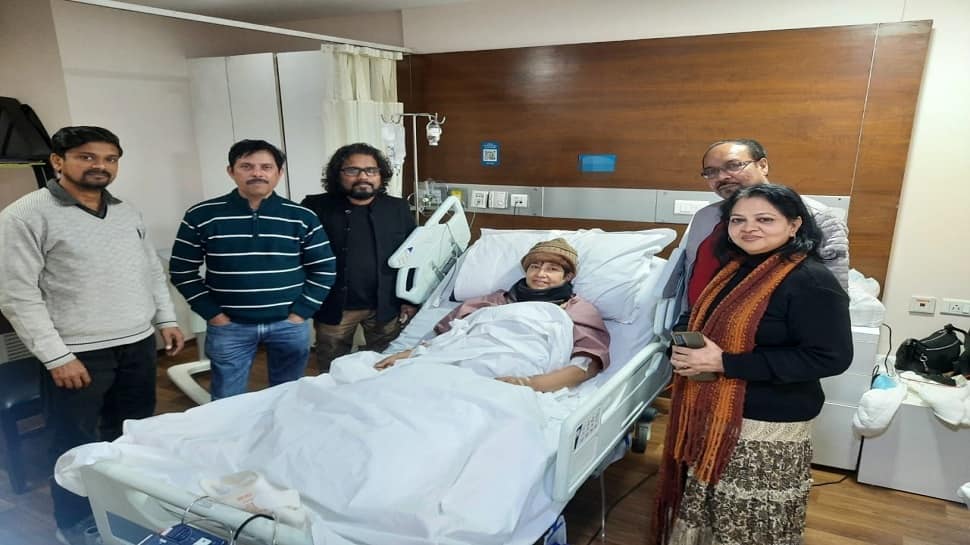 Is Taslima Nasrin ill? The internationally renowned writer of Bangladesh shared two pictures on social media around 10:20 pm on Sunday, showing herself lying in a hospital bed. This led to speculation about her ill health among her fans. Taslima also shared two strange statuses on Facebook prior to posting the said picture. According to one of the statuses, ‘I died at this time yesterday. Now the funeral is going on,’ while the other post said, ‘My posthumous body has been donated to the hospital.’

Today, she posted again, ‘That death has swallowed up my bright life and left behind a stagnant life.’

The Bangladeshi author’s social media account has created confusion among her fans with her enigmatic posts. The fans are busy guessing as to what has happened with the writer, who is sharing unusual posts? Is she seriously ill?

Nothing is exactly known. Everyone is speculating about her post on the “posthumous donation” of her body. Her two pictures, however, state that Taslima is undergoing treatment. The five people standing next to her are not from the medical fraternity.

Speculations are on over her hitherto ‘strange’ posts, and people are guessing if the image is related to previous posts? Since Taslima did not post any text with her picture at that time, confusion has now increased.

Shortly before sharing her posts, Taslima also uploaded some documents, stating that she donated her body posthumously in 2018. One of the documents stated that the hospital should be notified immediately after her death. Apart from this, she has been sharing several old posts for a few days.

Sharing an old post, which she wrote on January 15, 2016, “How much of the universe, how much of the world and life we ​​have to leave without knowing!”

According to Taslima’s Facebook post, she was trying to lose weight as advised by doctors. On January 6, she posted a photo taken with a friend and wrote, “I went from 80 kilos to 52 kilos in 8 months. I started to retreat in fear after seeing this. I quickly gained 56.5 kg in 2 months. I want it to stop here.”