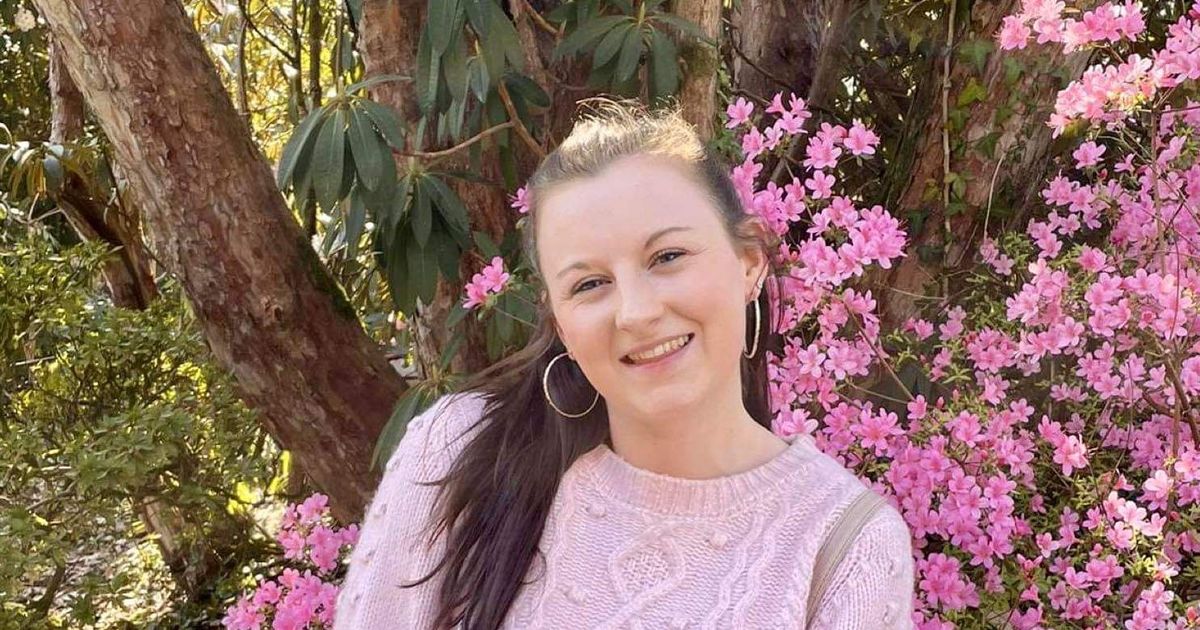 It’s the morning after Halloween and college student Mollie McCooey wakes up dazed and confused.

She’s still wearing the clothes from last night and, to her shock, her bedroom is completely upside down.

Mollie sits in bed for three hours trying to find out what happened the night before.

It wasn’t until the 22-year-old took a shower that she noticed a small, red stab wound on the back of the right arm.

Fourth year Birmingham University Schoolgirl Mollie was one of two girls supposedly spiced up with injections at the Fab ‘N’ Halloween Bash on campus the night before.

READ MORE: The University of Birmingham student was abandoned in intensive care after being “stuck by a needle” that evening

The attack was two of 19 needle sticks reported to West Midlands Police in the past three months.

In the Bramall building on the university campus – a stone’s throw from where she was riddled a week ago – Mollie tells me about her struggles.

“It’s the emotional side of things that has been the hardest to deal with,” she says. “It shook me to the core.

“I can’t sleep in my own bed right now,” she says.

“Every time I close my eyes, I wake up and see the state of my room that morning. It was terrible. I have no recollection of how it happened.

“Your room is supposed to be a haven, a place where you feel safe, but the experience made me very unsafe about everything.”

READ MORE: A University of Birmingham student collapsed in the A&E waiting room after being “impaled by injection”

It is this element of the unknown that Mollie says is the most difficult to process.

After spending hours fainting the night of the attack, she is still unable to connect the series of blurry flashbacks that make up her memories.

“It makes me feel very insecure,” she admits.

Since the attack, Mollie – a student of modern languages ​​last year – has been juggling university deadlines with police statements and welfare meetings.

She says this will add to the pressures of the already promised difficult year.

“I feel very distracted, I can’t concentrate, and I sleep poorly,” she admits. “When you look good people expect a lot more from you, but the truth is, I have trouble finding that drive to work.

“I’m just so emotionally drained from all of this. You want to end your senior year at university on a climax so you feel the pressure to dust it off, but it’s not something that goes away overnight.

“The fact that I was peppered on campus makes it very likely that the perpetrator was a student. I could literally walk past them at any time – it’s all very annoying. “

For Mollie, it is this ongoing psychological trauma that is evident in the current conversations surrounding the twitching epidemic. She wants to use her experience to get this conversation going.

“I want people to see the big picture,” she said.

“People always ask me how I’m doing and if I’ve still had hospital appointments, but it’s not just that, it’s all that comes with it.”

“Even the little things sound small, but I lost something very important to myself that night. It was a ring that has enormous sentimental value to me – I haven’t taken it off for over six years! “

“I don’t know how I lost it or where it could be.”

“Some people think that because a certain number of weeks have passed, you will be fine, but you cannot put the trauma into a timeframe.”

“It is one thing to recover from the event itself, but you don’t forget it.”

BrumWish 2021 aims to bring thousands of Christmas gifts to needy young children across our city – the homeless, the needy, children in care and children who have little.

This year’s appeal is bigger and better than ever – because we’ve teamed up with our partners at # Toys4Birmingham, including Thrive Together Birmingham, the Birmingham Playcare Network, the Edgbaston Foundation and Birmingham Forward Steps.

Here you can buy a gift from the #Brumwish Amazon wishlist.

Or you can collect and give donations for new and almost new toys and gifts on special fundraising days at Edgbaston Stadium, B5 7QU, on Saturday, November 27, Friday, December 3, and Saturday, December 4, 11 a.m. to 3 p.m. where volunteers are waiting to see you.

Brand new or almost new unwrapped gifts, books, and toys for all ages are accepted.

You can also donate money that goes to a charity fund to fill in gaps or buy special toys for children with additional needs. This is the link to donate.

Stay up to date with the latest news from across our city with our Birmingham News email updates.