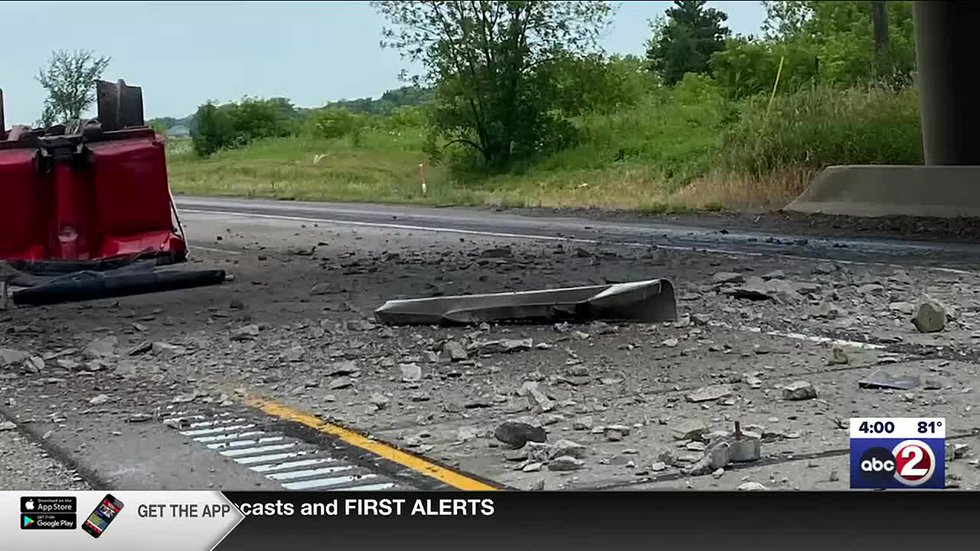 OUTAGAMIE COUNTY, Wis. (WBAY) – The Wisconsin Department of Transportation says an I-41 overpass in Outagamie County will remain closed “indefinitely.”

Southbound lanes of the interstate were closed for hours Wednesday after a dump truck hit the overpass at Rose Hill Rd., also known as County Highway CC.

The DOT says the damage came from a dump truck that had its bed raised. The impact with the overpass pulled the bed off the truck and covered the southbound lanes with concrete debris.

“The driver approached the bridge, struck the bridge, damaged the bridge, pulled the dump box off of the dump truck, and closed the road for several hours northbound and southbound,” DOT traffic engineer Rod Hamilton said.

This is the second collision of its kind involving that overpass this summerleaving many with the question, how could this happen again?

“It’s not a real common occurrence, but when it does happen, unfortunately there’s a lot of impacts,” Hamilton said.

It isn’t known if an alarm was sounding in the dump truck before the collision. Hamilton says Wisconsin doesn’t require an alarm system for when the bed is raised in dump trucks.

“I did some digging this morning and there are no state statutes, administrative codes or regulations that require an alarm system within the cab of a dump truck to indicate to the driver that the box is up or in an unlocked position moving up.”

Article continues below the video

The DOT says this is a good reminder to all drivers — both commercial and passenger — to always be extra attentive when driving with a load.

“Once you get that load set up and attached to your dry vehicle, double check, take a look. Even triple check. Make a walk around the vehicle. Look at your tires. Look at your straps. Also make sure your straps are the proper size for your load,” Hamilton advised.

“It’s a lot easier to take an extra couple minutes to make sure everything’s hooked up properly — properly and secured — than to have an issue on the side of the road,” he added.

The DOT says a large team is working on how to move forward with the overpass repairs. The bridge is scheduled to be replaced in the next few years during a four- to six-lane conversion project. The team will explore interim fixes over the next few days to hold it over.