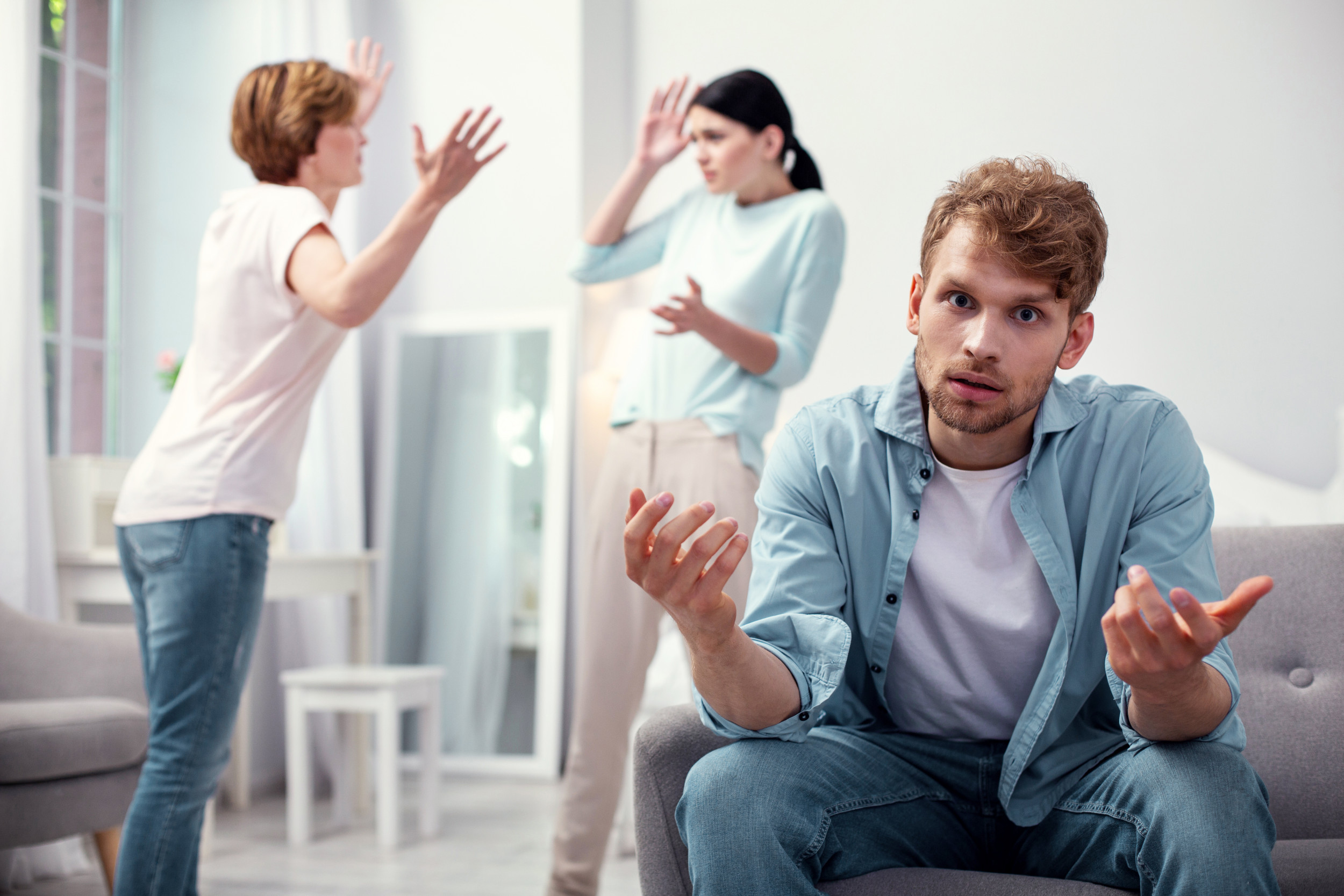 In a viral social media post, the internet has slammed a man for defending his mother after she naps in the bed he shares with his wife.

Published to Reddit’s r/AmITheA**hole, a woman under the username u/throwra4t33 shared her story in hopes of getting the opinions of many to see if she was in the wrong. The viral post has over 7,000 upvotes and 1,200 comments.

The Redditor began her story by explaining that her mother-in-law recently “informed” them that she was moving in while her house was being renovated. The couple made a guest room for her that has everything she could need. Her mother-in-law loved her temporary room.

One day when the original poster (OP) came home, she found her mother-in-law sleeping in their bed. When the Redditor confronted her about it, her mother-in-law said she took a nap there and lost track of time. Since then, she has been taking naps in her bed and wanted it to become a part of her daily routine.

The OP wrote, “My husband sat me down and told me that his mom really liked and ‘got used’ to napping in our bedroom and we should just let her have her daily afternoon nap in the room. I said ‘absolutely not’ and We started debating. I told him his mom is being ridiculous because she has a whole room upstairs where she should nap. He got upset and said that I was making his mom feel uncomfortable and unwelcome with this attitude.

“I said NO and refused to negotiate. He called me selfish and mean for saying no and preventing his mom from feeling comfortable at ‘his house’ but I reminded him that I pay full mortgage for the house while he blows money over gadgets and consoles . He accused me of bringing old disagreements in this current conflict to use against him. I said no again and that he should stop pushing because I need the room for when I get home feeling exhausted from working on my feet from 6am,” she continued .

The Reddit user explained that her husband won’t talk to her until she agrees to let her mother-in-law nap in their bed.

Are you in a similar situation where a family member has crossed one of your boundaries? According to copebetter.com, it can be tough setting boundaries with people you are close with. It’s crucial to remember that your needs are important, despite how much you love someone in your family, it’s good to build boundaries.

Find people in your family that value you—talk to a certain family member you trust to get guidance. Remember to be firm and direct, but kind when confronting the family member. If a situation with that family member is becoming “toxic,” walk away from it. It’s also important to note that you are in charge and no one can tell you how to feel or what you do.

Members of the “AITA” subreddit defended the OP for her actions and slammed her husband for his.

U/TeachingEmergency received the top comment with over 15,000 upvotes, “[Not the a**hole]why is she so obsessed with sleeping where you and her son f**k?”

“[Not the a**hole]. Sometimes people show us who they are. Your husband is not only having destructively by refusing to support you and creating unnecessary drama, he’s not ‘speaking’ to you like he’s in high school. He is being very immature. I don’t lightly recommend counseling because it’s expensive and hard to find a good counselor, but he won’t listen to you. So I think you need it at this point. Maybe a third party can get through to him. What he is doing is damaging your relationship,” u/Antstst said.

“I would HATE it if someone napped in my bed. My bedroom is my sanctuary. Get a lock for your bedroom door if you must – but this is ridiculous. And tell your husband to grow the [f**k up]. [Not the a**hole],” admitted u/DragonFireLettuce.

U/TheGodMother007 explained, “[Not the a**hole] – She HAS a room & a bed to herself. It’s weird that she’d want to sleep in her son & daughter in law’s bed. I think you’re completely valid for not letting her sleep in the bed & your husband needs to be more respectful of your boundaries. You didn’t have to agree to let mom live there while her house gets renovated. Hey is being [the a**hole].”