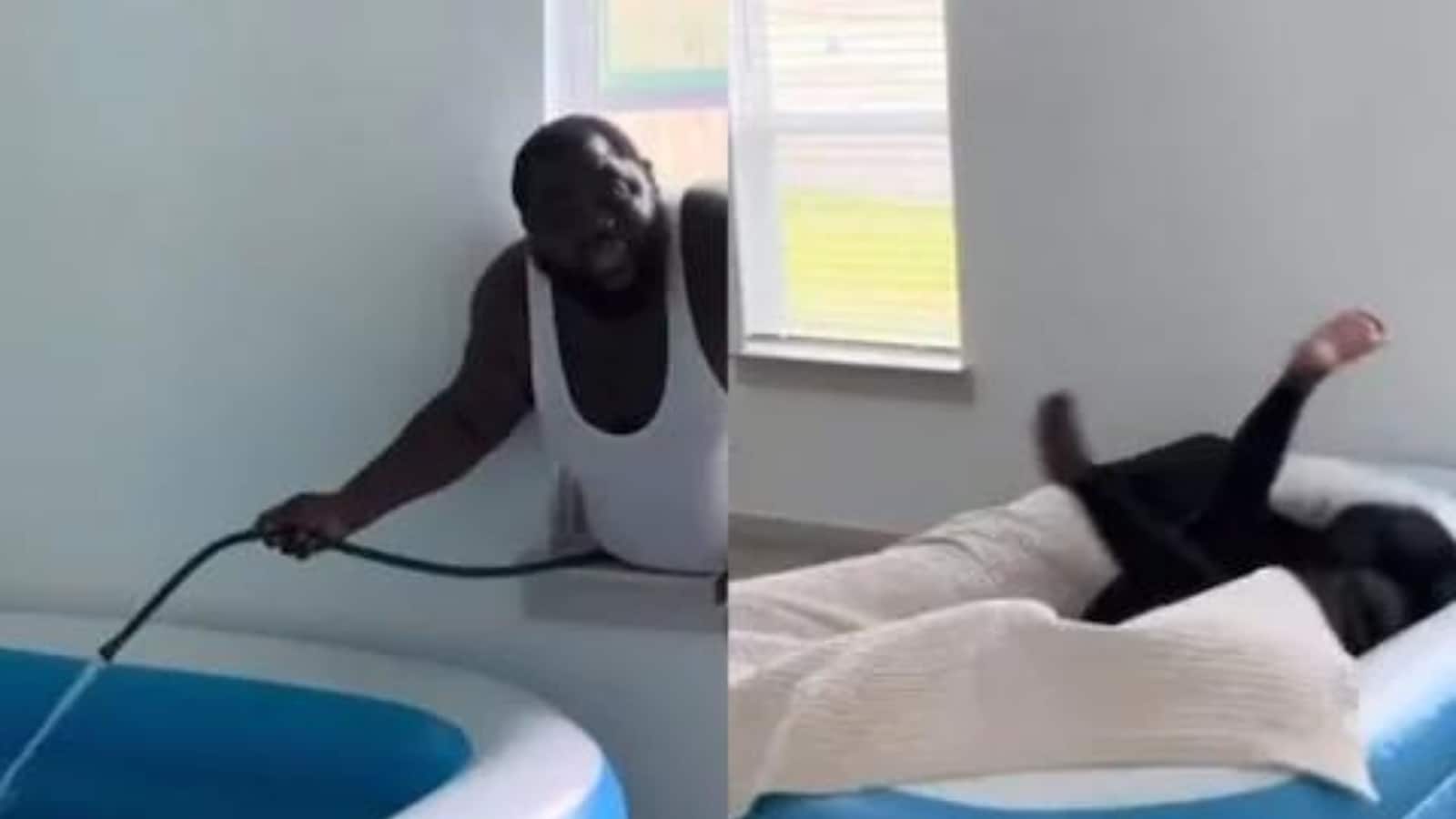 You all must have tried some really hilarious pranks with friends and family members at some point or another. These pranks include hiding their stuff, messing around them playfully etc. It is a fun sight watching their confused and hilarious reactions.

In something similar, a husband decided to confuse his wife by covering a bathtub with a bed sheet. His wife got tricked and as soon she made herself comfortable in this bed, she fell into the tub.

This hilarious 32-second video was shared on Twitter by a user named Figen. The video starts with the husband removing his wife’s bed. It was followed by him placing a bathtub of a similar size. After filling the tub with water to its brim, he then covered it with a bed sheet. He then also placed a quilt and pillow, making it look like a bed.

The video then the scenes from two hours later. The wife arrives in a room talking to someone. Not knowing about the incident, she makes herself comfortable in bed. The very next moment she falls into the tub. The lady is excessively terrified at the sudden turn of events.

The hilarious video has garnered more than 9 million views.

Many users loved the video and wrote a lot of funny responses. One demanded that there should be the next part to this video. This user wrote that the husband should be alive in that part. Another wrote that if the husband survives, then that should be called true love. Others wrote that it was the most creative way to ask for a divorce without saying a single word.

Some others guessed that the prank was staged. According to users, no one actually falls like that. According to the rest, the lady starts shouting even before she falls into the water, the signs that the video was scripted. Despite these responses, reactions are hilarious and that makes the video a must-watch.

The video has been retweeted more than 1,300 times.