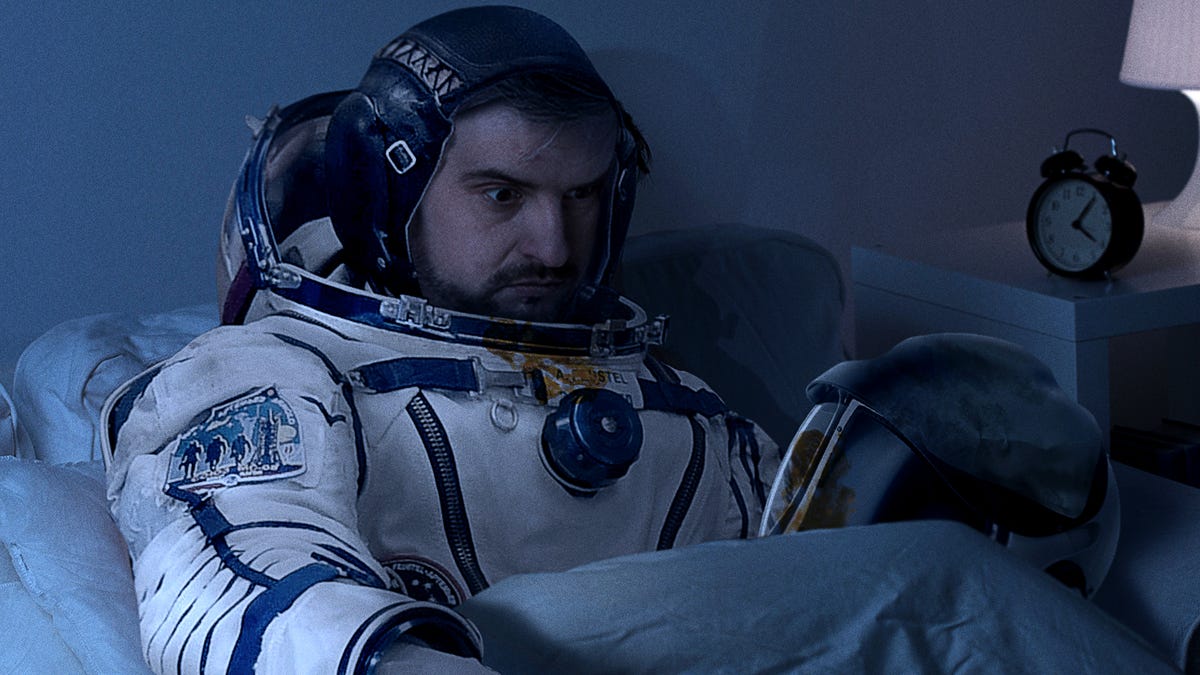 ATLANTA—Nursing a headache as he tried to piece together where he parked his shuttle, hungover astronaut James Caudry woke up in bed Friday with no idea how he made it back to Earth. “Ugh, the last thing I remember, I was reconnecting a satellite cable with a few buddies from the ISS, and the next thing I know I’m face-down on my pillow,” said Caudry, realizing that he was still wearing the same spacesuit from the night before, which, judging from the smell, he had apparently pissed in at some point. “I have absolutely no recollection of ever hurtling through the atmosphere at terminal velocity and making a water landing in the Pacific Ocean or any of that. Oh, fuck, i have like, a million missed calls from mission control.” At press time, a surprised Caudry turned over in bed to notice a sleeping alien hey didn‘t recall taking home.