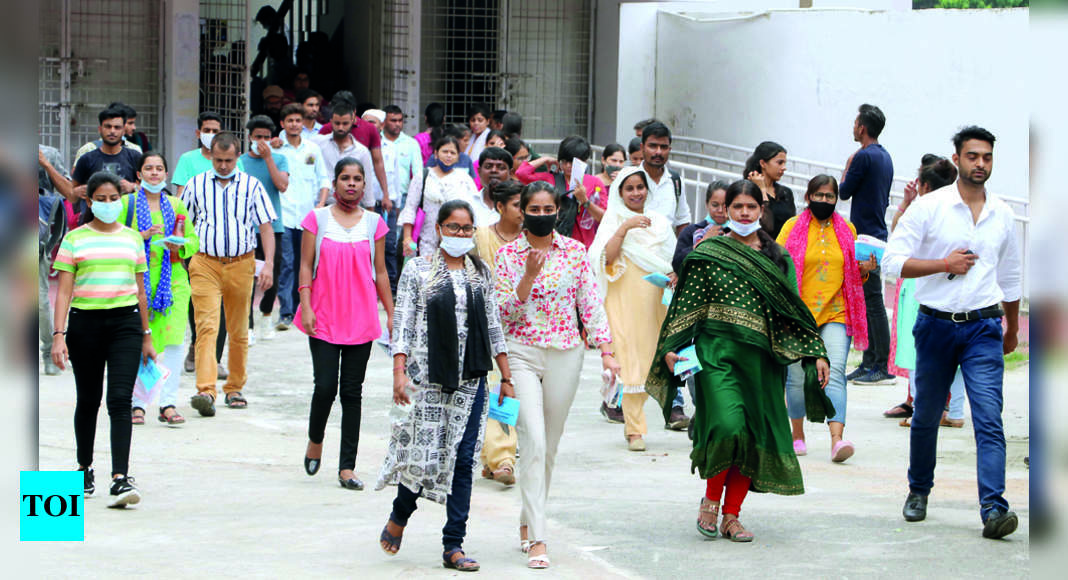 Lucknow: Candidates who appeared for the BEd Joint Entrance Examination (JEE) for science found the examination tough while those who took the test for humanities said the paper was easy. The state-level entrance test was held at 61 centers in the city on Wednesday.
“The question paper was tough, especially the science section. Questions asked from physics were very tricky,” said Ashwin Kumara BEd candidate.
“Those who opted for science, commerce or agriculture had a tough time solving the paper as all the sections from the three streams were lengthy, tricky and confusing,” said Aparna Ghoshanother candidate.
“General Studies and Hindi questions were easy,” said Dhristi Singh.
Candidates were required to take two papers of 100 questions each in two shifts. There was negative marking in the examination.
Total 55,763 candidates were registered in Lucknow, Hardoi, Sitapur, Rae Bareli, and Lakhimpur districts under the Lucknow University. At least 50,858 candidates appeared in the first shift and 50,856 in the second shift. As many as 4,905 candidates were absent in the first shift while 4,907 skipped the second shift examination.
LU node coordinator Prof Rakesh Dwivedi said, “The examination was held peacefully at all the centres. Many candidates did not come with the original copy of the photo identity card. Entry was given only after their names and details were tallied at the respective centres.”
The entrance test was conducted by Mahatma Jyotiba Phule Rohilkhand University, Bareilly.
“The examination was held peacefully at all the centres,” said vice-chancellor ProfKP Singh.
A total of 3,084 invigilators, 1,542 static magistrates, 771 center representatives, and 17 nodal conveners and officers were deployed.