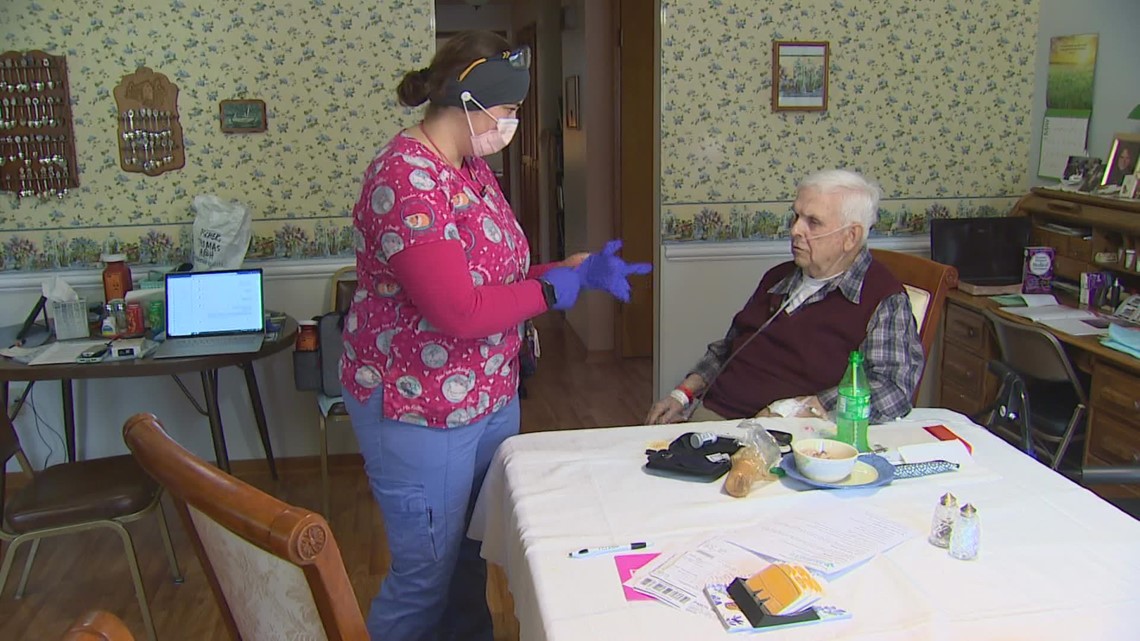 Patients get virtual doctor visits and nurses make house calls to check on them multiple times a day.

OLYMPIA Wash. — Doctor house calls are making a comeback, thanks to technology, and high demand for hospital bed space.

Olympia’s Tom Tischer was admitted to Providence St. Peter hospital last week for pneumonia, cellulitis, and sepsis. On Tuesday, he was sent home but remained a patient of the hospital.

He gets daily visits with a doctor on a computer tablet and nurses come to his home to check his vitals and administer medications two to three times a day.

Tischer is one of almost 60 St. Peter patients treated under the “Hospital at Home” program in the past year.

A spokesperson said two of those patients had to return to the hospital.

Tacoma General and MultiCare Good Samaritan Hospital in Puyallup are also participating in the program.

Tischer’s teledoctor, Dr. Rupal Gohil, said the program is good for the patients, and the hospital.

“Number one, we have a hospital bed that’s opening up. Number two, Tom isn’t being exposed to Covid in the hospital,” said Gohil.

Only patients who have good support systems at home and those who do not need continuous supervision are eligible for the program. They also must live within 30 minutes of the hospital.

“It’s the greatest thing I’ve ever had,” said Tischer, who has been hospitalized in the past, including for open-heart surgery.

He said he likes recovering at home, in his own bed or on his favorite living room chair.

“They could use her in the hospital,” said Tischer.