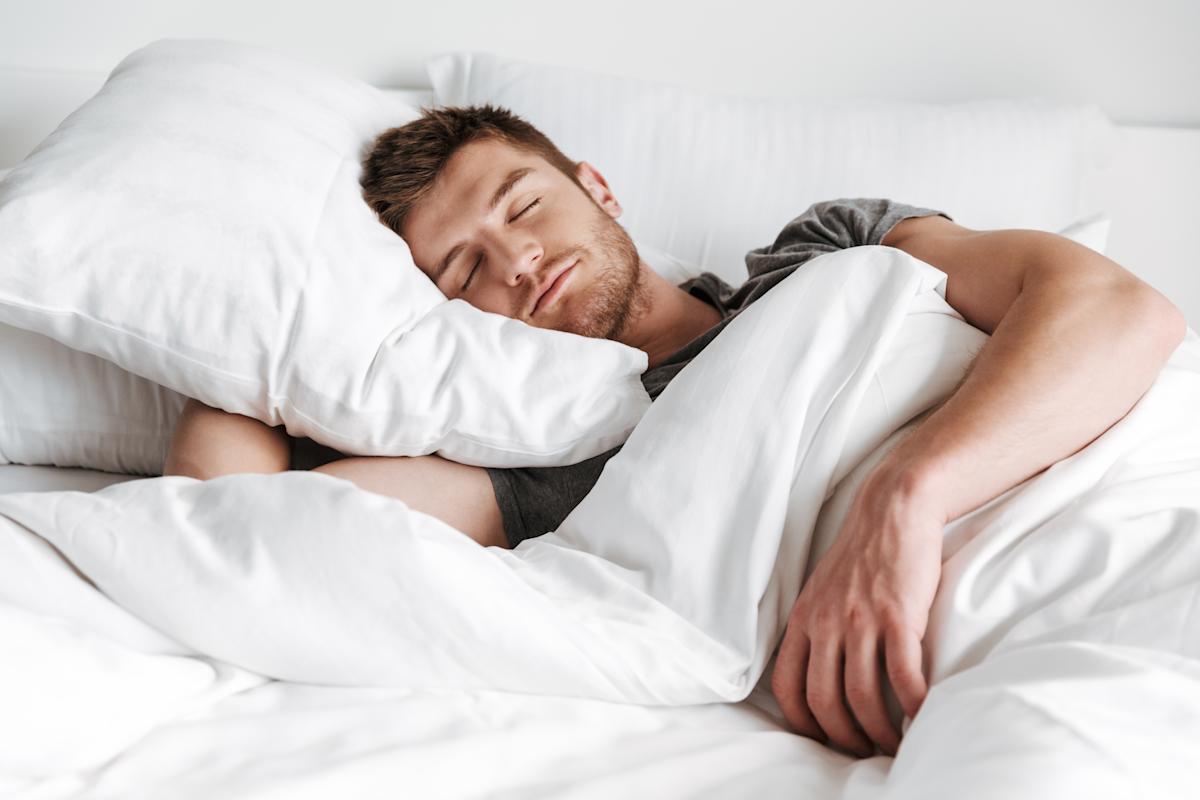 ‘Fess up, how often do you wash your bed sheets?

Well, if you’re a single man, the answer to that question is not nearly enough, with almost half of unattached men admitting to not washing their bed clothes for up to four months at a time.

It gets worse! A very grubby 12% of the single male contingency say they only wash their sheets when they remember which could be even longer.

The survey of 2,250 UK adults over the age of 18 carried out by Pizuna Linens, discovered that 62% of single women changed their bedding once every two weeks, whereas only 29% of single men washed their sheets at the same frequency.

read more: Sex survey: 39% of people who had never used sex toys before the pandemic now do

Instead, 45% of single men admitted only washing their sheets every three to four months.

Rather more hygienic couples typically do their sheets every three weeks.

The most common excuses? Forgetting, not being bothered and running out of spare bedding are the top reasons why people don’t change their sheets more often.

But it also could be that stripping the bed and loading up the washing machine is one of the most hated household chores for Brits.

Not reaping the benefits of super-fresh sheets aside, there’s actually a far more scary consequence of slipping behind on the bedroom laundry. Because failing to regularly wash our bedclothes can have some seriously icky effects on our health.

read more: The important reason you should be cleaning your sex toys

For a start when you don’t wash your sheets, lots of unpleasantries start to build up in our beds. Think sweat, dirt from the day, body oils, saliva, sexual fluids and even urine and faecal matter. Large!

And the dead skin cells you shed while you’re sleeping can also attract dust mites, which can cause breathing problems, especially for anyone suffering from sthma.

It’s not just bed sheets that require a good cleaning, pillows, duvets and mattresses need to be considered too.

“The average adult loses 285ml of fluid each night and sheds 454g of dead skin over the course of a year – think dead skin cells, body oils, sweat and general dirt all accumulating in your pillows, duvet and mattress, as well as your bed sheets,” explains Tobin James, sleep ergonomics expert at Tempur.

“Unclean bedding can also be a breeding ground for dust mites that can cause skin rashes and irritation, potentially worsening allergy symptoms. And whilst dust mites are found in most homes, regularly cleaning your bedding is definitely recommended to keep these in check.”

read more: What single adults in the UK are looking for in a partner

read more: Being disturbed during sex is Brits’ most embarrassing moment

Plus, it turns out the more slovenly we are, the harder it is to get back on the cleanliness path because the longer you go without washing your sheets, the more difficult it becomes to remove skin cells, mites, and other fluids, as they become more deeply embedded in your bed. Double big!

If all this has had you reaching for the washing capsules, James has some advice for keeping the bed nasties at bay.

“Your bed sheets should be washed once a week, although if you allow pets on your bed, you’re also contending with animal fur, dander and any dirt they bring in, so it’s recommended to change to fresh sheets every 3-4 days ,” he advises.

“Use the hottest wash setting that the product label lists – cotton can be cleaned on a hot wash (60°).”