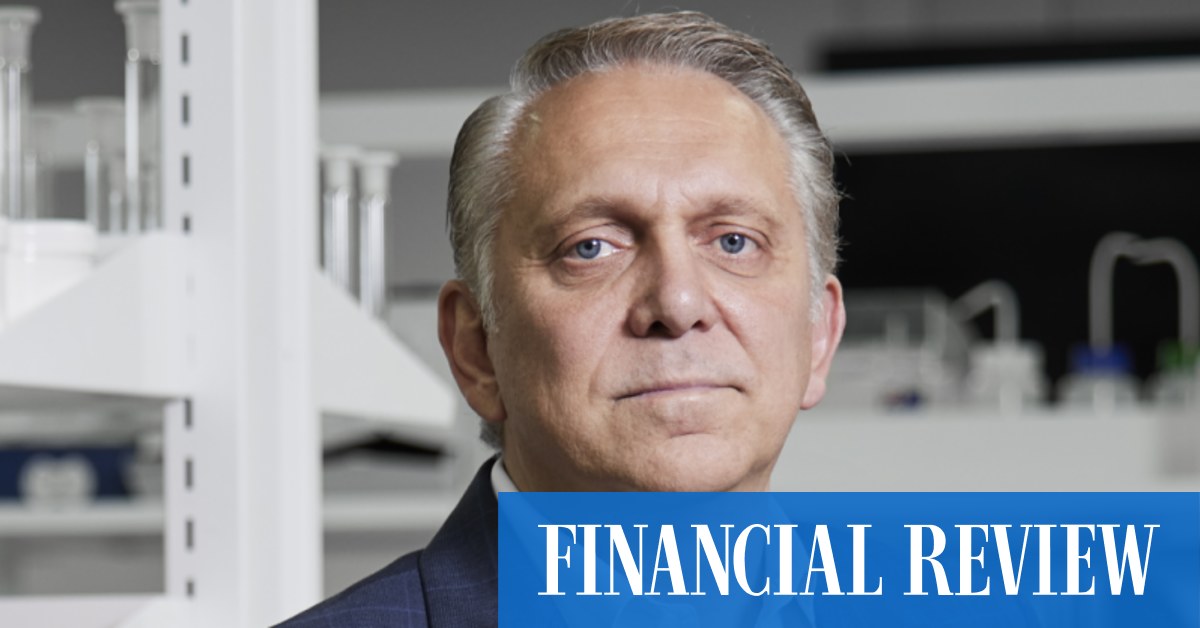 His dotcom crash moment happened in 2000, when he’d been helping to run a recently ASX-listed micro cap called ISIS Communications that was burning through cash.

Mulling his next move, Bastas realized that Australia was behind the rest of the world on generic pharmaceuticals, which were cheaper than the branded drugs that pharmacists tended to sell.

He went into business with a Greek family that owned one of that nation’s biggest generic drug manufacturers, and in 2003, Genepharm Australasia was born. It was listed on the ASX in June 2004 at 50¢ a share, with a market cap of just $38 million.

The relationship with the Greek partner was short-lived, but he serendipitously met Indian entrepreneur Arun Kumar in Mumbai at a conference. The pair would become long-term business partners and friends. Kumar bought out Bastas’ Greek partners in Genepharm, and the company’s name changed to Ascent Pharmahealth.

Despite the changes, and delivery on sales, Ascent struggled: the share price tumbled to just 20¢ in 2009 as the pharmacy sector fell out of favor with investors. Kumar and Bastas bought out other shareholders at 40¢ a share and delisted the company.

By mid-2012, US giant Watson Pharmaceuticals came knocking, snapping up Ascent for about $375 million cash, giving it a foothold in the Australia and South-East Asia generic market. The transaction, along with the 2015 sale of a small drug wholesaler and pharmacy banner for $65 million, paid Bastas about $150 million.

He and Kumar then bought Arrow Pharmaceuticals in Australia from its South African owners for about $380 million. That deal landed them one of the largest pharmaceutical portfolios in the country.

Arrotex came out of a merger of Arrow and Apotex Australia, owned by the Canadian billionaire Sherman family, in July 2019. The new company was a 50-50 joint venture between Bastas, who retains operational control, and the Shermans. It was a challenging deal that took two years to broker: in the middle of negotiations, in December 2017, patriarch Barry Sherman and his wife, Honey, were allegedly murdered in their Toronto home.

Those who know Bastas say he has a great ability to break down complex ideas, is loyal and believes family – he has a wife and two daughters – is most important. Arrotex provides 33 percent of all volume of drugs to the Pharmaceutical Benefits Scheme. Earnings in the past financial year were more than $150 million.

Bastas is also chairman and controls 50 per cent of Juno Pharmaceuticals, which supplies hospitals with drugs used in oncology and surgery. Then there’s genetics company myDNA, which he chairs and has a 20 per cent shareholding in, and describes as “an amazing creative outlet”.

So, what is success to Bastas? It is not the multiple luxury cars, including a gull-wing Mercedes and special edition Rolls-Royce Wraith, kept in a purpose-built “bat cave” at his neo-Georgian mansion in Toorak that once belonged to the Smorgon family.

“The only reason I get out of bed every day is for a deal I haven’t done,” he says. “I’m always aware that circumstances can change, and that what’s great may not be in future.

“I’m ahead of the game because I’m prepared for things that other people just wouldn’t imagine may happen. But what’s the end point of success? I actually couldn’t tell you.”