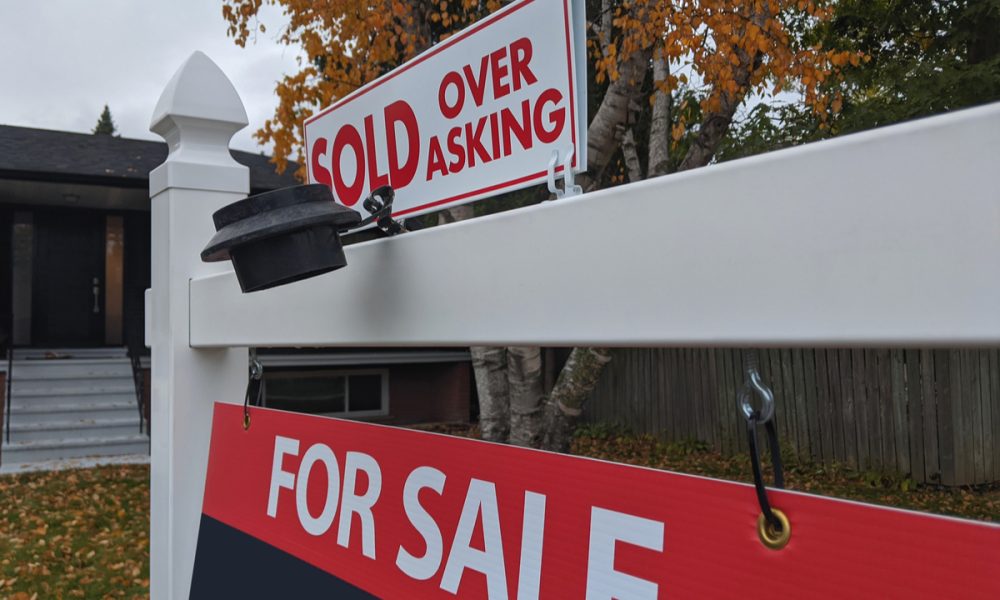 In economic circles this is housing data week, as we prepare to ingest the latest data on building permits and housing starts Tuesday (April 19), followed by Wednesday’s report on existing home sales which is expected to show a 4% decline last month to a Level not seen since Feb 2020.

Overlay that with 8.5% inflation and an average 30-year mortgage rate that has jumped about 70% in three months (from 3% to more than 5%) and the decline in housing affordability not only starts to crystallize but its grip on a range of retailers also starts to take shape.

Whether it’s the actual construction of properties, the shift to make greater use of outdoor space, the remodeling of kitchens, baths and home offices or the subsequent furnishing that goes along with all of that, the slowdown is already sending shocks through the housing ecosystem.

“The broader housing environment continues to be supportive of home improvement,” Home Depot CFO Richard McPhail said two months ago as the largest hardware retailer discussed its fourth-quarter results with analysts at a time when mortgage rates were still below 4% and the war in Ukraine and related spike in inflation had not yet begun.

Even so, the Atlanta-based chain was cautious in its outlook yet still optimistic that the underlying metrics were still favorable. “Demand for homes continues to be strong, and existing home inventory available for sale remains near record lows, resulting in support for continued home price appreciation,” McPhail added.

Since that February call, shares of Home Depot have fallen another 10% at a time when the S&P Retail Index has slid 4% and the broader S&P 500 has risen almost 1%. Even though Home Depot is now down 25% from an all-time high hit in November, it is still up 50% from the COVID-lows in March 2020.

Other Rates and Retail Categories

Home Depot is far from alone, as a spate of bank earnings from several of the nation’s largest lenders have all provided more updates in the past week that include more recent insight on how rates and inflation are impacting consumers, with mortgage originations at JPMorgan and Wells Fargo dropping 13% and 33% respectively through the end of March.

While housing loans are the biggest, the impact of rising rates cuts across all categories, meaning that the cost of buying anything of size has gotten a little more costly to attain unless consumers have the ability to pay cash.

Rising rates for car loans have impacted some of the biggest chains of auto dealerships in the US, have taken a toll on purchases and stock prices as shares of CarMax for example have fallen 40% from early November.

As rates and prices rise, consumers’ use of credit cards to fill gaps in their budget has also been increasing, enabling shoppers to continue shopping at a pace they’ve become accustomed to on the expectation that the fuel-shock will be short-lived .

That resilience and willingness to spend was seen in last week’s retail sales data, which delivered a 0.5% increase for the month of March, a gain that economists referred to as “reasonable” given the current circumstance but warned that most of those gains were the result of inflation rather than increased demand.

To be sure the concern is widespread as a other retail and discretionary spending-linked brands, while yet to provide an update that reflects the post-war economic ramifications, have also been struggling, with Amazon down 9% this year, TJX lower by 15 % and athletic apparel leader Nike falling by 20% so far in 2022.

About: While over half of SMBs believe that an all-in-one payment platform can save them time and improve visibility into cash flows, 56% believe that the solution could be difficult to integrate with existing AP and AR systems. The Future Of Business Payables Innovation Report, a PYMNTS and Plastiq collaboration, surveyed 500 SMBs with revenues between $500,000 and $100 million to explore how all-in-one solutions can exceed SMBs’ expectations and help future-proof their businesses.