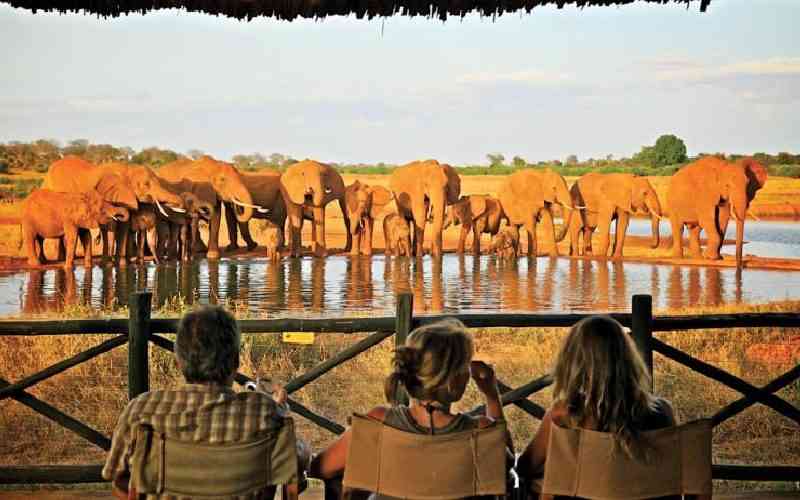 In many places, the numbers eclipsed the pre-pandemic period.

However, hoteliers are worried that a mismanaged election may hurt a sector that is enjoying such a promising trajectory.

It could also be of great concern, especially as the hospitality sector was one of the worst hit by the pandemic, shedding heavy revenues and jobs and limping towards stability for the better part of 2021.

According to the Economic Survey of 2022, the hotel sector benefited from the lifting of the Covid-19 restrictions – both overseas and domestically in 2021.

The survey sought information on the status and levels of hotel operations, particularly, the utilization of accommodation and restaurant services, changes in employment in the sector, changes in the composition of clientele during the post-pandemic period, expectations for return to normal operations, and general sentiments by the sector

It reported that the “economic environment” had favored the reopening of hotels that had been shut down during the pandemic.

“On average, bed occupancy improved significantly in Mombasa and Nairobi in June on account of improved tourist arrivals and the economic environment. Most of these hotels reported full occupancy. However, hotels in the rest of the country reported reduced activity in July, as bed occupancy and conference services dropped across the country at the start of the new fiscal year,” read the report.

“Conference facilities also enjoyed healthy bookings due to “normal business cycles in conference services as corporate and government institutions increased their conferences and workshops towards the end of the fiscal year.”

But this does not leave business people unworried. Lake Elementaita Mountain Lodge General Manager Charles Muchangi says the electioneering period could make or kill the industry.

“Poorly managed electioneering and post-election processes could negate the gains the industry has made hitherto. Hotels, restaurants, tour firms and airlines are sensitive to political processes because political instability before, during and after an election can easily bring hospitality businesses to the brink of a price. Undoubtedly, hospitality businesses depend on the political environment,” says Muchangi.

It is not a farfetched thought that the industry could be rocked by tensions that come around elections.

This could be a double whammy for the sector following the Covid-19 blow.

“Political activities often turn dramatic and chaotic. They are characterized by stereotyping, hatemongering and xenophobic attitudes. The fear, anxiety and panic that is related to the aforementioned cause of a sharp decline in the number of international tourists,” says Muchangi.

“During this period, the tourism industry depends on domestic tourists. Local market movement is also limited and inhibited owing to perceived political hotspots and animosity within the country,” says

Mr Muchangi is afraid that such instability could have long-term effects on the sector, including driving away investors.

“Owing to speculation, investors’ confidence diminishes. This is because potential investors in the hospitality industry fear losing their hard-earned investments as a result of the violent election aftermath. The fear of post-election unrest, looting, and forceful removal of persons is scary. As a result, hospitality investment projects (new hotels, airlines, tour firms, acquisitions, mergers) are shelved. This is a blow to an industry that has great potential and that constantly years to grow and expand. This has an adverse effect on the potential job creation and business opportunities,” he says.

But tourists might be positive the country will remain stable, with the CBK survey showing the forward bookings have been on the rise even as foreign client numbers increase towards the pre-Covid-19 levels, improving “significantly, particularly for Mombasa.”

“Majority of hotels in Nairobi and the rest of the country reported improved bookings and the numbers stood to improve further, given their high reliance on walk-in clients and short-term bookings. Forward hotel bookings for the period August to November 2022 are strong especially in Mombasa and Nairobi, indicating a recovery in demand. The majority of respondent hotels expect the sector to continue recovering back to the pre-Covid-19 levels of operations by the end of the year,” says MPC.

Mr Muchangi says everything has to be done to protect the industry. He hopes there will not be a destabilization post-elections if to sustain the industry’s momentum.

“A well-cushioned hospitality industry is the lasting solution to the elusive sustainability of the industry. Proper safeguards have to be put in place as a prerequisite for the industry’s growth,” he says.