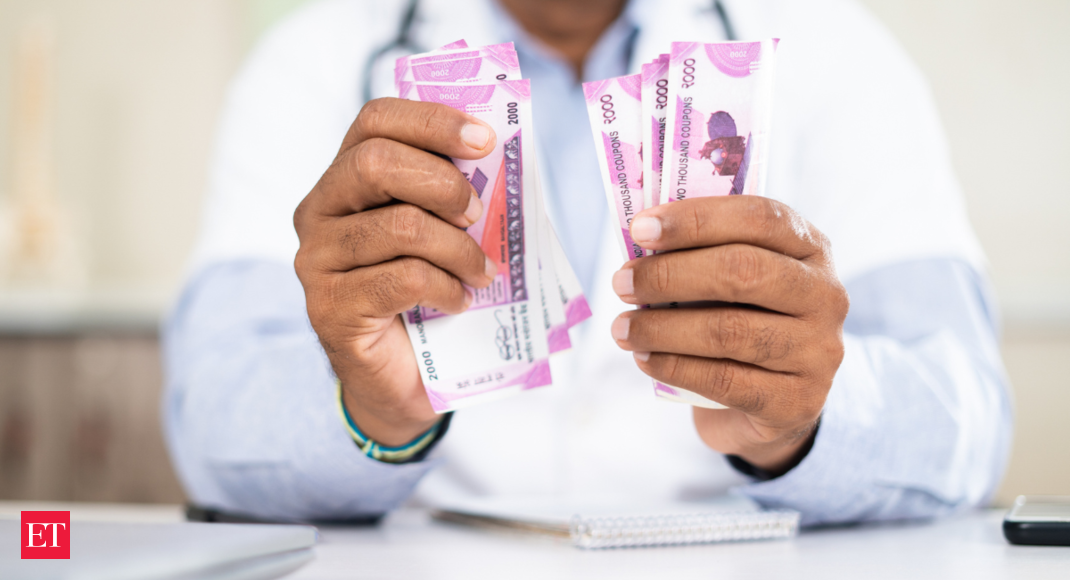 Medical expenses have been soaring and the bills for patients are now going to further inflate with the imposition of GST on some non-ICU beds in hospitals across India, where mediclaim penetration remains abysmally low.

As part of the tax rate rationalization exercise, the Goods and Services Tax Council imposed 5% GST on non-ICU hospital beds whose rent is above Rs 5,000 a day.

The GST imposition drew flak from opposition, while stakeholders including hospital associations flagged concerns that GST on hospital beds will increase the cost of healthcare for patients in the absence of input tax credit for hospitals. This will also introduce compliance and related challenges for the healthcare sector, which is otherwise exempt from GST.

“Typically, bed charges constitute approximately 10-12% of average medical expenditure for hospitalization in for-profit hospitals,” said Mythri Macherla, assistant vice president and sector head at ICRA. “In the absence of input tax credit, we expect the hospitals to pass on the levy to patients, making it largely credit-neutral for hospitals. However, given that in most cases, hospitals tend to offer packages for various treatments, computing bed cost separately is likely to be a challenge and clarity on the same is awaited.”

Naresh Sheth, partner at audit and tax services provider NA Shah Associates said the additional levy will surely cast an additional burden on patients as no hospital would be bearing such a huge tax cost.

Let’s take an example of a corporate hospital serving 200 patients in a day and charging Rs. 6,000 room rent per day. The tax outgo per day will be Rs.60,000 in such a case and that turns out to be 2.19 crores for the hospital in a year.

The proposed tax levy, apart from being a bit unfair, would be litigation prone as it is not in consonance with statutory provision prescribing tax treatment of composite supply, he added.

Sandhya J, Group Chief Financial Officer at Narayana Health, said it is not fair to add GST and burden patients who don’t come to hospital out of choice but they are under extreme pain and misery.

“Healthcare insurance is very under penetrated in our country. Many times, people have to sell their jewelery and property to pay for medical care. There are hundreds of avenues available for the government to earn revenue. The last thing they should touch is healthcare. Not in our country, not in any country,” she said.

When asked if hospitals will have to pass on the additional levy, Sandhya J said the government in a way wants the hospitals to pass the levy to patients or else they would have provided input tax set off.

“Due to inefficient tax structures and poor reimbursement on government schemes, hospitals are under tremendous pressure in terms of their margins. So this comes on top,” she said.

The entire tax will be on-cost, she added. Reducing the cost of healthcare is a key priority for the government and hospitals have been making representations to provide zero rated output tax for healthcare to avail input credit. Instead, the government has introduced additional tax without providing any input set off, the CFO said.

Ergo in a blog post said that 75% of the Indian population pays for healthcare services from their own pockets as health insurance penetration remains low in a country where the healthcare system is in “bad shape” due to low government healthcare spend and absence of concrete regulatory policies.

According to policy think-tank Niti Aayog, nearly 30% or 42 crore of India’s population are devoid of any health insurance, with actual numbers being higher due to gaps in the existing scheme and overlap between the schemes. Insurance Regulatory and Development Authority of India in its 2021 annual report said that general and health insurance companies have covered 51.47 crore lives, where 66.62% of the lives were covered under government sponsored health insurance schemes and 10.32% of the lives were covered under individual policies .

In reality though, most patients find it extremely difficult to get a hospital bed if they want reimbursements under government-sponsored schemes.

Ria Sarkar, who had to admit her father in a reputed Kolkata hospital for a cardiac arrest, said that she was discouraged from making a claim under the government health insurance scheme.

“The hospital said they need to fit a stent and they won’t provide a top notch one if my father has to use the government health insurance,” she said. “I think all patients are amateurs when it comes to treatment processes and all that we think about is saving our lives even at the cost of giving up all our hard-earned money.”

Sarkar was asked to pay Rs. 4 lakhs for coronary angioplasty, stent insertion and a three-night stay.

Separately, many insurance policies do not cover the entire value of bed charges and it is to be seen if insurance providers will provide a reimbursement of the additional levy.

Ranjeet Mahtani, partner at tax and regulatory firm Dhruva Advisors, said an issue that may arise is whether the insured can avail

of the GST charged by the hospital and simultaneously have reimbursement from the insurance company.

The GST imposition will prove to be both inflationary and burdensome on the consumers or patients, he said, adding that potentially, insurance premiums may rise, given that insurers will have to reimburse the added tax component too.

Queries to two top insurance providers on chances of higher premiums following the GST rate imposition did not elicit a response so far.

According to Practo, the average cost of cancer treatment in India is Rs. 5 lakhs and it can shoot up to nearly Rs. 30 lakhs in India.

India’s Revenue Secretary Tarun Bajaj has claimed that the 5% GST on non-ICU hospital rooms costing above Rs 5,000 will not hit affordable healthcare for a large section of people and the impact of the levy would only be miniscule.

However, with such bloated bills in hospitals, patients across economic sections are set for a financial shock and healthcare debt.

Inflation has already hit citizens hard amid supply bottlenecks due to the Russia-Ukraine conflict soon after the pandemic that had rendered millions jobless in India alone. While Indians are having to cough up a lot more on items ranging from milk-to-cars, getting hospitalized is thus another nightmare.