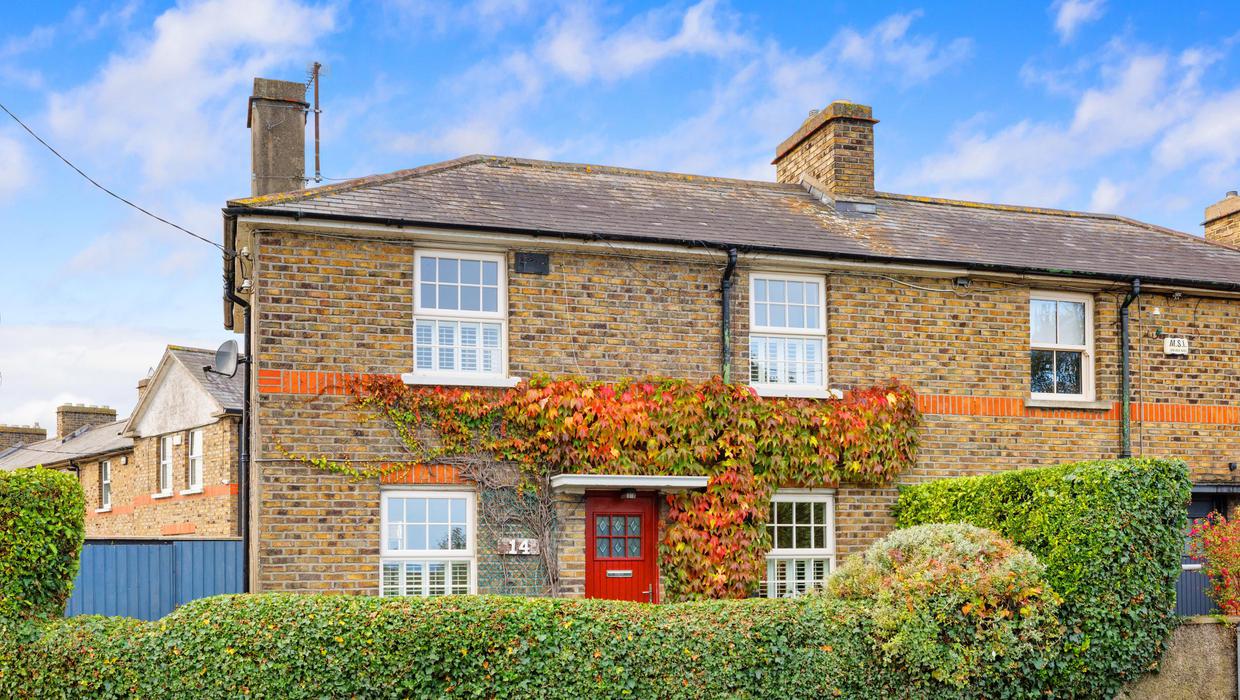 ith its butterly brick facade and ivy-covered doorway, No14 Sallynoggin Villas is as pretty as a picture, but there’s more to this good looking three-bed semi than kerb appeal. In fact, if walls could talk, it would have quite a story to tell.

Originally commissioned in 1904, when Kingstown Urban District Council sought tenders for the construction of artisan dwellings in the area, Sallynoggin Villas were built during the turbulent times of the War of Independence and the Civil War.

When construction was completed later in the 1920s, they became part of a new era, in a district whose name had recently been changed from Kingstown to Dun Laoghaire.

No14 has come a long way since then.

A recent renovation brought it firmly into the 21st century with rewiring, replumbing and insulation, along with a new gas boiler, water tank and double-glazed windows.

The result is a modern, airy home with a zoned heating system and a C2 BER.

At 925 sq ft, it’s a fairly standard size for a three-bed semi, but if new owners fancy more space in this popular south Dublin suburb, the property is being sold with full planning permission for a two-storey, 450 sq ft extension to the rear.

As it stands, the double-fronted house opens into an entrance hall with a living room to the left and a kitchen/diner to the right.

There’s a utility room, cloakroom and wet room to the rear of the house, with the three bedrooms and a family bathroom upstairs.

Located near the Glenageary roundabout, this home is within walking distance of Monkstown, Glasthule and Dun Laoghaire and has a host of shops, schools and leisure amenities on its doorstep. No14 Sallynoggin Villas is for sale at €525,000 — for more information call Lisney Sotheby’s International Realty (01) 285 1005.