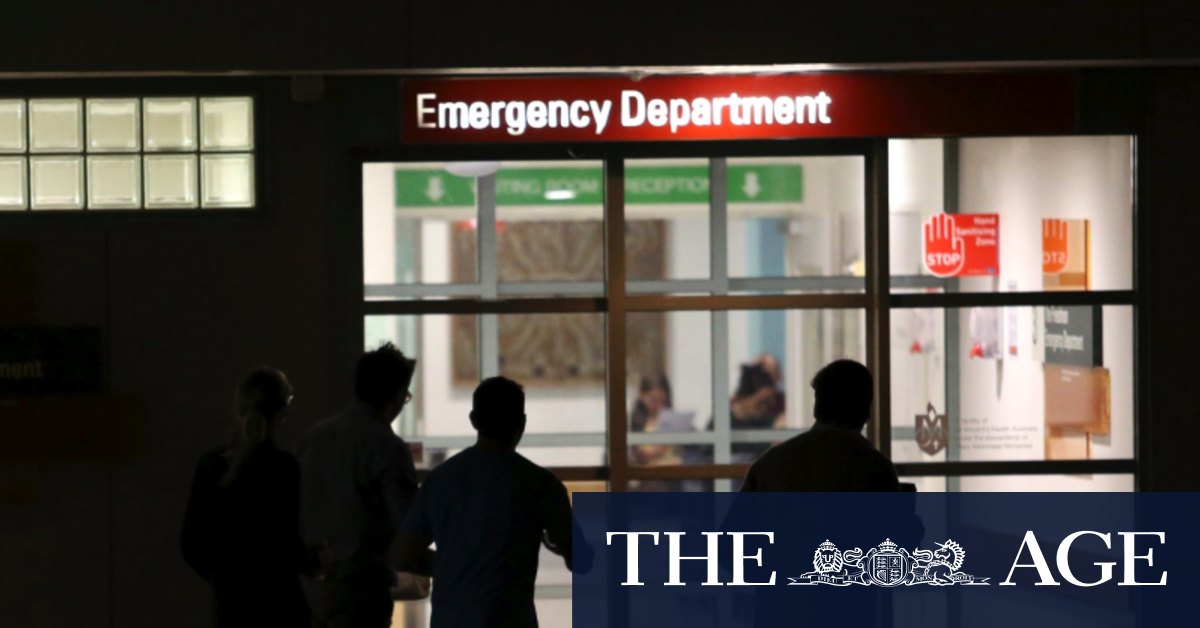 Every day in Victoria ambulances are ramped outside hospitals as seriously ill people are treated inside on stretchers in overcrowded emergency departments. There are not enough beds to admit all the state’s unwell and on any given day 2000 exhausted hospital workers across the state are furloughed due to coronavirus.

At least a dozen Victorians, including children, have died waiting for ambulances and senior doctors and nurses say overcrowding in Victoria’s emergency departments is the worst it has been in years, leading to waiting times of more than 12 hours.

This week, six health experts, from a former chief medical officer to an emergency doctor, shared their view of what governments can do to fix the struggling healthcare system.

Former secretary of the department of health Professor Stephen Duckett says Victoria is experiencing what he calls a “care deficit”. Problems like ambulance ramping and overcrowded EDs predate COVID-19, but people who delayed care during the pandemic has meant a flood of very sick patients in the emergency departments. Record demand has been met with an inadequate number of hospital beds.

“The blockage has been at the exit of the hospital and it has been for years,” Duckett says. “A big part of the problem is there is not adequate residential aged care and the disability system is in disarray. People are in the hospital for way too long and they can’t get discharged because there is nowhere for them to go.”

Federal government failure to provide enough aged residential and disability care places means the aged and disabled are staying for weeks or months in hospitals as they wait to be assessed for a residential care bed.

“If you don’t need acute care you should be in residential care not in a hospital bed,” he said. “The state needs to be working with the Commonwealth to get this fixed and they need to be putting pressure on the Commonwealth.”

Asked about staffing shortages, Duckett says it is “outrageous” that Australia relies so heavily on overseas workers to fill gaps, particularly for areas like aged care.

“It seems to me there is no reason why Victoria isn’t self-sufficient in terms of all aspects of the health workforce,” he says.

More needs to be done to entice people into the profession in Australia, including better pay, conditions and training for nurses and those working in aged care and disability sectors. There also has to be more incentives for doctors and nurses to work in rural areas over cities. Improvements are also needed to make aged care more affordable and a safe place where elderly Australians can live out their final years.

“We don’t actually have a health system. We’ve got a series of health services which attempt to work together, but we don’t have governance or funding mechanisms to integrate them.”

Skinner, an emergency physician, wants the next federal health minister to establish a national health commission to bring together federal, state and territory leaders, local governments, doctors and nurses to redesign the system from the ground up.

Hospitals, aged care, disability care and multidisciplinary services, including those for people with chronic disease, would all be part of it.

Data collection on the workforce and the use of diagnostic tests were also required to show the parts of the system that are working and those that are not.

“The trouble here is there’s no easy solution to this. The solutions are long-term, and they’re complicated,” Skinner says.

“But we should decide as a population what we want out of our health system and how we’re going to allocate our resources and not just leave that to chance.”

Australian Medical Association federal president Omar Khorshid says decades of underinvestment in hospitals means the system has not kept up with demand – a shortfall that “has to be addressed at some point”.

More hospitals are needed in suburbs where the populations are booming or aging, while many hospitals are crying out for more beds and resources. Khorshid says closed beds could be reopened if the right equipment and staff were installed.

The federal government needed to raise its contribution to hospitals from 45 to 50 per cent of total funding and abolish a 6.5 per cent growth cap on hospital funding, which would feed in an extra $20 billion over four years.

That might sound like a hefty price tag, but it’s comparable to other election commitments, and according to Khordshid it’s money well spent.

“This is an investment in a healthy community. If we can keep people well, they can go back to work, pay taxes, stay off welfare or disability support. There’s a lot of economic benefits of keeping the population healthy. That’s one of the lessons of the pandemic.”

Extra funding should be offered to health services that can prove they are performing well on patient outcomes to avoid a race to the bottom, he says.

More incentives are needed to recruit nurses and GPs, particularly in primary care. The employment conditions and entitlements doctors access in hospitals should be extended to GP clinics to encourage junior doctors to work in community settings.

Former deputy chief medical officer for the federal government, John Mathews, says there are “no easy solutions” but a reflex response from governments to deny there is a problem does not help. The system needs crucial health data which he suspects would be the key.

“Such a lack of transparency is often justified on grounds of patient or client privacy,” Mathews says. “But such an attitude can prevent important research.”

Mathews says more needs to be done to entice people to choose a career in the aged and disability sector, such as increasing salaries to reflect the crucial work they do and providing adequate training.

The University of Melbourne professor, who as chief medical officer in 2004 co-wrote a report warning the Commonwealth of the impending threat of a pandemic and our failure to prepare for such a crisis, says the public must also be re-educated on when to attend n emergency department, when to call an ambulance and when to go see their GP.

Too many people are flooding to the ED when they do not need to be there or calling an ambulance when it was not a life-threatening or serious situation.

Mathews also says training and education should be shared more between health and medical disciplines. “We need to think more about how the different health professions should be trained to co-operate with each other, as well as to strive for excellence in their own disciplines,” he says.

Victoria’s health system is too fragmented, says Professor Emeritus Joan Ozanne-Smith, and should follow NSW by adopting a patient identifier system able to track patients between hospitals. At the moment hospital admissions and emergency department data are not linked.

“Better understanding of hospital admissions data at the population level would inform prevention measures,” she says.

On the issue of bed blocking, Ozanne-Smith says there is a clear problem of chronic underfunding of hospitals and underpayment of some healthcare workers over many years, which has resulted in inefficiency and staffing shortages.

Ozanne-Smith says while general practitioners should be the first point of contact for patients with minor illnesses and injuries, many of these cases present to hospital emergency departments instead.

“It suggests that financial incentives to general practices to operate for longer hours or at greater capacity and to bulk bill may be necessary to make this the contact point of choice to reduce pressure on hospitals,” she says.

Terry Slevin: Fence the top of the cliff

The key to solving the health crisis in Victoria is preventing people from ending up in hospitals in the first place, says Terry Slevin, chief executive officer for the Public Health Association of Australia.

“Rather than all the anxiety, the cost, the pain, the angst and the effort to drag away broken bodies at the bottom of the cliff. How about we just put a decent sized fence at the top of the cliff to stop people falling off in the first place,” Slevin says.

The pandemic had exposed weaknesses in Victoria’s public health capabilities, Slevin says, and preventive health initiatives often struggled for funding over what were seen as more urgent issues, such as new hospital wards and beds.

A first step in easing the pressure on hospitals would be the development of an Australian Center for Disease Control so the country is ready for the next epidemic or pandemic. Slevin says more also needs to be done to prevent chronic diseases, like diabetes and heart disease, which put an immense burden on hospital and emergency departments.

He points to the highly successful tobacco campaign, which led to lung cancer plummeting. Similar campaigns for breast and skin cancer have also resulted in early detection.

Australia is also on the cusp of becoming the first country in the world to eliminate cervical cancer following the success of the human papillomavirus vaccination program and the changes to the national cervical screening program.

But chronic diseases like obesity or diabetes, which he described as a “canary in a coal mine”, did not get near enough attention. Both were leading risk factors for cancer and heart disease and resulted in thousands of Australians being hospitalized and flooding to emergency departments each year.

“Various pieces of research suggest if you spend $1 on preventing a disease you prevent spending $14 on fixing the health problem,” he says. “If we think about what we’re doing in relation to preventing the huge burden of chronic disease which all lands in that health system, that conversation has completely evaporated. I find that breathtaking.”

The Morning Edition newsletter is our guide to the day’s most important and interesting stories, analysis and insights. Sign up here.