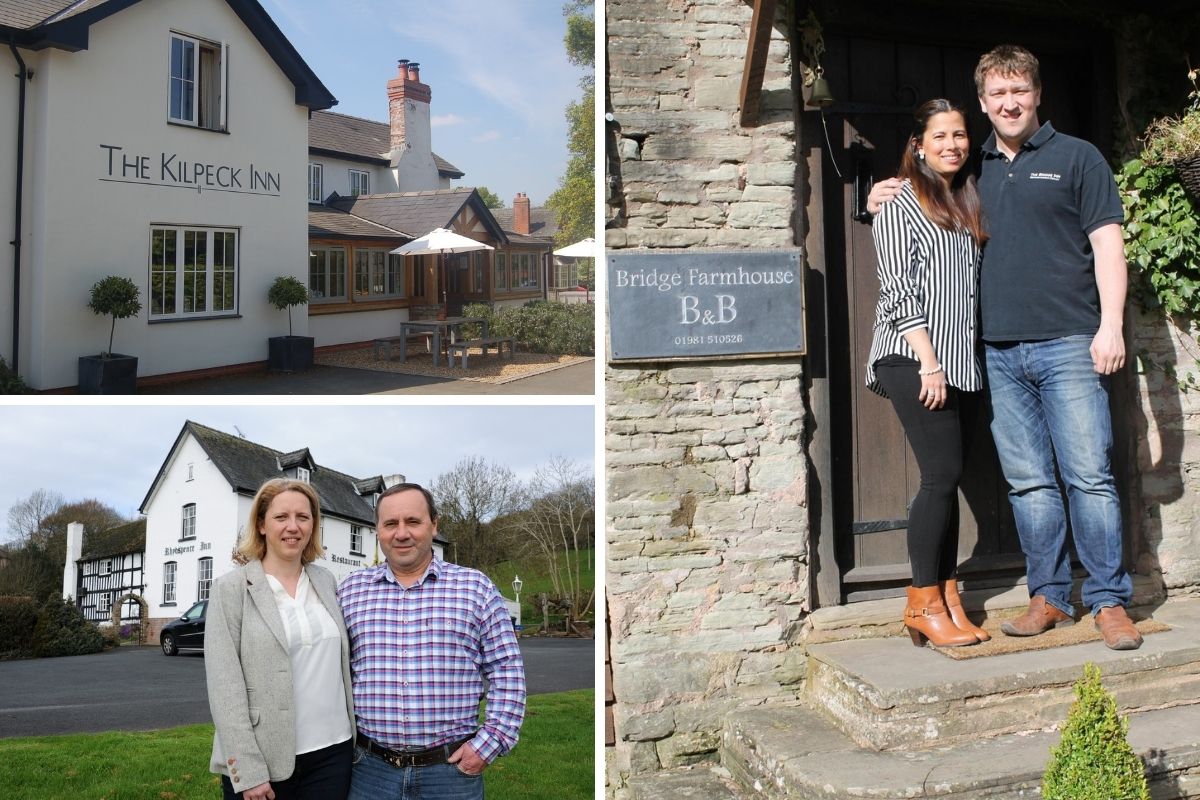 HEREFORDSHIRE has featured on Channel 4’s Four in a Bed multiple times over the years, with B&Bs across the county proving they are worthy of a visit.

Four in a Bed sees four bed and breakfast owners visiting each other’s properties and then scoring them on a list of hospitality criteria.

But the results are based on what the other participants feel their stay is worth.

Here is a list of B&Bs in Herefordshire that have starred on the show:

The Kilpeck Inn, in the south of the county, featured in 2017.

Chef Ross Williams and front of house manager Kath Capel welcomed the other contestants to the historic village of Kilpeck.

The Inn offers local and seasonal food, real ales, and fine wines in a warm and welcoming atmosphere.

Kilpeck is famous for its beautiful Romanesque church which is just a few minutes’ walk from the inn.

The Inn itself has held a central role in village life for over 250 years and after an extensive refurbishment project re-opened in 2010 as a perfect example of a contemporary country inn.

Rhydspence Inn behind its owners Mark and Lowri Price

The final visit of the series in 2017 was the 600-year-old Rhydspence Inn in Herefordshire, owned by Mark and Lowrie Price.

All guests are charmed by the medieval inn, but there was still underlying tension, when the B&B came second in the end on the programme.

The 14th Century Country Inn, situated on the Welsh border of the Wye Valley between Hay-on-Wye and Whitney-on-Wye, is a former drovers inn that enjoys magnificent views of the Welsh hills and picturesque Herefordshire countryside.

A traditional gypsy caravan based in Wrigglesbrook featured on the tv program in 2011, when they came third out of three contestants.

Situated in the Heart of the Wye Valley in one of Britain’s most stunning areas of Outstanding Natural Beauty, it is an ideal place for a romantic break or an unusual place to stay.

Orles Barn in Ross on Wye

Kelly and Richard Bailey, owners of Orles Barn Restaurant with Rooms, in Ross-on-Wye, came third in the Channel Four program Four in a Bed broadcast in 2012 despite getting the highest ever feedback score from fellow bed and breakfast operators.

Kelly Bailey previously said: “Unfortunately, when it came to the last few moments of the show it was revealed that one of the competing bed and breakfast owners had chosen to underpay our bill by £40, despite them being more than happy with their luxury room and our hospitality and that put us in third place.

“We’re not at all disappointed with the result. In fact we’re absolutely delighted to have been chosen to take part. The show has proved to be a great advertisement for the town of Ross-on-Wye and the county of Herefordshire.”

The couple were invited to represent Ross-on-Wye in the show due to their close relationship with local suppliers, butchers and farmers.

It is the only surviving part of the original structure is the former apple store.

Glyn Bufton, who runs The Bridge Farmhouse B&B in Michaelchurch Escley with his wife, Gisela, was asked to appear on the B&B competition programme, Four in a Bed, in the summer of 2015 at short notice after another owner dropped out.

It was just a month after their baby, Harry, was born, so Mr Bufton appeared on the show with Paul Chicken, the chef at his other business The Bridge Inn- also in Michaelchurch.

The Bridge Farmhouse came second, but after the show aired the number of bookings has increased, with many callers mentioning the show, including one booking from the editor of the show itself.