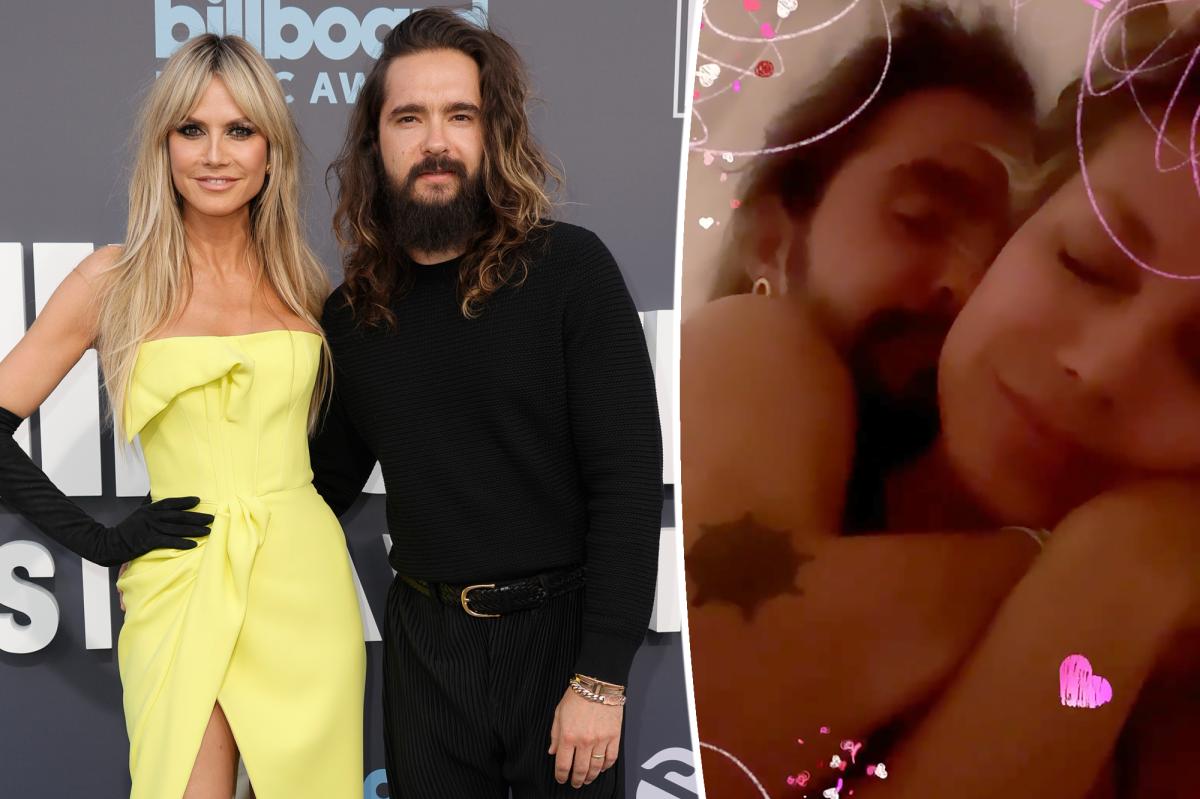 Heidi Klum left little to the imagination on her third wedding anniversary.

The German supermodel, 49, and her rockstar husband, Tom Kaulitz, 32, are heard moaning seductively while cuddling up in bed in a new social media clip.

“I love you more than anything 🥰❤️,” Klum captioned the video, which showed her beau kissing her neck and wrapping his arms around her.

The sweet message, shared three years after the couple said “I do” in Italy, translates to, “I love you more than anything.”

The PDA-happy couple initially wed in a secret ceremony in February 2019, just one year after they started dating.

They later held a lavish Italian wedding ceremony with their friends and family aboard a yacht.

Klum stunned in a strapless gown that featured layers of tulle, while the Tokio Hotel rocker opted for a white blazer and a light blue shirt.

Her eldest daughter has since proved she’s taking after her A-list mom by pursuing a modeling career.

The teen has already covered Vogue Germany, Glamor Germany and Harper’s Bazaar Germany, and even opened Berlin Fashion Week in 2021.

She then landed a spot in Dolce & Gabbana’s Alta Moda show last August, and told Elle she “wasn’t that nervous.”

“I sort of just winged it,” she told the outlet.

Leni, who stunned in a bright blue mini dress, along with a dramatic necklace and earrings, ended up having her crown fastened to her head.

“I was scared it was going to fall off, so they ended up sewing it to my hair,” she said.