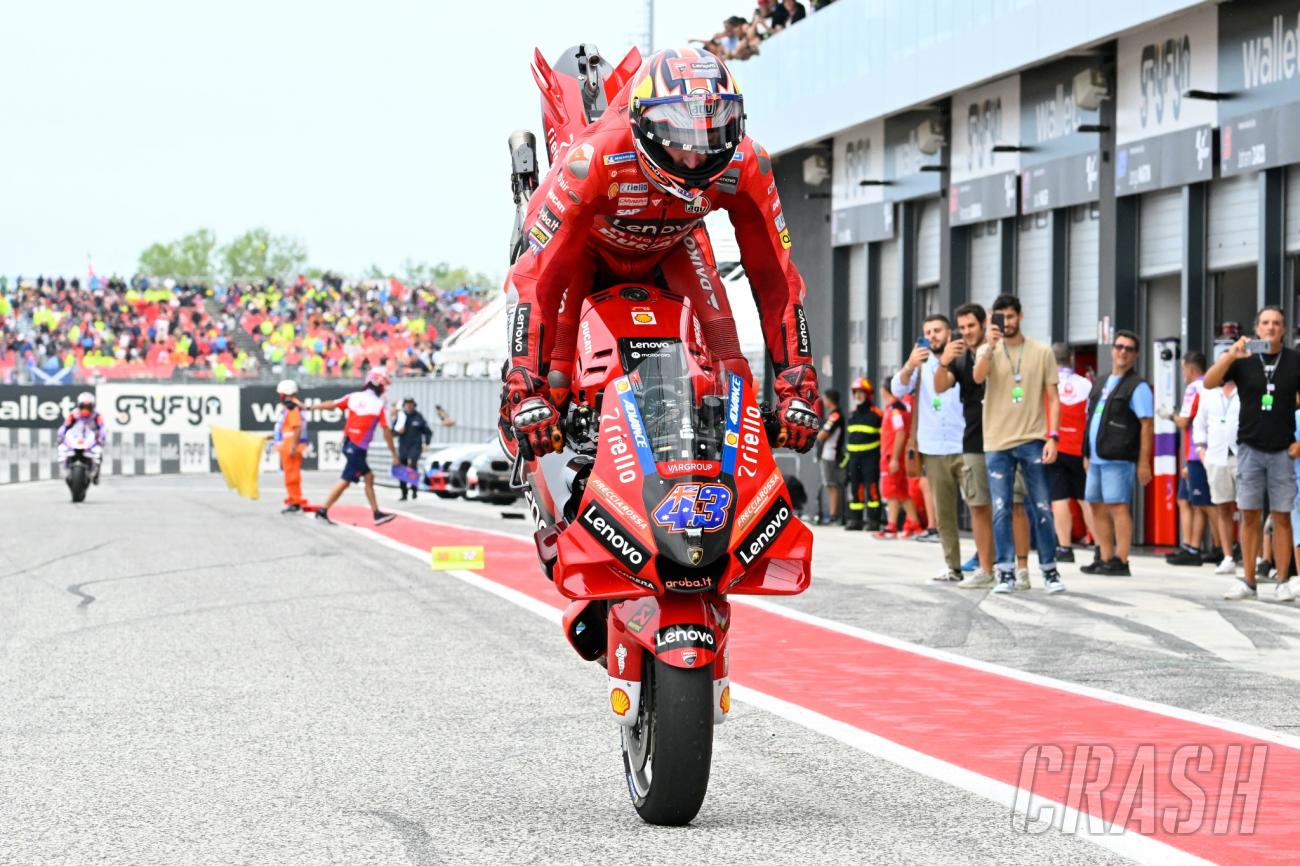 Last on pole position at the 2018 Argentina MotoGP, Miller got the better of team-mate Francesco Bagnaia and the man who will replace him at Ducati next season, Enea Bastianini.

A three-time race winner in the premier class, Miller has a golden opportunity to make that four on Sunday, but the future KTM rider is not getting ahead of himself.

“We’ll just take the race how it comes,” said Miller. “The weather is a big question mark and the forecast isn’t brilliant. But no, I feel good and we’ve been getting stronger week-in-week-out and last weekend [Austria] was really the first time I could at least have a lunge at him but he soon put me to bed.

“We’ll try again this week. We’ve got a lot of boys going really fast but also qualifying put a couple of those fast boys further back down the grid than they would have liked to be.

“I think we have a good chance. We won’t look at it too much and take it as it comes. I’m in good form at the moment and the bike is working extremely well at the moment.”

‘She found a gray hair, I’m on the back-end’ – Miller jokes that two years at KTM will be enough

Arguably in the form of his life, Miller has put a lot down to being more settled off-track which will include getting married in the near future.

“It’s a bit of everything really. Being engaged has calmed me down a bit and it helps take my mind away from things, I guess,” added Miller in the post-qualifying press conference.

“Being on the other side of the world, being away from everything, it’s nice to have someone to talk to and what-not.

“I’m getting old – she [girlfriend] gave me a haircut the other day and found a gray hair. I’m on the back end of it [career] now [laughs]. At least two years with KTM will be alright.”

Miller pushing to the ‘maximum’ with every MotoGP lap

With Misano being one of the shorter circuits on the calendar and tires usually playing less of a role in the outcome of the Grand Prix, it’s possible that most riders will be pushing flat out for the entirety of the Grand Prix.

That’s a sentiment that both Aprilia riders shared after qualifying, however, Miller claims this is the case every weekend for him, not just at Misano.

Miller said: “I think the drop on the medium – I only used it yesterday but it doesn’t seem like there’s a drop.

“I don’t know about those guys [Aleix Espargaro and Maverick Vinales] but I spend every lap of every weekend pushing to my maximum.

“Whether or not I can do it – I don’t know if they mean brainlessly but at the end of the day you can’t just do it by whacking the throttle on.”

Miller will be joined on the front row for Sunday’s race by Bastianini and Marco Bezzecchi, with Bagnaia dropping to fifth place following his three-place grid penalty.