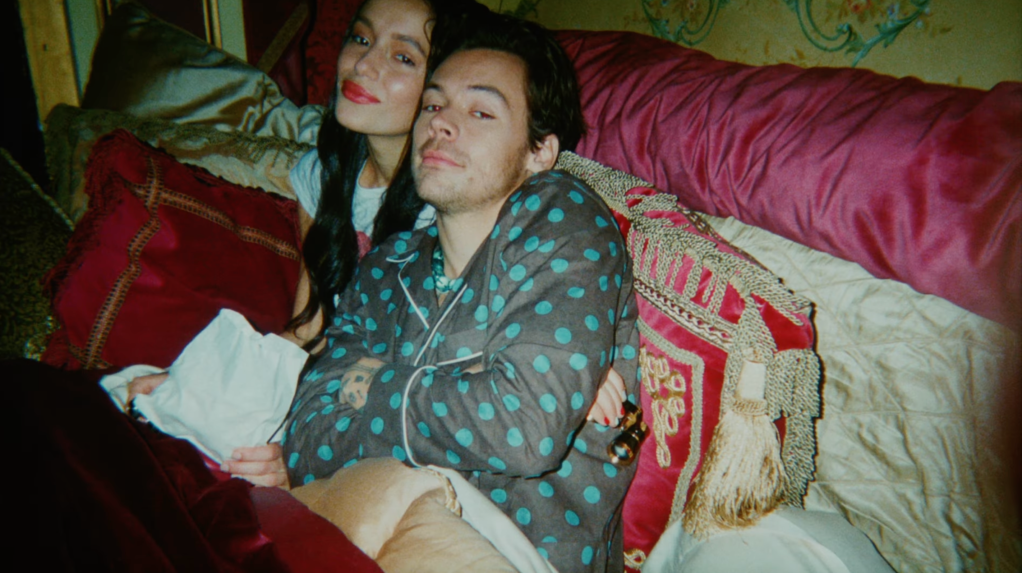 Harry Styles treated fans to a sort of breakfast-in-bed Wednesday morning with the new music video for “Late Night Talking,” the second single off his latest studio album, “Harry’s House.”

The new video sees Styles spending the whole day in bed — many, many beds, with dozens of different people — while performing the cheerful pop song in polka-dot PJs throughout several locations.

The video starts with Styles in his own sheets, seemingly surprised at finding himself alone there, before he ends up with bedmates aplenty as he winds up falling through the covers to an art gallery, a bustling road in front of Buckingham Palace, a fancy theater stage and a field of grass, until he eventually ends up navigating thunderous skies. For the few scenes where he’s not lounging on a mattress, the singer is ebulliently engaged in a massive pillow fight or eating spaghetti and meatballs with one of his many bed buddies.

Styles’ sleeping-around-positive video was first teased two days prior to its release on Twitter and the official Harry Styles HQ Instagram account. The teaser trailer showed the video’s ending credits, where Styles is lying in the first bed of the “Late Night Talking” video while whistling along and moving his feet to the beat.

“Late Night Talking” finally satisfied fans’ curiosity about what exactly it was Styles was shooting back in April when he was seen being driven around London atop a giant bed. Styles and his gigantic furniture were parked for a while in the city’s Mall, which was shut down for filming, with Buckingham Palace in the background.

This is the second music video for the “Harry’s House” album, which dropped in May, not counting the “Daylight” video he shot with James Corden for the “Late Late Show.” The first was “As It Was,” the single that is currently on a nine-week streak at No. 1 on the Billboard Hot 100.

Watch the video for “Late Night Talking” below: