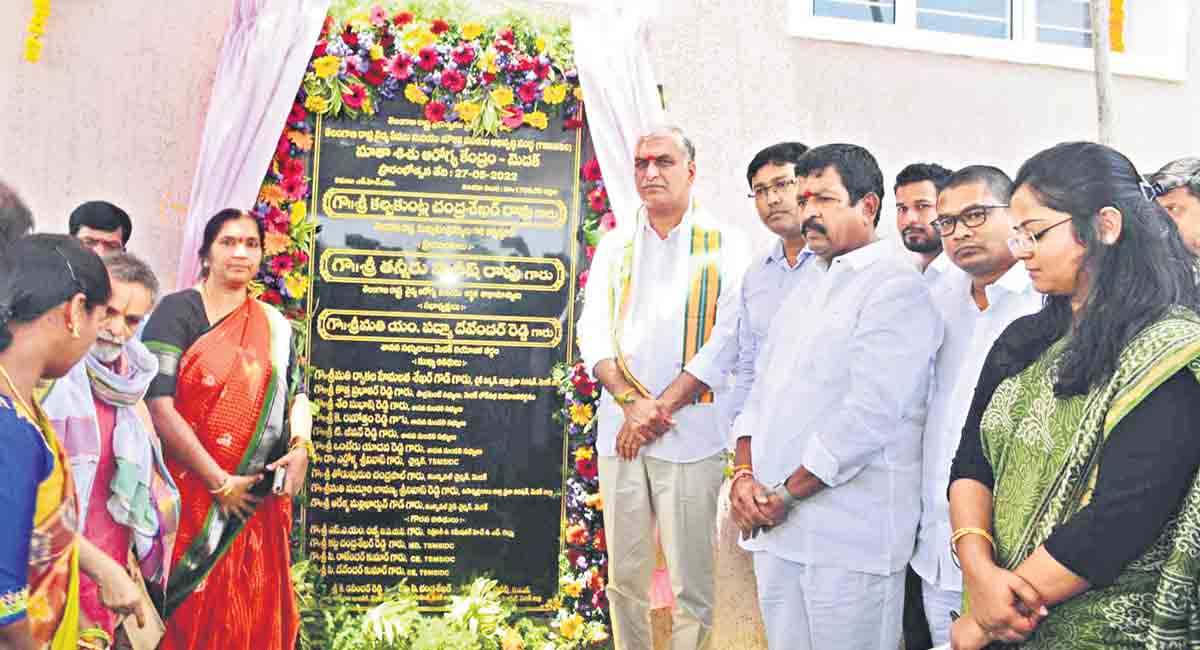 Medak: Finance and Health Minister T Harish Rao inaugurated the 100-bed Mother and Child Health Care Center (MCH) in Medak on Wednesday. The hospital was built with a budget of Rs 17 crore.

The Minister also laid a foundation stone for the construction of a municipal complex at Ramdas Junction in Medak town. The works will be taken up with a budget of Rs 3 crore. He also handed over Dalit Bandhu units to 100 beneficiaries from Medak Assembly Constituency during his visit on Friday. He also inaugurated a skill development center in the town.

Stating that the ASHA workers stand on the frontline of the public health system, the Health Minister has said that the Chief Minister K Chandrashekhar Rao has enhanced their salary to Rs 9,500 per month from Rs 1,500 considering the importance of their role.

Alerting the ASHA workers not to fall prey to the private hospitals which would lure them by offering a commission if they get patients to their hospitals, Rao said that they would take stern action against them.

Now you can get handpicked stories from Telangana Today on Telegram every day. Click the link to subscribe.