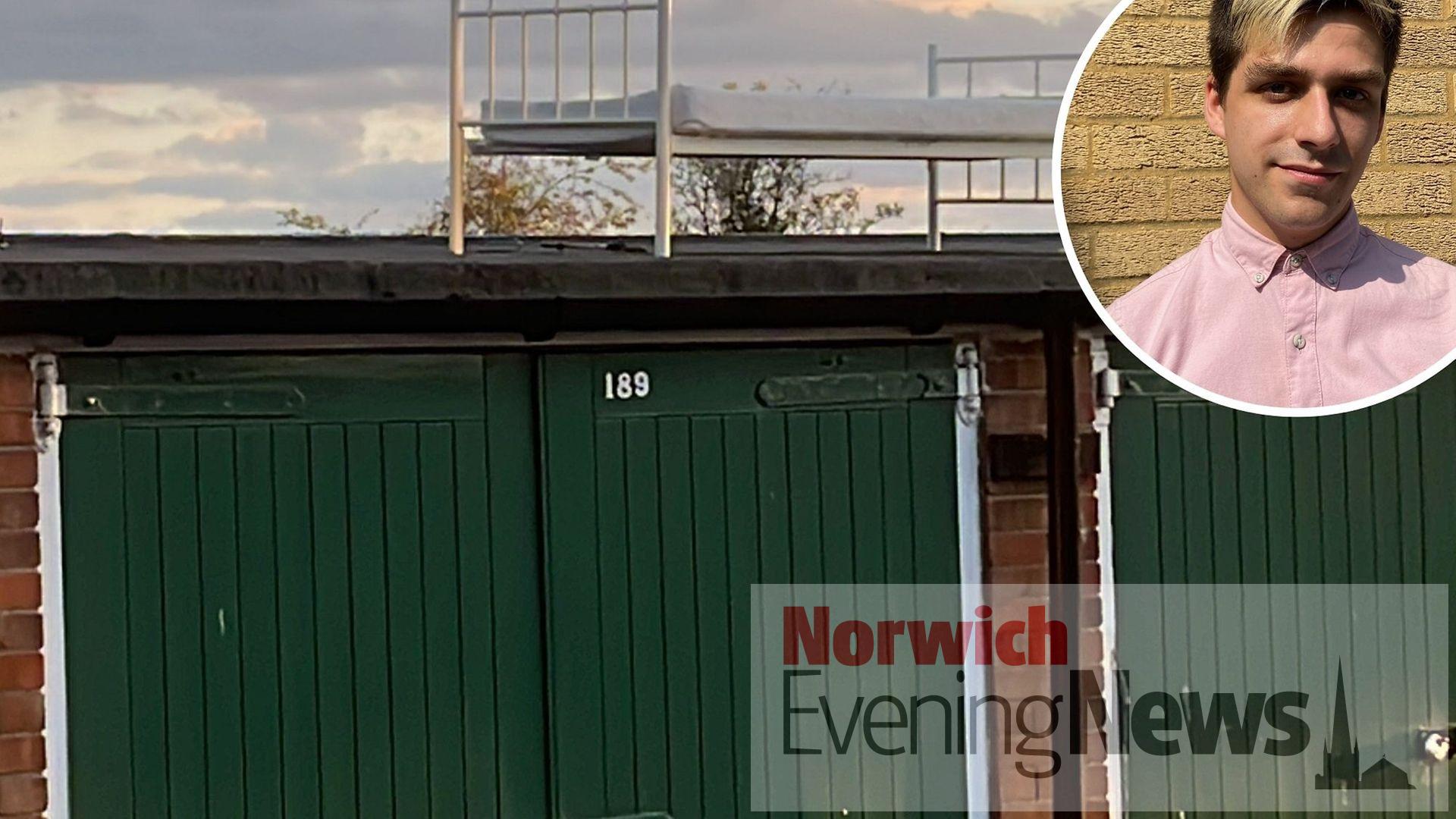 An unwanted bed complete with a mattress which was left on top of garages in a Norwich street has finally been removed.

The furniture had been dumped in Gertrude Road – which is located just off Mousehold Avenue – to the bafflement of those living nearby in late September.

Overlooking Sandy Park, the bed had been left on the same garages where a rotten sofa had also been abandoned in July.

And the recent appearance of the bed prompted wider concerns about anti-social behavior and littering in the area.

There are concerns with the state of Sandy Park on Gertrude Road
– Credit: Alex Catt

Councillors believe there is a link between the garage furniture and litter appearing in the park below.

Alex Catt, Green party city councilor for the Sewell ward, said: “I am disappointed that the council took two weeks to remove this when we know this area is a hotspot for anti-social behaviour.

“We have seen people using this furniture as a place to drink alcohol and, consequently, Sandy Park has been littered with cans, broken glass and sometimes even needles.

“The police are aware but need more support and funding from our police and crime commissioner to adequately tackle these hotspots.”

Julie Brociek-Coulton, Labor city and county councilor for the Sewell ward, added: “I’m just glad that the bed has been taken away and hope no one else will do anything like that again.”

Norwich City Council has said it would not be commenting on this matter.

It comes as broken glass and discarded cigarette packets have been spotted in the sand at the children’s play park.

Councillors have previously called for specific funding to help areas such as Gertrude Road with persistent anti-social behavior issues.

A spokeswoman for Norfolk Police said: “We are aware of the issues in this area.

“We have regular patrols and are working with the community for solutions.”

The abandoned sofa which was on top of the garage ended up in the park at one stage.

Sandy Park on Gertrude Road in the NR3 area of ​​the city where the sofa was left
– Credit: Ben Hardy

The city council website states fly-tipping is a criminal offense which is punishable by fixed penalty notice, an unlimited fine and even imprisonment of up to five years.

Fly-tipping can be reported using a form on the Norwich City Council website.