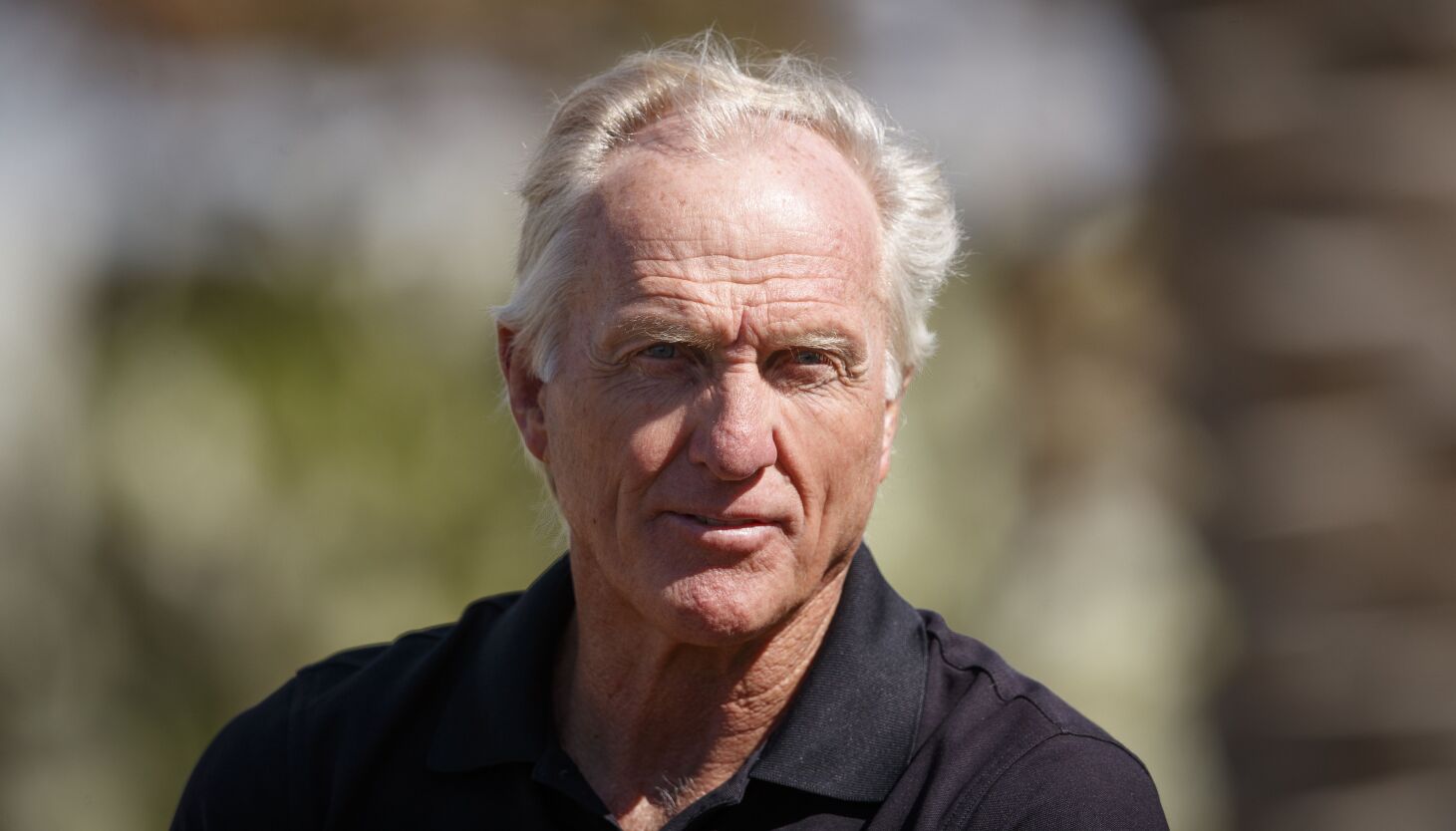 What’s your definition of a mistake? Forgetting to put out the garbage on pickup day? Using “there” when you meant “their?” Driving 15mph over the speed limit?

Or would it be chopping up someone’s body and spiriting away the pieces?

I used to think mistakes were simple. But thanks to retired golfer Greg Norman and his incredibly forgiving ethics, I’ve come to understand that some mistakes are complicated, including those involving butchery. If you go by Norman’s definition of a mistake, you’d be just as likely to forgive John Wayne Gacy for his creative use of a crawl space as you would Saudi Arabia for his involvement in journalist Jamal Khashoggi’s brutal murder, among many others. Hey, the serial killer was just a clown who got lost on the way to the circus, if I have Norman’s logic correct.

“This whole thing about Saudi Arabia and Khashoggi and human rights, talk about it, but also talk about the good that the country is doing in changing its culture,” Norman said recently. “Look, we’ve all made mistakes and you just want to learn from those mistakes and how you can correct them going forward.”

Norman’s views on mistakes might, just might, be informed by his position as chairman of LIV Golf, a Saudi-backed company planning a league that will compete with the PGA Tour for players, attention and money, lots of money. One of those players is Phil Mickelson, another excellent golfer who looks at Saudi Arabia’s history of human-right abuses and immediately thinks, “When do I tee off and can I get my LIV appearance fees annuitized?”

The Khashoggi murder is the atrocity most of us are familiar with when it comes to the Saudis, and it’s the one that would make most decent human beings avoid them at all costs. On Oct. 2, 2018, Khashoggi, a contributing columnist to the Washington Post, walked into the Saudi consulate in Istanbul. A frequent critic of Crown Prince Mohammed bin Salman, the Saudi writer sought a document that stated he was divorced so he could marry his Turkish fiancee. He was never seen again.

A month later, Turkish officials said they had obtained an audio recording of Khashoggi’s murder. A team of 15 Saudi agents had been awaiting his arrival at the consulate. Two were caught on tape discussing how to dispose of a dead person.

“The body is heavy,” one agent says. “First time I cut on the ground. If we take plastic bags and cut it into pieces, it will be finished.”

Another agent asks if “the sacrificial animal” has arrived.

That’s a hell of a mistake, Mr Norman.

Saudi Arabia sentenced eight defendants to prison time for their role in Khashoggi’s slaying. The crown prince said he had no knowledge of the government-backed operation. If you were starting a new golf league, all of this, especially a hacked-to-bits body that has never been found, might give you pause. But you’re not Norman.

It’s said that adversity reveals character. In the case of Norman and Mickelson, money reveals a complete lack of character. They’ve made a deal with the devil. They’ve used a logo-ed golf cap to hide the devil’s horns and designer golf pants to hide his pointy tail.

In February, Mickelson let his true color show in an interview with sportswriter Alan Shipnuck. It was green.

“They’re scary m—–f—— to get involved with,” he said of the Saudis. “We know they killed Khashoggi and have a horrible record on human rights. They execute people over there for being gay. Knowing all of this, why would I even consider it? Because this is a once-in-a-lifetime opportunity to shape how the PGA Tour operates.

“They’ve been able to get by with manipulative, coercive, strong-arm tactics but we, the players, had no recourse. As nice a guy as (PGA Tour commissioner Jay Monahan) comes across as, unless you have leverage, he won’t do what’s right. And the Saudi money has finally given us that leverage. I’m not sure I even want (the new league) to succeed, but just the idea of ​​it is allowing us to get things done with the (PGA) Tour.”

Mickelson later apologized for his comments but said he thought the conversation was off the record, which is like saying, “I’m sorry I cheated on you, but you weren’t supposed to be home until 3.”

Shipnuck is writing an unauthorized biography of Mickelson, and as part of the buildup to its release later this month, he has been releasing details from the book. The most recent is the allegation that the golfer had $40 million in gambling losses from 2010-14. It doesn’t take GPS to get you to a place where Mickelson’s willingness to get dirty with the Saudis might somehow associated with a gambling problem.

Everybody wants to make more money. But most of us aren’t willing to get in bed with murderers to obtain it. Norman and Mickelson? They just want to know if the sheets are the satin they had ordered.