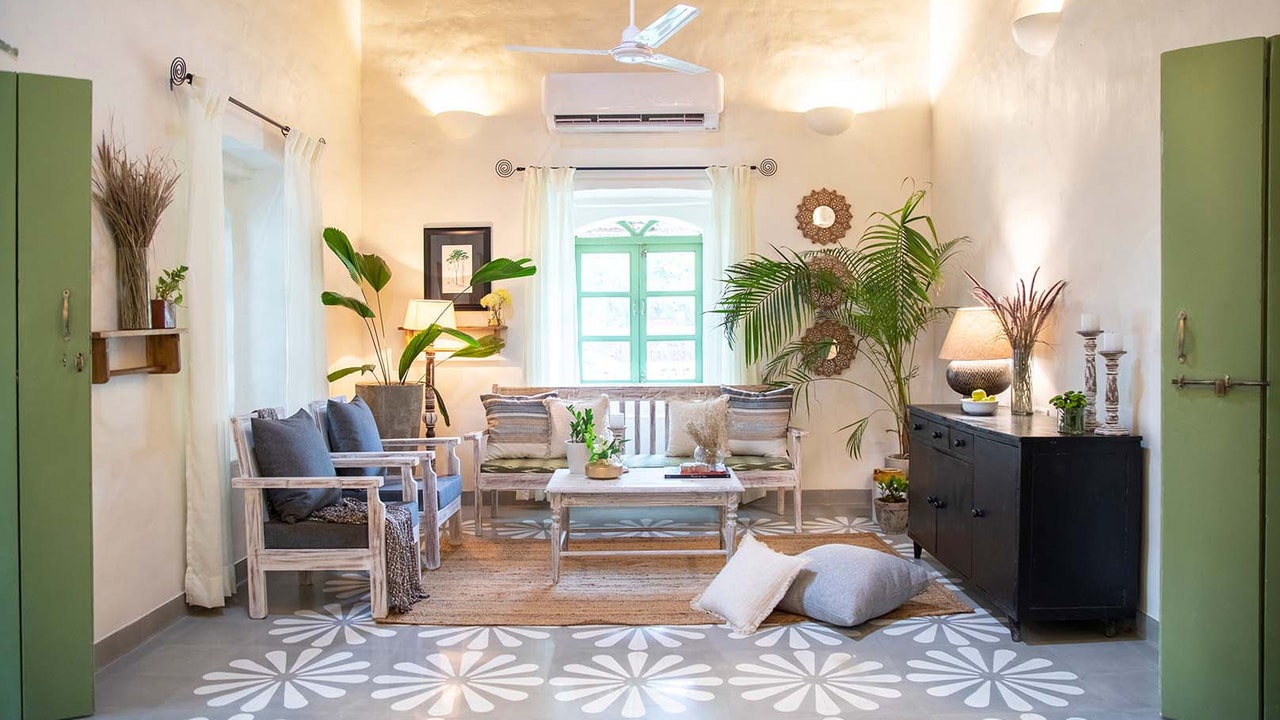 Like most old Goan houses, Casa Gracia has architectural features that refer to its colonial heritage. Its 60 cm thick walls, built of laterite and mud and plastered with lime, are an unmistakable landmark of pre-independence Goa; as does the sloping roofline and colonial-style red oxide floor. So of course it was non-negotiable for Santimano to keep her. “Lime plaster is a material that allows the adobe walls of the house to breathe. And its imperfect finish only adds to the house’s wabi-sabi charm,” she explains. The designer decided on a fashionable twist for the gable roof: the rafters are anthracite, while glass inserts in the Mangalore tiles serve as dreamy light catchers. Santimano also added a handful of new doors and windows, cleverly distressed to match the old ones. She made sure the updates were all lasting: the Mangalore tiles that crown the pavilion come from the ruins of a house nearby, and throughout the bungalow ancient garrafãos (a large jug) and jugs masquerade as decorative elements. “We didn’t fell a single tree, but planned our system around the existing ones,” says the designer.

If you had entered Casa Gracia a century ago, the furniture would not have looked all that different. “All the furniture in the living room has been restored and belonged to the original home,” says Santimano, who chose a soft white tone for the wood tie and block-print fabrics in shades of grey, charcoal and bottle green for the upholstery. Matching the house’s patina, most of the other pieces were either sourced from local antique dealers or custom made for the house. The striking fabric chandelier in the living room was handcrafted by Santimano.