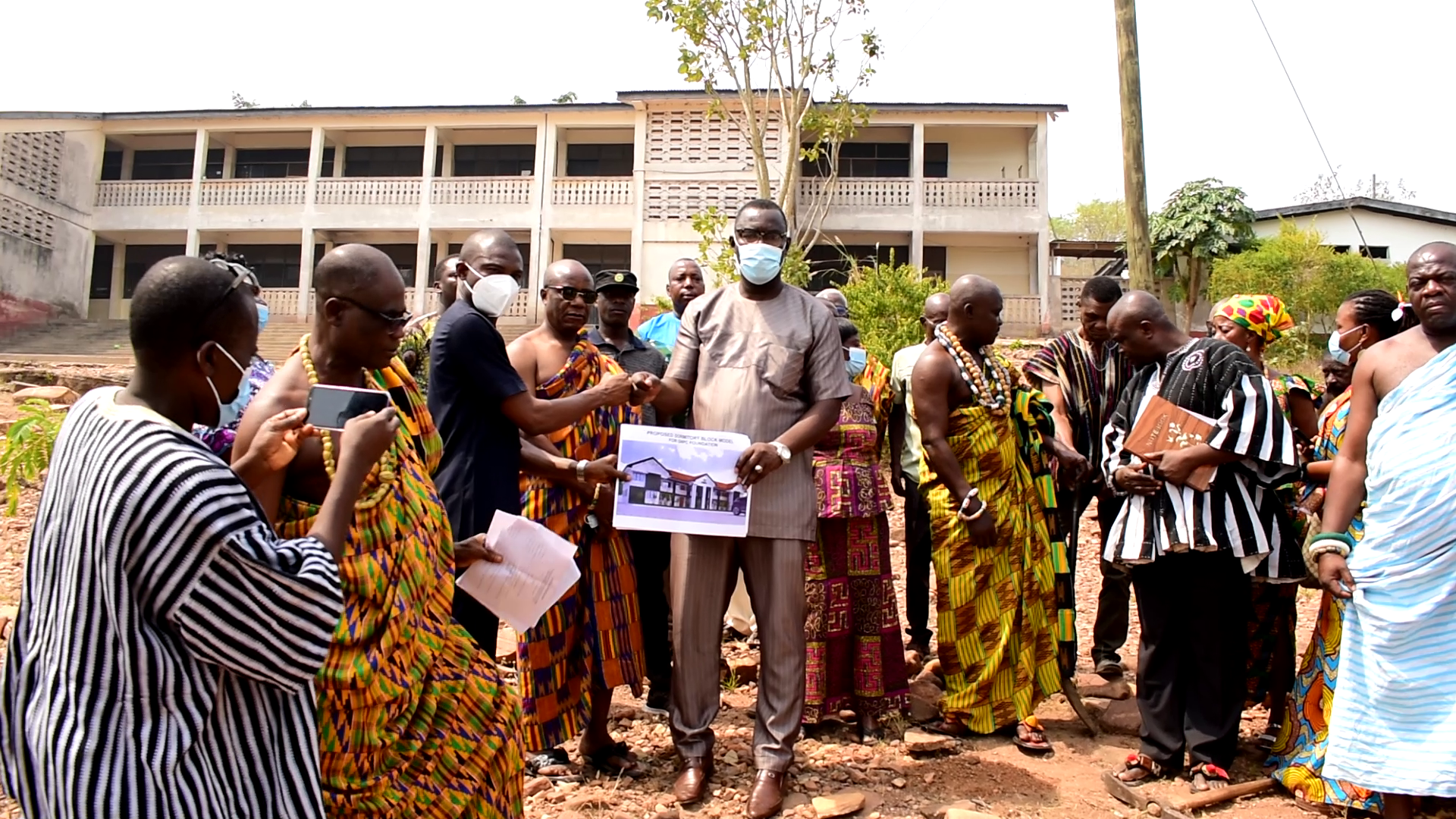 The Ghana National Petroleum Corporation Foundation has stepped in to solve the housing problems of Taviefe Senior High School in the Ho community of the Volta Region.

The foundation, following a call from the traditional authorities of Taviefe, has broken ground to build a capacity of 160 beds and additional facilities in its educational thematic area.

Founded in 1983, Taviefe Senior High School was admitted to the public sector in 1989.

A major challenge for the school was the lack of dormitories for female students.

Taviefe Senior High School principal Rose Menu explained that three classrooms were converted into dormitories for the female students because the 150-bed dormitory could not accommodate the large number.

“Our number of boarding school girls was 415, with only one dormitory block containing six rooms. This only accommodated about half the number.”

“Once all three-year groups were in school, some of the girls had to be moved to the principal’s and caretaker’s bungalows to sleep,” she explained.

The traditional authorities recognized the situation’s hampering of academic activities and launched a campaign to solve the problem.

With the help of Gina Blay, the Ambassador of Ghana to Germany and a daughter of Boden, the Ghana National Petroleum Corporation Foundation has broken ground on the construction of a 160-bed apartment block with a 20-place sanitary block.

The Executive Director of the Foundation, Dr. Dominic Kwesi Eduah said the project is among about 20 projects already underway in the Volta region funded by his institution.

This is the result of a decision to expand the areas covered by the foundation beyond the oil-rich areas to the whole country “since the oil belongs to all Ghanaians”.

He highlighted education, water and sanitation projects that are scattered across the region and at various stages of completion.

dr Eduah said the structure, which is expected to open in four months, will be named after Gina Blay, and it will fund annual maintenance costs.

He also commended the Blay family for the role they played in influencing the organization to assign the school a project that not only creates space for enough students but also improves academic performance, hygiene and student health, especially women.

However, the school administration demanded the construction of a fence wall around the school, beds and a service vehicle.