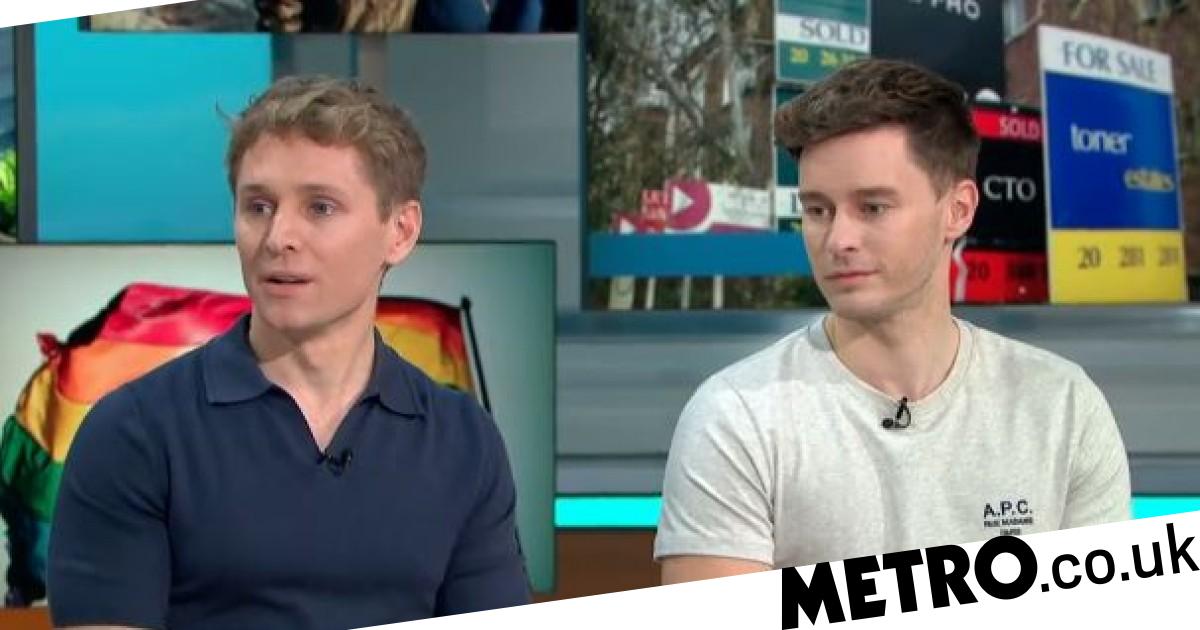 To view this video, please enable JavaScript and consider upgrading to a web browser that supports HTML5 videos

A gay couple told Good Morning Britain today of their anger after being denied a three-bed property in Surrey because of their sexuality.

Lachlan Mantell and Luke Whitehouse received a message from the owners of a home they were interested in saying they were “not ready” to show them or buy it.

The couple, who joined Susanna Reid and Ed Balls on the ITV programme, shared the shocking response they received from the homeowners after they disclosed their relationship.

“Dear Lachlan and Luke, Thank you for sharing your circumstances with us,” the message read.

“We’re sorry if we come across as intrusive, but we just want to make it clear that we would not be willing for two men in a partnership to view or buy our home. Because of the gracious teaching in God’s Word, the Holy Bible, e.g. B. Romans 1:24-28 and Jude (King James Version), contradicts. With regards Luke and Jo.’ (see)

Recalling their excitement about the exchange, Lachlan told the presenters: “It’s taken a long time to get to this point in our lives where we’re ready to find a home and have that reaction for literally that first property having what we wanted to see was devastating.’

“So we said we’re in a relationship, Lachlan’s brother lives in the area so we wanted to buy there and then they sent back the reply saying they didn’t even want us to look at the house and they quoted the Bible. ‘

Luke initially thought the news was a joke but was disheartened after the dime dropped that it was serious.

Viewers online expressed their condolences to Luke and Lachlan over the situation.

“This makes me sad,” wrote one. “My whole family is Christian, myself included, and would not dream of discriminating against anyone like that. It is sad that this is still happening in the world today. love is love.’

Another wrote: “This is disgusting… how dare this couple judge! Guys I hope you find a much better house and fill it with love and laughter. Big loves.’

Good Morning Britain airs weekdays at 6am on ITV.

Do you have a story?

If you have a celebrity story, video or pictures, please contact the Metro.co.uk entertainment team by emailing us at [email protected], calling 020 3615 2145 or our page Visit to submit content – we’d love to hear from you.