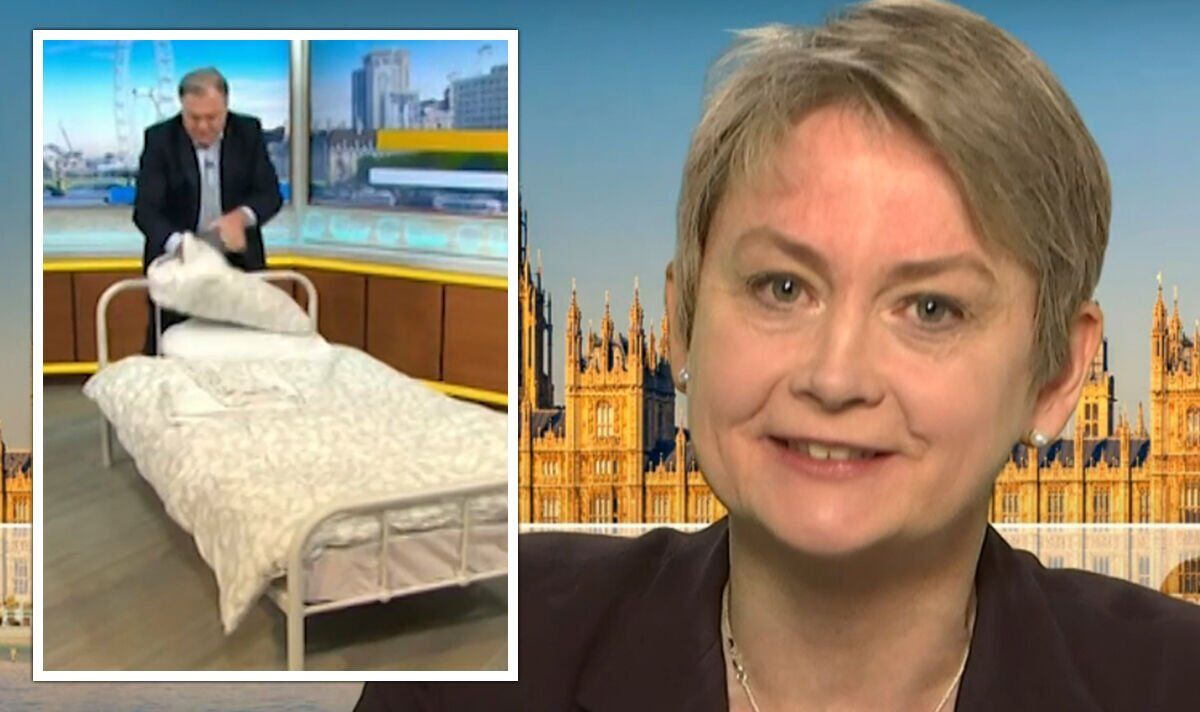 Yvette Cooper was quizzed on Good Morning Britain by Ranvir Singh and Adil Ray on a new analysis from the Labor Party over illegal migrant crossings. However, before the interview came to an end, the MP was shown a clip of his husband Ed Balls, one of the hosts of GMB, changing a bed live on air.

On Wednesday’s programme, Susanna Reid watched on as Balls changed a bed during a discussion on how often you should change your bed sheets.

Cooper was shown a clip of her husband being grilled by Reid on how much he contributes to housework.

Reid asked: “When you were a single man how often did you change your dirty sheets?”

“I don’t think every week but not every month. When you’re young every couple of weeks,” Balls answered.

“Now? Weekly,” he added as Reid interjected: “Right and do you change them?”

“I do change them,” he hit back as Reid asked again whether he changes his bed sheets every week.

The former MP avoided the question in the clip leading to Ranvir teasing Cooper that her husband was still a “politician at heart”.

“I have to confess I do more sheet changing,” the shadow home secretary admitted.

“But to be fair to Ed he does all of the cooking, he does do a lot of the tidying up as well, cooking I really do none of it.”

Cooper began laughing as a clip of balls changing a bed on air played out on screen.

Apologizing, she said: “You’re showing the footage of him throwing things in all directions I’m sorry.”

“He’s got so much flair,” Singh continued. “He’s very expressive all that energy going into changing a bed sheet.”

Cooper had been invited onto GMB to discuss Labor’s new findings that criminal people-smugglers made £183million from small boat crossings last year.

The party is pleading to crack down on the gangs with a new elite National Crime Agency unit.

BL10CBL tweeted: “Cant take GMB seriously anymore going from the mass problem of the illegal crossings and all that comes with it, to Ed or Yvette changing their bed sheets at home ffs.” (sic)

RobertJ59871002 questioned: “Is this really news worthy!? #GMB what a joke this is! Spent time talking about immigration which is a massive issue in the UK and then you go straight to this without skipping a heartbeat!? Ridiculous! @GMB”

WelshBoy_92 remarked: “Wtf… Why did they change the talk of Illegal Immigrants coming to the UK to Ed Balls changing a bed? That was a change of pace.”

“Is this the level we have dropped to? Being told when to change your sheets. get lost!” VMildew wrote.

Good Morning Britain airs on ITV on weekdays at 6am.