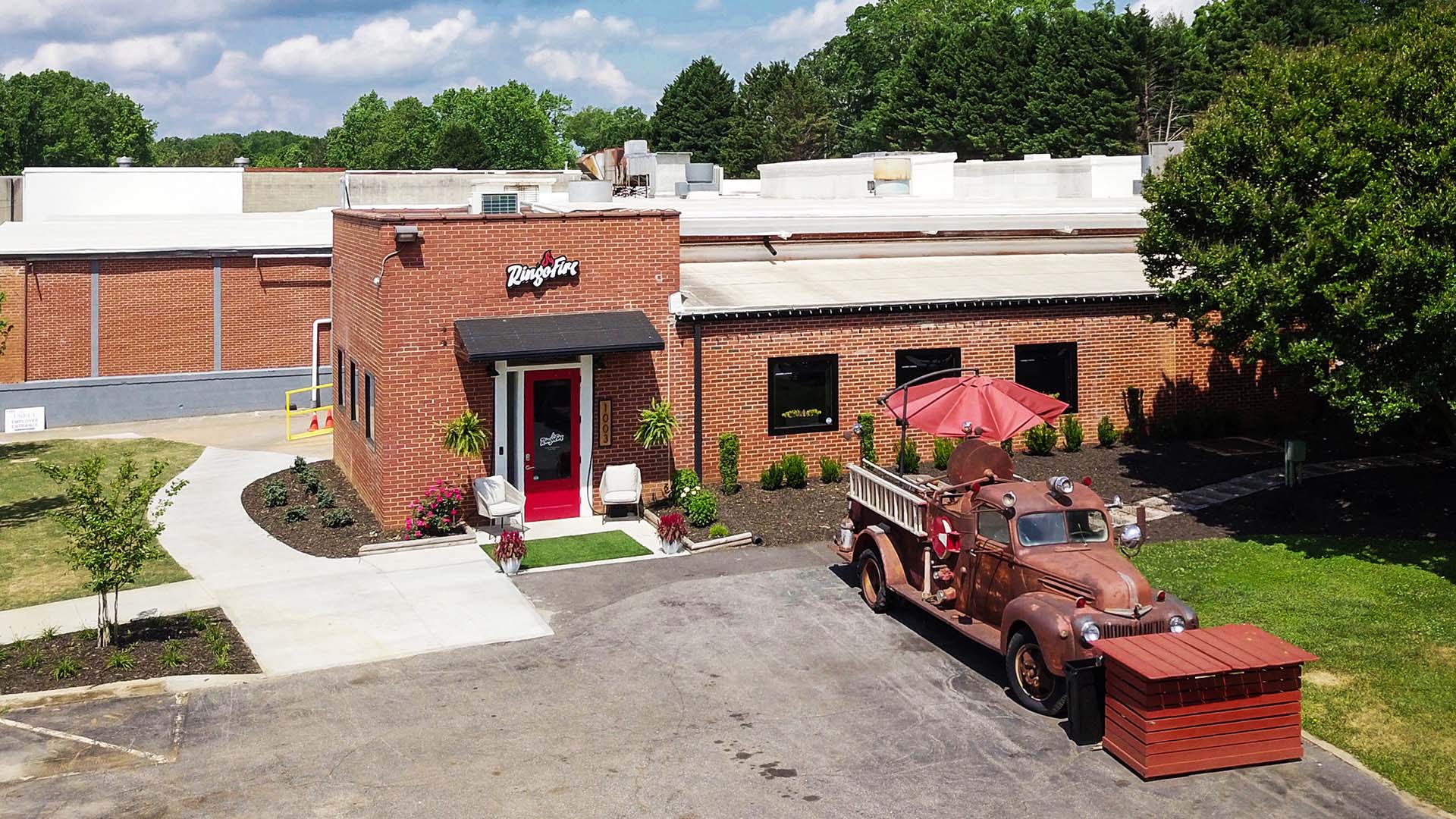 At the end of April RingoFirea marketing and advertising firm, held its second annual hardware huddle event where 30 major home-improvement brands and two major retailers set up outside booths on the campus as well as within the walls of their century-old building. The company’s founder and CEO, Brian Sterns, started the marketing and advertising firm in 2016 and within the first five years was recognized by Adweek as the world’s sixth fastest-growing agency. Two prestigious Davey Awards soon followed and with its recent naming as the agency of record for the National Hardware Show and the addition of their CampFire agency, the company is poised for ongoing growth and success.

RingoFire continues a tradition of ambitious goals and innovation that reach back to the building’s origins. It is in the city ​​view area which began to develop in the early 1900s on former farmland owned by John H. O’Neal and John Bramlett between Woodside and Monaghan mills.

the Saluda yarn mill was built in 1917 on the Piedmont & Northern railway going through the property, but burned down just three years later. The next year, startup Cyclone Motors Co. built a new 100-foot-by-270-foot plant to produce trucks. The short-lived operation went bankrupt and closed in 1922. Soon, the building was taken over by Shambow Shuttle Co. based in Rhode Island. Shambow invested $350,000 in pursuit of being the world’s largest bobbin, spool and shuttle company. The company immediately added a 36-foot-by-120-foot warehouse and planned to employ 200 workers while also moving their headquarters from Woonsocket, Rhode Island, to Greenville. Shambow’s plans changed abruptly in less than a year and, instead, the company built a new plant off Easley Bridge Road near Judson Mill.

About the time Shambow moved, experienced mill men JW Burnett and FD Murdock took over the Shambow building to start up one of Greenville’s early specialty textile mills. Southern Weaving began in 1924 and quickly got a contract for a million feet of transmission and brake lining material for use in Model-T Fords. All of the big mills in town were doing textile production primarily for the clothing industry. The company evolved to create industry-leading strapping materials for military, automotive and industrial applications. After American cars focused on greater safety with seat belts in the 1950s, the Greenville plant answered the call and became the highest-volume seat belt maker in the world. When most Greenville textile mills closed in the 1970s because of foreign competition, Southern Weaving adapted to new markets and technologies. Its high-tensile straps were used in important precision events like the raising of the CSS Hunley submarine, lifting of the Space Shuttle, and hoisting the needle on top of the Freedom Tower in New York City.

Southern Weaving was among the longest-running Greenville mills when its Greenville plant closed in 2017 after almost a century of production. While nearly all the older and larger textile mills like Woodside, brandon, Monaghan, judsonand others have been converted into loft apartment villages, it’s encouraging to see RingoFire embrace and preserve the plant’s building while taking it into the 21st century with exciting new uses and functions.