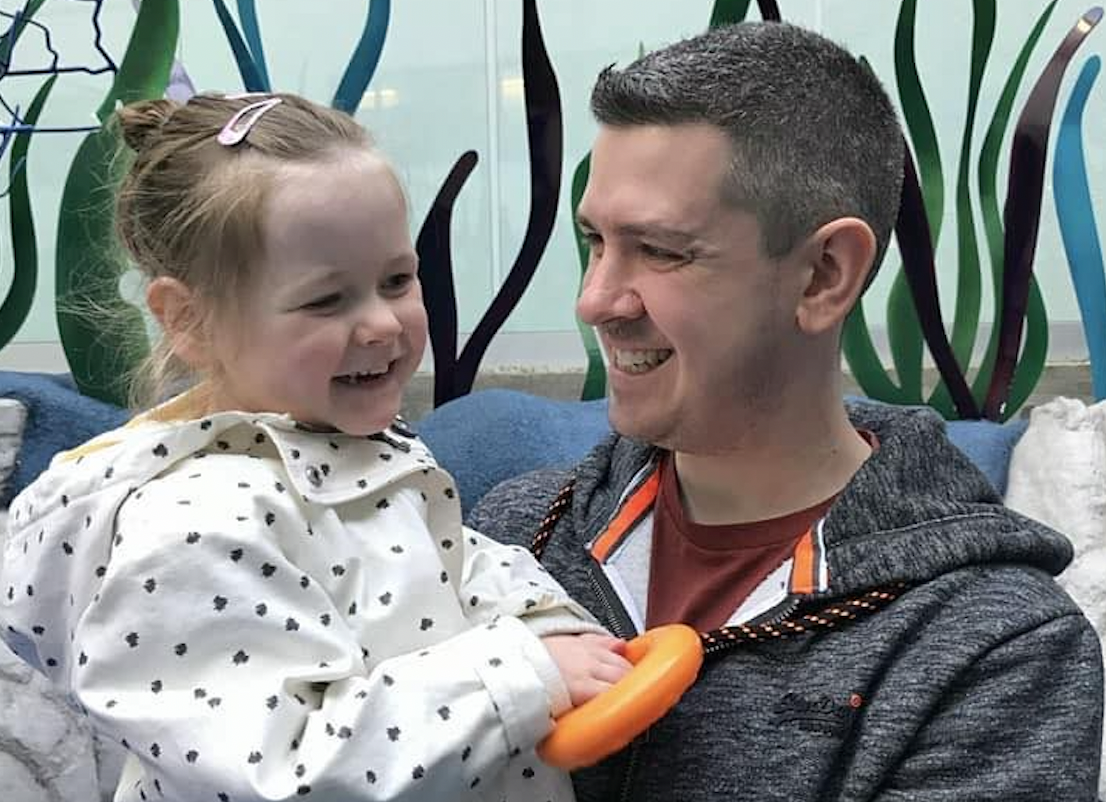 A six-year-old girl with a heart condition died suddenly just hours after her father tucked her into bed.

David Hutton, 38, put his daughter Isla to bed at their home in Ainsworth, Bury, Greater Manchester, after a day out in which she had laughed while walking up and down an escalator – one of her favorite things to do.

But he sensed something was wrong at Isla’s bedtime.

“She climbed into bed but wouldn’t settle down,” he told the Manchester Evening News. “It was just desperation because I knew something wasn’t right.”

Isla was rushed to a nearby hospital but died on 8 October last year.

Her cause of death has not yet been established, but it is thought she may have gone into cardiac arrest or suffered a seizure because of a pre-existing condition.

When she was born in 2015, Isla was diagnosed with long QT syndrome (LQTS), a heart problem that affects how the heart beats. The condition affects up to one in every 2,000 people and can cause blackouts, seizures and heart palpitations.

Isla could have up to 20 seizures a day. Doctors discovered her heart condition after she was born and at only two days old she was transferred to Alder Hey Hospital in Liverpool and fitted with a pacemaker.

She spent almost a year in the hospital before she was finally allowed to go home just before her first birthday.

After being discharged, Isla was treated with a drug called mexiletine, but the high dosage required often led to seizures.

Her father gave up his job as a primary school teacher to look after Isla full-time.

“It feels like yesterday that she would come and climb on my knee, yet it feels like a lifetime ago. I can see the impact she had on other people and it’s been comforting.

“I was by her side in hospital the whole time. Time seemed to flash by but it was like slow motion. I wouldn’t have wanted her to be suffering. When she came back around, I wanted her to still be the happy little girl she was. She was the happiest little girl you could have ever met.”

Isla had been a mascot for Canada-based biopharmaceutical company Thryv Therapeutics, which develops inhibitors to treat various conditions, including long QT syndrome. She helped the company secure more than $15m for drug research in the US.

read more: Woman paralyzed by herd of cows woke in hospital to hear husband was trampled to death

Mr Hutton also founded the charity 1C, which provides a network of support for children with heart conditions and their families.

It funded four surgery camps in India run by the Healing Little Hearts charity, which provides free heart surgery to babies and children in developing countries.

The 1C charity is also involved with the European Prospective Investigation into Cancer and Nutrition (EPIC) and the Love the One children’s charity.

“While bittersweet, it is a huge comfort to me knowing that Isla’s story has inspired a potential cure for long QT and is helping in the battle against cancer,” said Mr Hutton. “She may go on to save countless lives.”

He is raising money for Great Ormond Street Hospital, where Isla was treated throughout her life, by taking part in JanuRun, running 31 miles across this month.