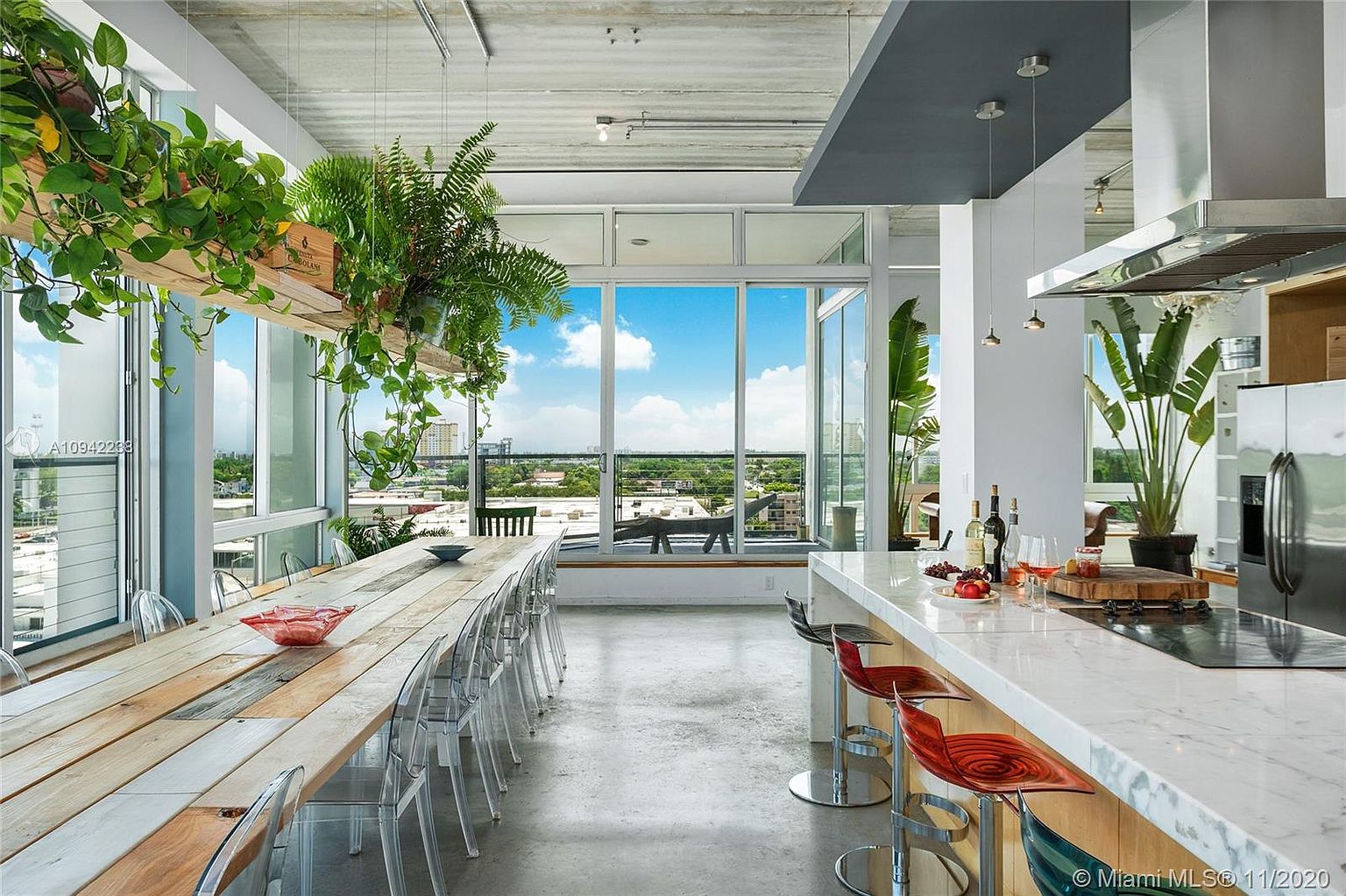 Here’s a pretty neat room on the top floor of the bank, a small apartment tower near the corner of Biscayne Boulevard and NE 79th Street, which, as the name suggests, used to be a bank. Listed for $ 750,000 and the largest penthouse in the building, it was probably once a regular 1,600-foot apartment … you know, with bedrooms and such, but eventually it became one big room. It’s a huge studio.

What stands out most in the list, however, is the gigantic table blob in the middle. It’s so big that it seats twenty and has room left over. There is a futon at one end. You know, for guests. Then, if you screw up your eyes, you can see the bed at the other end of the loooong room, separated from the rest of the apartment by two gauzy curtains. And from the photos it’s hard to tell which side of the curtains the bathroom is on, but either way there is next to no privacy.

What kind of fascinating party animal is entertaining enough to need a big old dining table like this without ever needing a bit of privacy in the bedroom? It confuses the mind a little. On the flip side, this is Miami, the land of decadent hedonism where everyone is used to looking at a lot of skin, right? Whoever they are, the apartment is renting for $ 4,000 a month through the end of the year, and then it’s all yours.