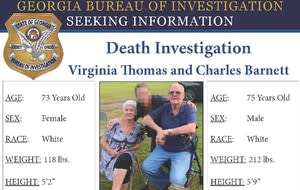 Mountain View Police DepartmentOn Sept. 5, 1992, computer engineer Laurie Houts, 25, was found fatally strangled in her car near a California garbage dump. Her boyfriend’s roommate was arrested in connection with the case, but two trials—and two hung juries—later, a judge dismissed the case. The roommate moved to the Netherlands soon afterward. Over the weekend, the roommate—now the chief executive of a small software company—was arrested as he landed at John F. Kennedy International Airport in N