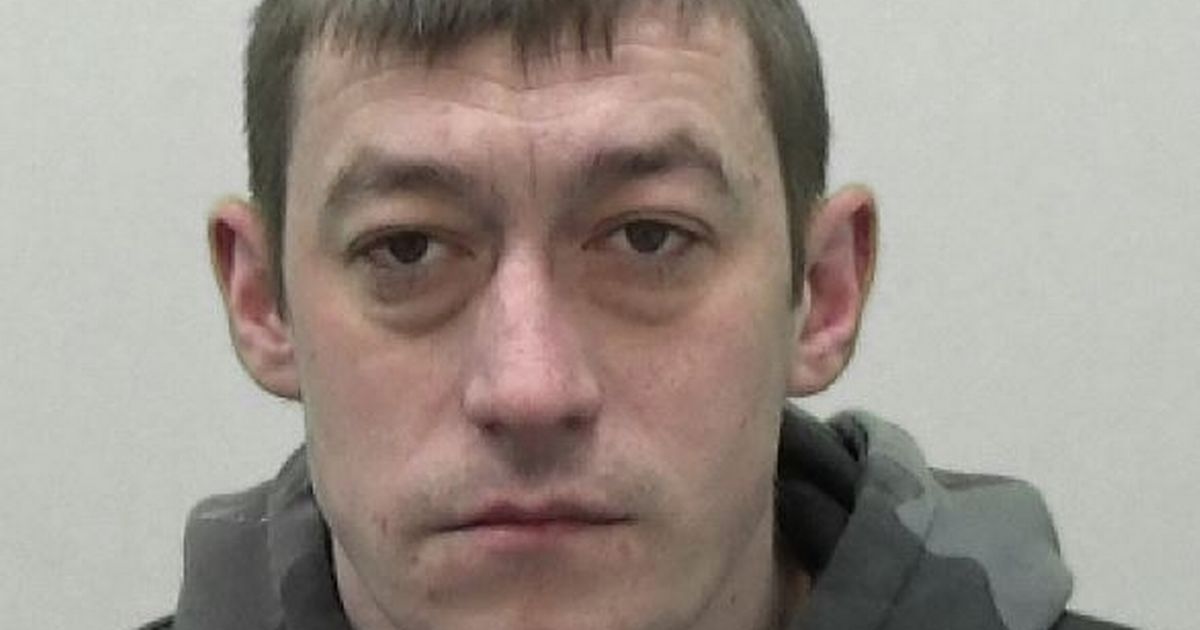 A terrified dad woke up to find his son standing over him with a knife and telling he deserved to die as he stabbed him.

Violent drunk Christopher Bruce already had a history of attacking his mum and had moved in with his vulnerable 63-year-old dad to try to get his drinking under control. A court heard he had texted a friend in the lead up to the attack saying he had to kill his father, Joseph and that he had a knife.

He then stabbed his dad in his own bed and only good fortune saved him from death or serious injury. Now Bruce, 34, of Spoor Street, Dunston, Gateshead, has been jailed at Newcastle Crown Court after admitting wounding with intent. He was originally charged with attempted murder but that was dropped.

The court heard it was in August 2021 that he moved into his father’s home in Gateshead. He did so against a background of alcohol dependency which could, and had, manifested itself in the use of violence against family members. Most recently, prior to moving in with his father, he had lived with his mother, against whom he had previously used violence when intoxicated.

It quickly became apparent to her that he remained dependent upon alcohol and there were episodes of both threatened violence and verbal abuse towards her during his stay. She was relieved when he left to stay with his father who sought to monitor and limit the defendant’s intake, allowing him sufficient to control his craving and keep ‘the shakes’ at bay, while doing his best to ensure that he was eating and not drinking to excess.

On November 18 last year, Mr Bruce and his son had spent time together before returning home and Mr Bruce went to bed at about 5-6pm, as was his habit. Nick Dry, prosecuting, said: “Messaging between them earlier gave no indication of any trouble or ill will towards his father on the part of the defendant. The same could not be said about the content of messages sent by the defendant later that night by which time he had consumed further alcohol.

“The tenor of those messages revealed that he was telling a friend that he had to kill his father and that he had a knife. The friend expressed concern and alluded to the defendant’s apparent intoxication, suggesting that what he proposed was not a good idea and asking what was going on.

“Those messages stopped after 23:30 when it is thought the attack took place, Joseph Bruce waking up to find his son standing over him with a knife and stating that he ‘deserved to die’, then stabbing him in the left arm with a kitchen knife, the blade traveling through the arm into the body.

“The defendant then left the room without a further word but initially remained in the house as his father called 999 and explained what had happened.” Bruce then left and quickly encountered police officers attending the scene, flagging down their car, identifying himself and explaining what he had just done to his father, adding that he shouldn’t have done it.

Around three hours after the attack, he was more than four times the drink drive limit, indicating he was extremely drunk at the time of the stabbing. Mr Bruce was taken to the Royal Victoria Infirmary and found to have two wounds on his left upper arm and a further wound on his chest wall. He underwent surgery.

Mr Dry said: “It was the opinion of Dr Nigel Cooper, Home Office Pathologist, upon consideration of the hospital notes, that the injuries could have been inflicted by one or two actions of the knife and with relatively mild force. There was only damage to soft tissue which had not presented a threat to life albeit, as observed by Dr Cooper, more through luck than design given the presence of the heart along with major blood vessels in the chest and arm areas.”

The court heard Bruce has a history of domestic violence, largely in relation to his mother. In 2006 he was convicted of two offenses of battery in relation to her, there was a caution in 2013 for the same offense against his mother, who was the victim of a further battery in 2017. A restraining order imposed to protect her was breached in 2018, he was then convicted of a further offense of battery against her in February 2019 then almost immediately he committed four further breaches of the restraining order. There was a further breach of the order in 2020 but it was then removed at his mum’s request.

Police records from 2008 reveal 34 domestic violence incidents concerning the defendant and relating to his mother and various partners.

Mr Bruce indicated that he did not wish to provide any further statement outlining the impact that the offense has had upon him in terms of physical and mental wellbeing. He said he enjoyed a close relationship with his son and remains supportive of him.

Bruce was jailed for four years and four months with an extended license period of a further three years after Judge Robert Adams concluded he is a dangerous offender.

Tony Davis, defending, said he has severe alcohol dependence and added: “He appreciates that he was very fortunate not to have caused much more serious harm.

“He is described as a model prisoner.”