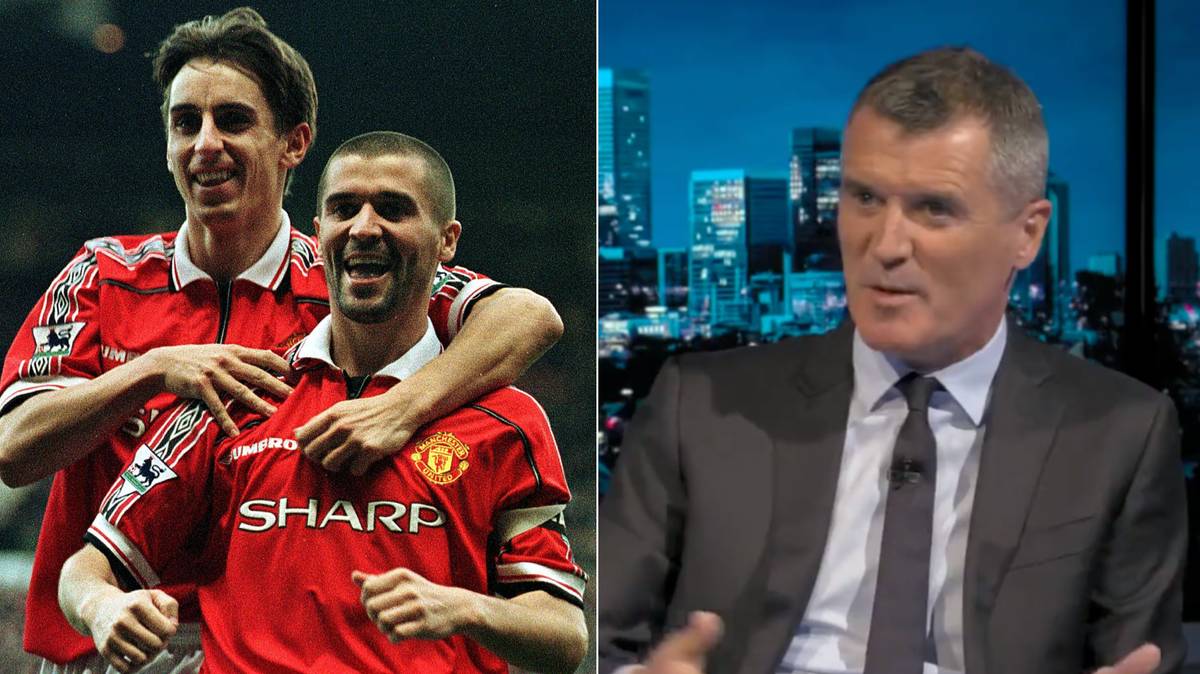 Gary Neville used to take a bowl of cereal to bed with him when he was playing for Manchester United, according to former teammate Roy Keane.

Neville is undoubtedly one of the best full backs in the Premier League era, and helped win eight league titles in his 19 seasons at Old Trafford.

Keane was sat alongside Jamie Carragher on Monday Night Football, after United’s win against Brentford, whilst picking his team, after they’d watched the Irishman’s old team beat Brentford.

Whilst with Carragher, it’s no surprise that Keane wanted to take shots at their fellow Sky Sports pundit Neville, and he revealed a rather embarrassing and bizarre truth about the 47-year-old’s bedroom habits whilst he was playing.

“Gary was a brilliant player,” the former United captain said on MNF, “But Gary was a great character in the sense that, when he came into the group, into the first-team squad, I think Gary used to go to bed at half-past eight every evening and he’d be going to bed with his bowl of cereal and we’d be criticizing him but he was a really top professional player.

“We all embraced Gary. You need different characters in the dressing room, but Gary fell into the group no problem. We all liked him, we all had time for him – obviously that’s changed over the years!

“When you first get in the first team, you’re going to be quiet, but Gary became more vocal as he got a bit older and a bit braver. There’s obviously no stopping him now!

“Gary was an excellent player, a really good pro, he really looked after himself and did very well with United and, of course, with England. You have to have quality to do what Gary did.”

It’s not the first time that the former right back’s cereal habits have come up, with Neville revealing in 2014 that he used to take his own own bowl, spoon and Weetabix to games.

“The other players liked to tease me about traveling with my own bowl, spoon and Weetabix,” he told the Guardian.

“I didn’t eat Weetabix as a child; I didn’t really like any cereals. But as a professional footballer, Weetabix became my thing.”