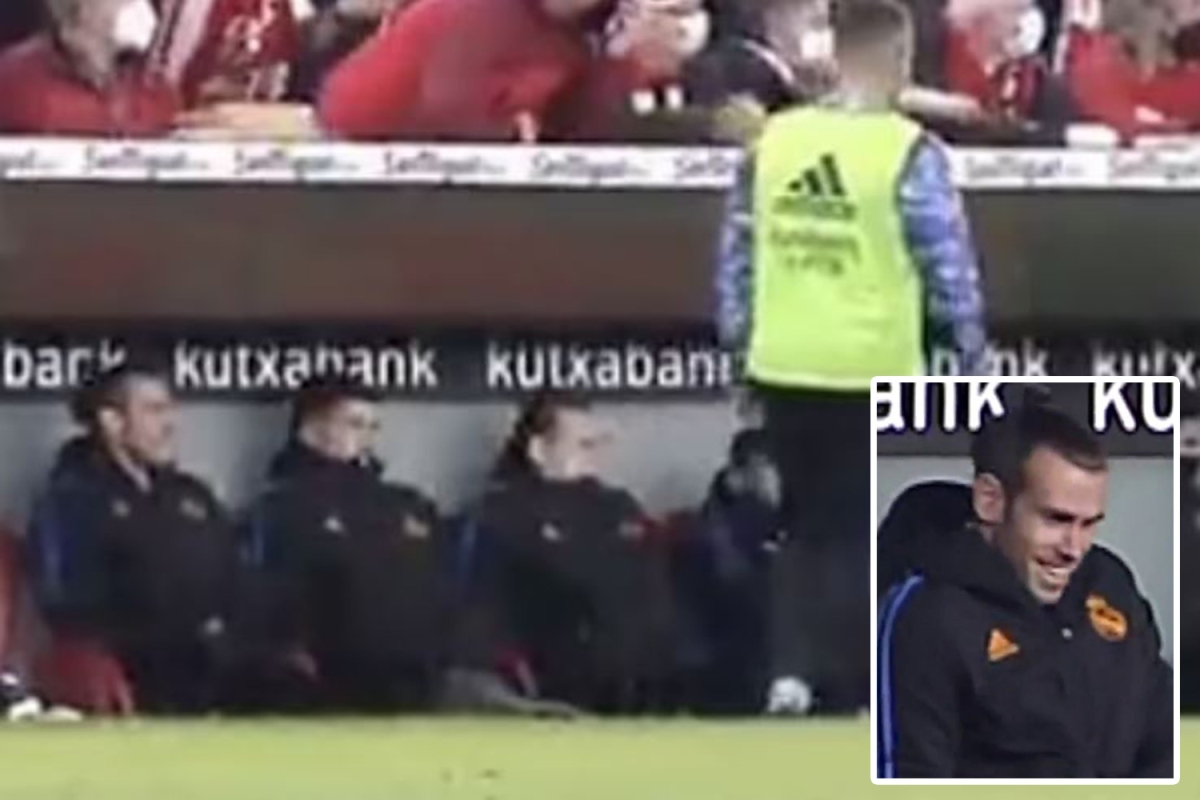 GARETH BALE was caught laughing as ex-Chelsea star Eden Hazard was sent back to the bench after warming up towards the end of Real Madrid’s 1-0 Copa del Rey defeat to Athletic Bilbao.

The £150million flop was hoping to get on the pitch and change Real’s fortunes and fire them into the semi-finals.

But after being told to warm up down the touchline, he was sent back to the bench, where Bale could be seen laughing.

Spanish TV station El Chiringuito revealed the clip, with the outlet having previously been heavily critical of both of the big money players.

Bringing a midfielder on instead of an attacker didn’t change the game in Real’s favor as they managed to muster just two shots on target all game.

Bale was also an unused substitute in the game and hasn’t featured much since returning from his loan spell with Tottenham.

The Welshman has made just three appearances this season, managing to find the net once.

Bale looks certain to leave Madrid at the end of the season when his contract comes to an end.

He has been particularly hit hard when it comes to trying to stay fit this season.

Hazard, meanwhile, has two years left on his deal.