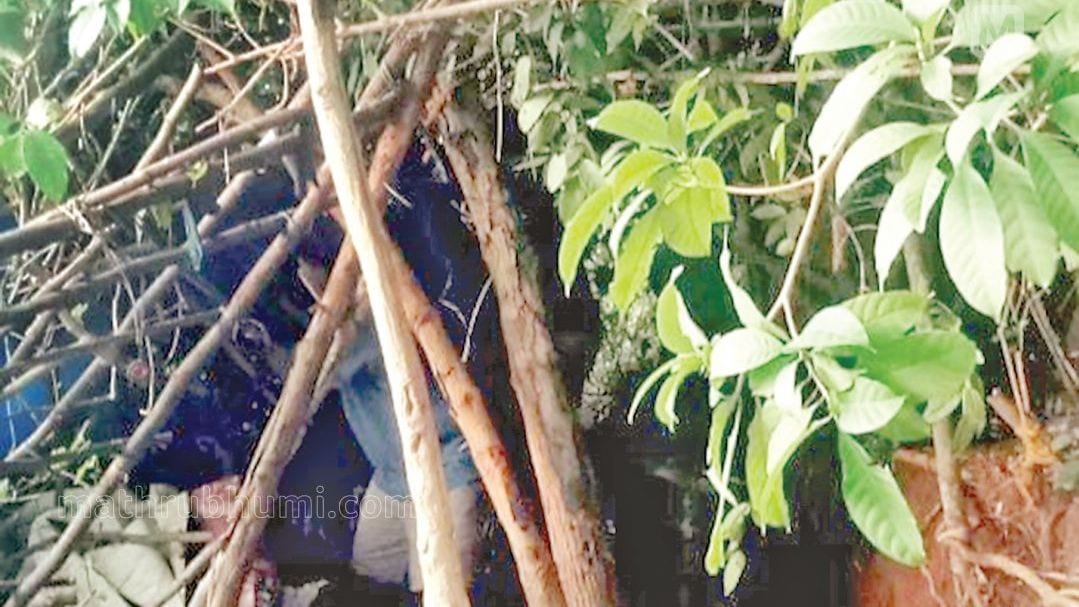 Thrissur: Police found a bower in an acre-wide plot, which was a hideout for some locals to consume psychotropic drugs. The investigating team spotted the bower when it reached there after wading large grasses for over half a kilometer. The incident was reported from the Viyyur police station limit.

There were children inside the bower when the police reached the spot. Police seized cannabis and hashish oil from the hut. Facilities such as a cot and bed were also found inside the hut. The hut which was covered by leaves and creepers outside was protected with a tarpaulin sheet inside.

The information about the hideout of the drug users leaked when children also started to flock into this hut made by the elders. The children usually reach here before the elders arrive in the evenings and leave after their use. Police demolished the hut and set the remains on fire.

Recently, a few students were dismissed from a nearby school after seizing psychotropic drugs from them. Some students in another school vandalized a teacher’s bike after the teacher found them using drugs.

An accident case was reported in the locality when youth rode bike after consuming drugs. Police recovered MDMA from the pockets of the youth, who were injured in the accident.

In another case, a 15-year-old boy was taken into custody when he created a ruckus on the streets after finding his brother was asked to pay a fine by the police. Police informed that the boy had consumed synthetic drugs.