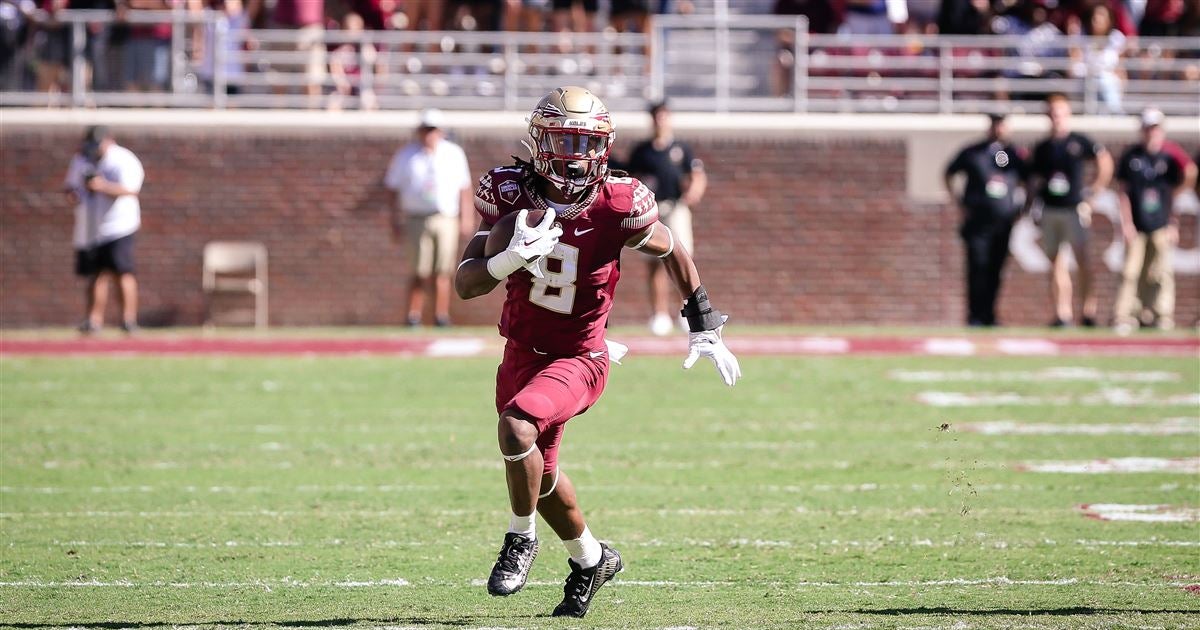 Florida State starting running back Treshaun Ward — who exited the Seminoles’ game against NC State after suffering an injury to the right shoulder area in the second half — posted a photo on Monday of him seemingly in a hospital bed.

#FSU RB Treshaun Ward — who was injured against NC State — posts photo of him on Instagram seemingly on a hospital bed today.https://t.co/N22YXddoum pic.twitter.com/7jsRxVEoCr

Mike Norvell told the media in his press conference this morning that Ward’s availability status for this weekend’s home matchup with Clemson was still up in the air.

“We’ll see as the week goes on with him,” Norvell said earlier today. “Tre is extremely tough. The way that his durability has been such a strength. And he’s been such a constant impact for us. We’ll see as this week goes on. He’s going to do everything in his power to be available. We ‘ll kind of see as things play out throughout the week.”

In regards to the injury, Ward went to the sideline after a long run in which he was tackled to the ground. He immediately rolled over and started kicking his legs in pain.

Ward entered the NC State game fourth in the ACC with 6.52 yards per carry, and fourth in yards per game (87.40). He had 437 rushing yards and 3 touchdowns on 67 carries. The Seminoles do have two proven backs in the rotation to help replace Ward in Trey Benson other Lawrence Toafilias well as promising true freshman Rodney Hill.