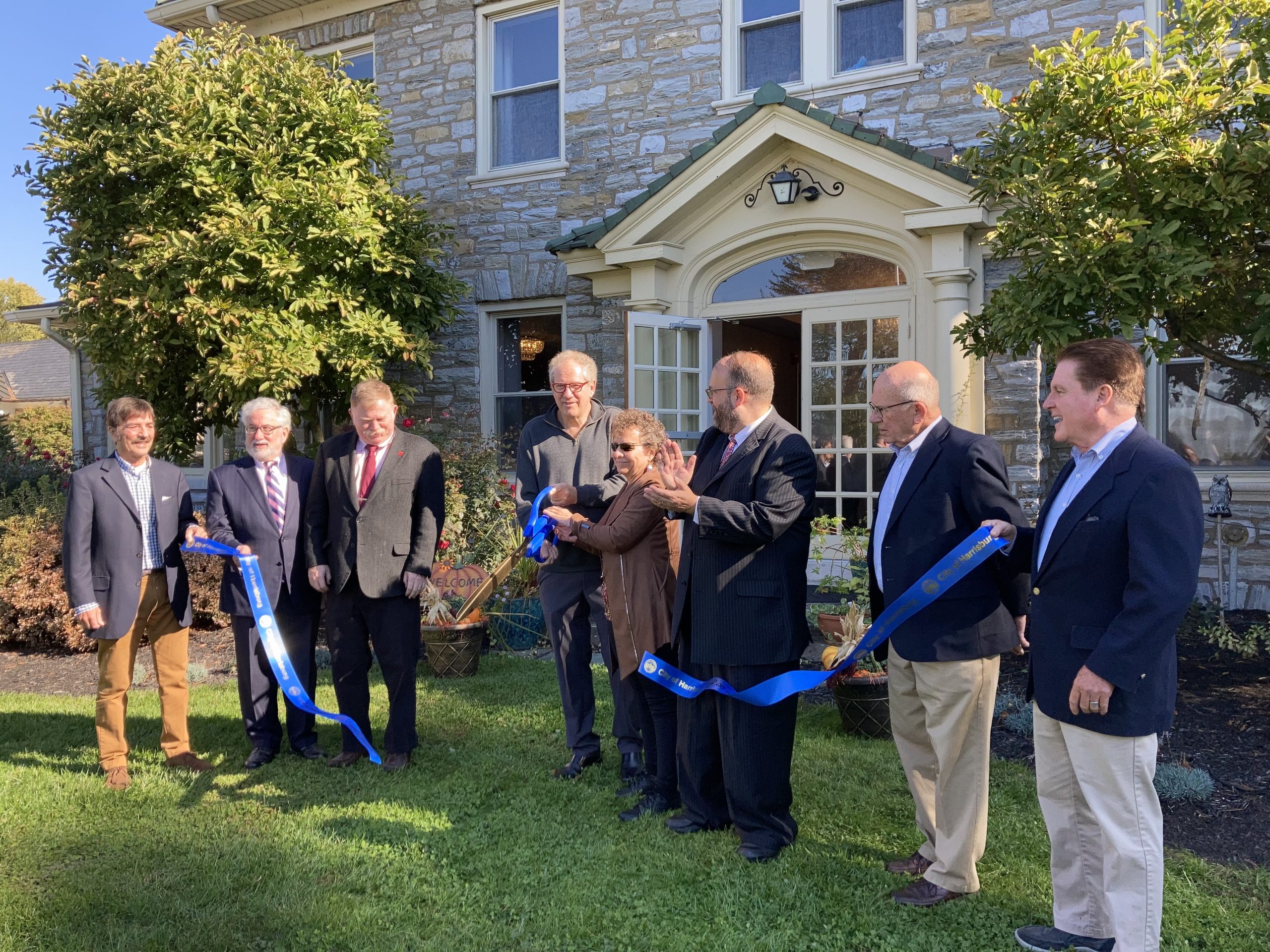 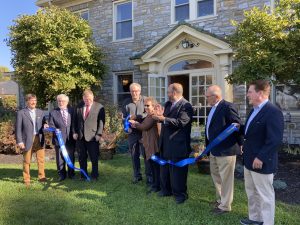 Owners Mike and Sally Wilson worked with local officials to cut the ribbon at The Mary Sachs Bed & Breakfast.

A historic mansion on Front Street stood empty and overgrown about eight years ago.

Today the owners presented the property “The Mary Sachs”, which is completely renovated and ready to open as a bed and breakfast.

“We’re so excited,” said Mike Wilson, who owns and operates the building with his wife Sally Wilson. “It’s so awesome.”

The Mary Sachs is the second property in The Manor on Front Bed & Breakfast owned by the Wilsons. The neighboring mansion “The Ledgestone” opened in 2015. Both properties are on the 2900 block of N. Front Street overlooking the Susquehanna River.

The mansion, built in 1926, was bought just under a decade later by Harrisburg’s Mary Sachs, a world-famous textile merchant and philanthropist, said Jeb Stuart of the Historic Harrisburg Association (HHA). Sachs lived in the house until she died in 1960. It later became a law firm and was then abandoned, he said.

In 2005, the two villas, including a third next door, should be demolished, said Mayor Eric Papenfuse. Parishioners gathered to protest the demolition, with nearly 100 people gathering for a march this year, he said.

“That is extraordinary,” said Papenfuse, who demonstrated against the demolition in 2005. “The building has regained its former glory.” 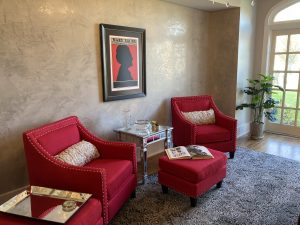 The front entrance in “The Mary Sachs”.

The bed and breakfast has been renovated and given a more modern, glamorous feel, said Mike. It contains six suites and common sitting areas. Guests can book a stay in the “Chanel (Coco) Suite”, the “Valentina (Schlee) Suite” and the “Jeanne (Lanvin) Suite”. They are all named after female fashion designers of the 1930s and 40s.

Mike said the rooms will be available for booking next week.

Work on “The Mary Sachs” has been going on since the Wilsons bought the property in 2014, Mike said. However, they waited to open a second bed and breakfast location while the first grew. While COVID delayed opening for about a year, Mike said they’ve now hit nearly 90% occupancy on “The Ledgestone”.

The renovation of “The Mary Sachs” cost about $ 500,000 and involved hundreds of man-hours investment, Mike said.

The building has room to grow, and the Wilsons are already planning to add three more suites on the third floor and in the rear carriage house, Mike said. 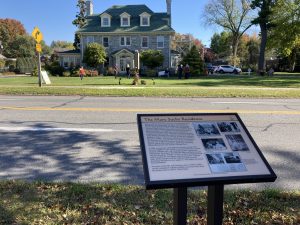 A historical marker across the street tells the story behind the mansion “The Mary Sachs”.

In addition, David Morrison, Executive Director of HHA, pointed out the city’s newest historic marker, which is across Front Street, right in front of The Mary Sachs. The signage tells the story behind the building and the woman it is named after. The historic sign is one of about 120 in the area.

Mike said they look forward to welcoming more guests to their new premises, many of whom are from nearby cities, but also from “around the world”.

“My wife and I love architecture,” he says. “We absolutely loved renovating this.”

The Manor on Front is located at 2917 N. Front St., Harrisburg. Please visit their website for more information.

If you like what we do, support our work. Become a friend of TheBurg!