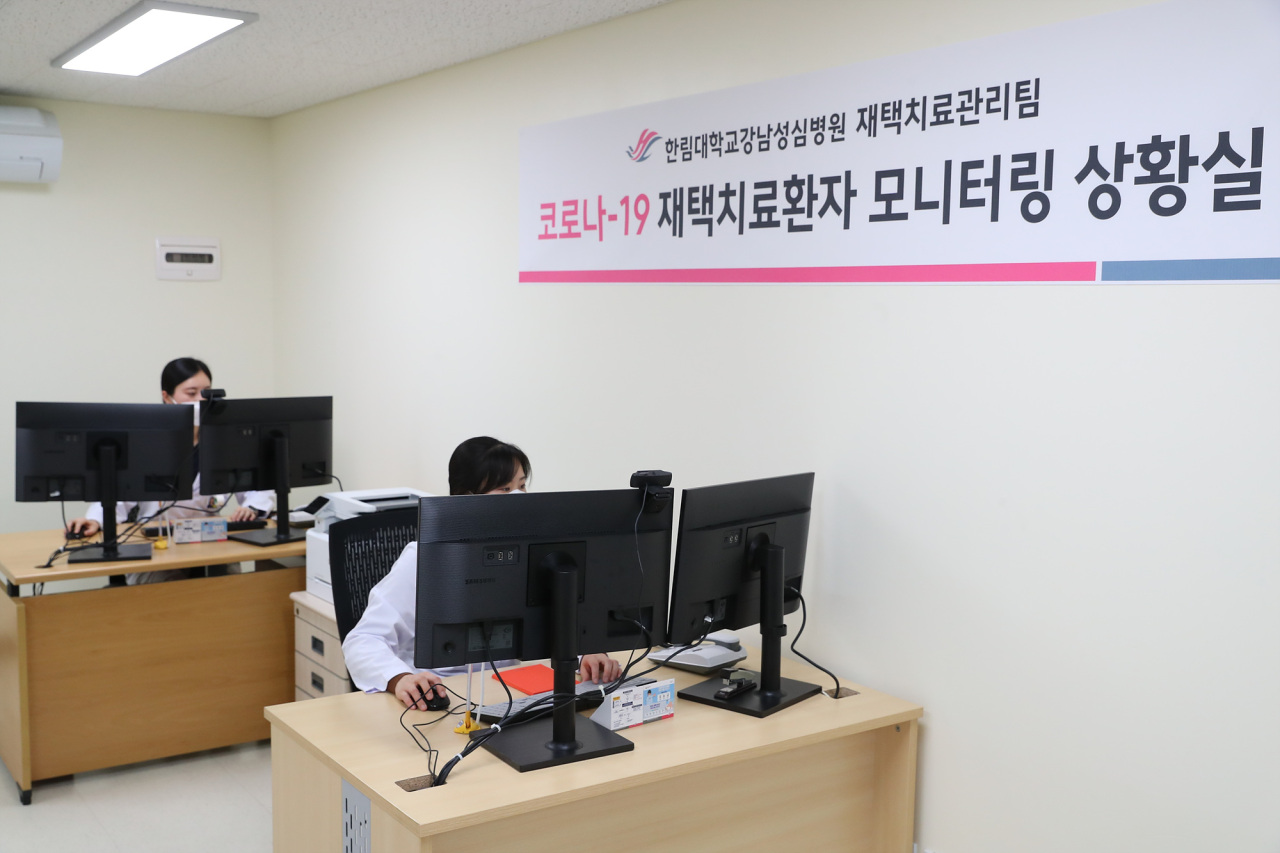 Health care workers responsible for caring for COVID-19 patients in isolation at home are calling on authorities to ensure that at least some hospital beds are set aside for worsening cases due to the lack of emergency care.

As the recent surge fills hospitals, patients who were initially minimally ill and prescribed home care will be left without bed after their condition has deteriorated rapidly, they said.

In Korea, home recovery has been the standard option for patients under the age of 70 without severe COVID-19 risk factors since September 25. The minimum isolation time is 10 days after a positive test for patients who have no symptoms. For patients with symptoms, it is 10 days since symptoms first appeared.

Lee Seung-chan, the Seoul city government’s senior officer in charge of infectious disease control, said that until a few months ago, the patient burden was limited to hospitals and non-clinical facilities treating patients with asymptomatic or mild COVID-19 , so-called communal treatment centers. Now, some of this burden is being taken off the health systems through home care.

“The home care situation in Seoul is not yet of concern,” he said. “But it may be wise to anticipate the possibility of patients being kept out of hospitals due to a lack of beds.”

The surge in infections since the country normalized earlier this month is forcing increasing numbers of patients to recover at home rather than in health care facilities. By Saturday midnight, 5,118 patients still considered infectious had been isolated at home across the country, including 2,476 in Seoul.

In Youngdeungpo, southwest of Seoul, only seven officers are on rotating shifts to work 24 hours a day. When the Korea Herald visited the home care management team’s office on Thursday, 118 residents with COVID-19 remained at home. To accommodate more patients who are isolating themselves at home, the district plans to increase staff.

Lee said patients at home should report their blood oxygen levels and body temperature themselves three times a day using devices given to them by the city.

The home care patient safety toolkit, delivered to their doorstep within days of diagnosis, includes a pulse oximeter, digital thermometer, and over-the-counter cold medication and fever reducers. Gloves and other personal protective equipment will also be provided if people living as a patient in the household are not infected with COVID-19.

According to the guidelines, oxygen saturation levels of 94 percent or below warrant emergency medical care, Lee said, while values ​​between 95 and 100 percent are considered normal.

Youngdeungpo has partnered with Hallym University Medical Center, a secondary hospital in the district, for remote patient monitoring.

Dr. Lee Jacob, an infectious disease specialist who leads the hospital’s home patient monitoring program, said hospitals will be able to flexibly allocate staff and resources as patient numbers are expected to grow.

He said there are currently four nurses making and receiving calls between 9 a.m. and 10 p.m. to see how the patients are doing. Each patient would receive two calls from one of the nurses – one in the morning and one in the late afternoon. After 10 p.m., patients can contact nurses via the night watch, the district hotline or 119.

In an emergency, the nurse connects the patient with one of the five treating doctors – four specialists in infectious diseases and a pediatrician. He said there had been “a few cases” in the last month of a doctor having to contact patients after midnight who reported difficulty breathing or other warning signs. On average, a doctor consults up to 10 patients a day about worsening symptoms.

He warned that as the home recovery entitlement increased, it would become difficult for a single hospital to respond to cases that required hospital emergency rooms to offer beds.

Her oxygen saturation had dropped to 88 percent in the hours since her last phone call. Although an ambulance had come to her, there was no nearby hospital that could pick her up. She had to spend a few days in one of the three negative pressure rooms in the hospital’s emergency room until a bed opened in a hospital in Bucheon, Gyeonggi Province, about 20 kilometers away.

When asked how common such cases are, he said that as more COVID-19 patients are being cared for in non-healthcare settings, a worrying phenomenon to look out for is this symptom disproportion “also known.” as happy hypoxia, in which patients’ external symptoms are inconsistent with their actual low levels of oxygen saturation.

“Personally, I believe that all health facilities from clinics to hospitals in the district need to be mobilized to meet the requirements as more patients are expected to be assigned to home care,” he said. He said hospitals did not have the capacity to set aside extra beds in case patients had to be admitted to home isolation.

In late October, a Seoul patient in his 60s who was isolated at home while being transported from hospital to hospital to find a bed died in late October. The man, who had no previous medical history, developed shortness of breath less than a day after being diagnosed.

Son Gwang-soon, another officer with the Infectious Disease Control Department in Seoul, said that while an ambulance would be sent to patients, they may not be able to find a bed immediately. But “nocturnal COVID-19 emergencies have not been too common so far,” she added.

Kim Sun-mi, a nurse who has worked in the hospital for 10 years, said that telephone consultations “obviously take a lot longer than face-to-face meetings.” She said it took about two hours for the team of four nurses to screen all of the 100 or so patients who were home isolated in the district.

She said there have been some patients who feel uncomfortable and asked to be transferred to an institution. Before the city can decide whether to admit this patient, health care workers must provide their opinion on whether hospitalization is required. Ultimately, the government’s COVID-19 Response Headquarters is responsible for allocating beds.

Kim Ji-yeon, director of the Department of COVID-19 Domestic Care at the Department of Health and Welfare, said patients should generally be able to stay at home or treat an institution, but this is dependent on bed availability at a certain point in time.

“Letting patients choose is the protocol, but bed allocation can only be influenced by the number of beds open,” she said.