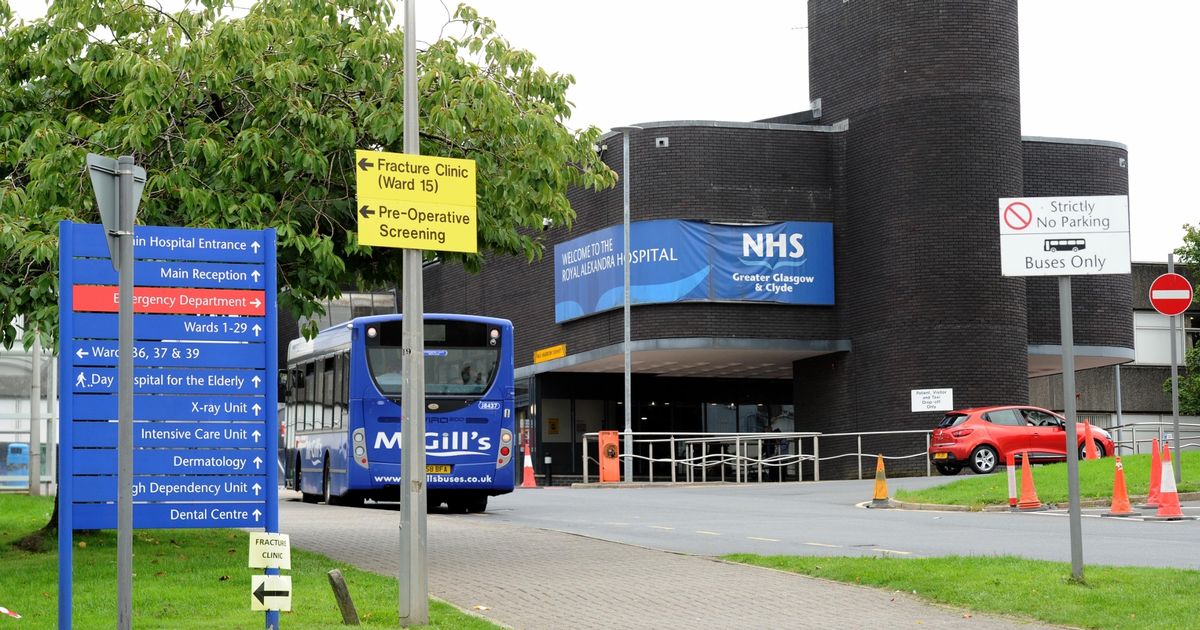 The Scottish Government’s plan to upgrade NHS services under pressure was deemed “non-working”.

Paisley politician Neil Bibby said the SNP’s health care recovery plan had failed even before the rise of the Omicron variant.

His remarks came as he urged Health Secretary Humza Yousaf to undo the bed cut at the ailing Royal Alexandra Hospital in Paisley – which had lost one in five beds in the past decade.

Labor Neil said: “The entire health and welfare system is under enormous pressure. The Scottish Government’s recovery plan for the NHS did not work even before the Omicron variant came to Scotland.

“The only way to combat delayed layoffs and put our NHS back on a solid footing is to urgently build new capacity. The Minister of Health should reverse the hospital bed cuts and do more to help people throughout the system get care and support. ”

He added: “There is no point cutting beds when the NHS needs new capacity or opposing calls to increase beds when the country is in the grip of a pandemic.”

We revealed in October, as NHS figures show, that the number of beds available at the Corsebar Road location has decreased from 797 in 2011 to 646.

Now MSP Neil in the west of Scotland has called on the Minister of Health to speed up the cuts and help the NHS.

His remarks come after the Royal College of Emergency Medicine announced that 1,000 more hospital beds were needed to ensure the health service recovers from the pandemic, while figures show 1,300 beds have been shed across Scotland over the past decade .

During an exchange in Holyrood, the politician urged Humza Yousaf for answers, saying: “Under the current administration, 1,300 beds have been cut in the last decade.

“That’s one in six beds in Inverclyde Royal Hospital and one in five in Royal Alexandra Hospital in Paisley. Before the winter crisis hit, the Royal College of Emergency Medicine said Scotland needed 1,000 extra beds.

“Is it the government’s intention to reverse the bed cut? If so, by how much and when?”

The Minister of Health – who promised last month to visit the RAH to hear the concerns of HR managers who had previously described a “chronic staff shortage” – after being urged by Mr Bibby, defended his government’s record on the NHS, saying : “This government has an impeccable record in ensuring that the NHS is well equipped. We will no doubt learn more about this in the Cabinet Secretary’s Budget Declaration for Finance and Economics this afternoon. paid staff anywhere in the UK.

“When it comes to beds, the government’s determination, both pre-covid and long-term, is for patients to receive the best possible treatment close to their home in the community. We are desperate to work with local government agencies, health officials, and health and social partnerships to remove people who can be clinically and safely discharged to our community from our acute care locations and to reduce the number of delayed discharges with that we free hospital beds. “

The Minister of Health added: “I spoke to Jane Grant, General Manager of the NHS Greater Glasgow and Clyde, this morning. She made the offer that if a member – including Neil Bibby, sure – would like to speak to her about any of the pressures in the most acute areas of the board, including the RAH, she would be happy to speak to them. “

Union leaders shared in October how staff shortages created problems at the RAH, which has faced a catalog of challenges since the summer, including repeated failures to meet the Scottish government’s own A&E waiting time targets – including the recent second worst numbers in Scotland.

Mr. Yousaf has not yet revealed when he intends to visit the RAH site.