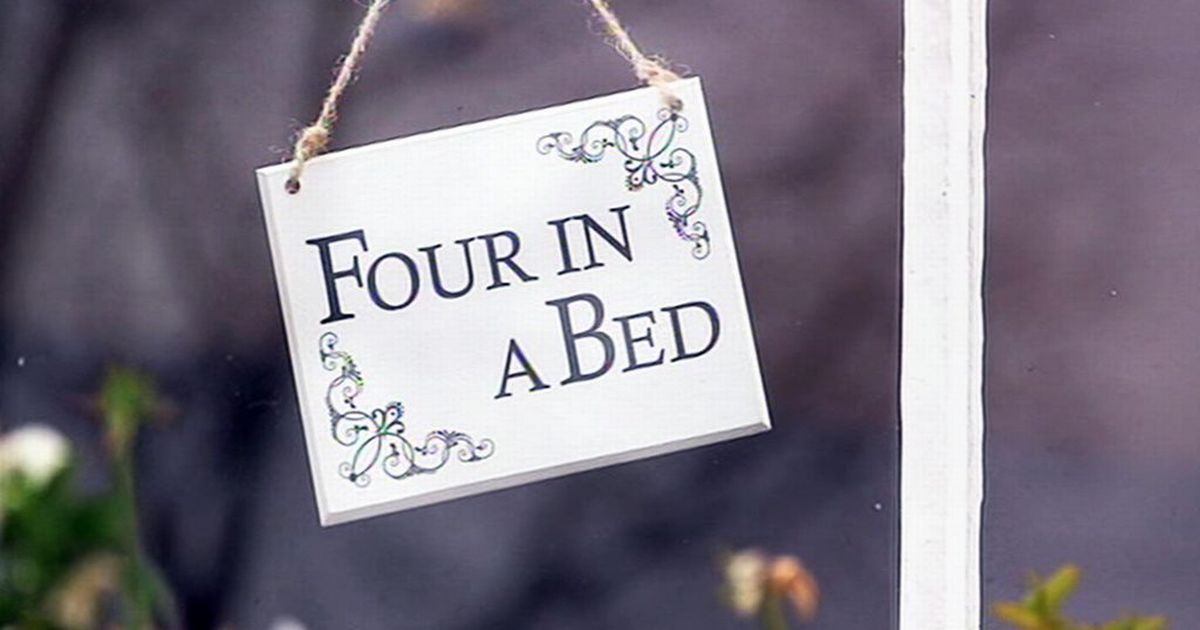 Four in a Bed fans have took to social media to air their anger at the B&B show being axed from their television screens this week, as property show Sun, Sea and Selling Houses was aired in its place instead.

Fans of the hit B&B show were left disappointed as they went to tune into their weekly fix of Four in a Bed – only to find out it wasn’t on this week, in a Channel 4 schedule shake-up.

As tensions rose on the previous round of episodes, viewers were expecting another dose of drama on Monday night, but were instead greeted with a 5pm slot of Sun, Sea and Selling Houses.

Fans flocked to social media to express their dismay, with one Twitter user writing: “Wot no #fourinabed ? Can’t bear this c***!”

Another said: “#sunseaandsellinghouses bring back four in a bed.”

And a third wrote: “No four in a bed? #sunseaandsellinghouses”

And viewers were also very protective when it came to the discussion of Channel 4 being privatized under the new Conservative regime.

And a second person wrote: ” @Channel4 good god what is this fresh hell Sun Sea and Selling Houses….bring back Four in a Bed…already enduring endless repeats of New Life in the Sun.”

A third said: “Bake off is probably the most popular show on tv. Come dine with me and four in a bed are reality hits.”

Further comments read: “‘Four in a bed’ needs protecting”, and “No show brings the drama quite as well as Four in a Bed does.”

There is no news on when Four in a Bed will be back on Channel 4, as next week’s television guide shows Sun, Sea and Selling Houses still in the B&B program’s regular slot.

So, fans of the Channel 4 show will have to deal with repeat episodes, which are all available on the All 4 website to be streamed for free.