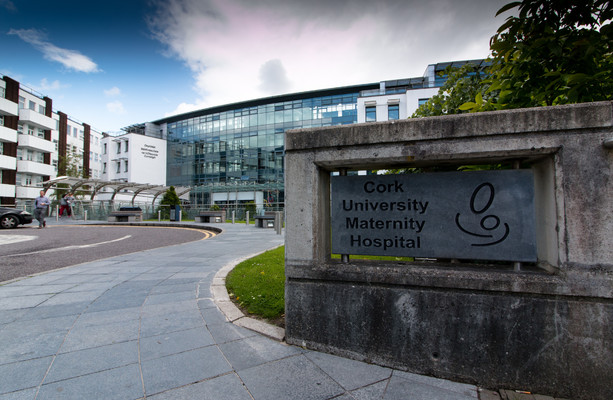 A FOUR-DAY-OLD young boy suffered an irreversible brain injury after his mother had an epileptic seizure, collapsed from her hospital bed, and the child was trapped under her, an investigation in Cork learned.

Marie and Darragh Downey of Knockanevin, near Kildorrery, Co. Cork, died within 33 hours of a tragedy in March 2019 at Cork University Maternity Hospital (CUMH).

Marie, who had an uncomplicated pregnancy, suffered from epilepsy and had a seizure, possibly while nursing her infant in her sick bed in her private room.

During her first pregnancy, when she was 30 weeks old, she had a seizure and decided to go back to taking medication for her epilepsy that her neurologist Dr. Peter Kinirons had prescribed.

She had stopped her medication for a while because of concerns about taking it during pregnancy.

O’Donoghue told the investigation that she spoke about the risks of not taking the mother’s anticonvulsant medication, that they were both satisfied with her return to her medication, and that she was conscientious about taking her pills.

She had previously taken the drug during her two subsequent pregnancies.

O’Donoghue also said she had experience dealing with women with epilepsy and taking care of them during pregnancy.

The doctor said that during her third pregnancy in 2018, at her 12-week appointment, she told her that she had an appointment with Kinirons in January 2019.

Downey didn’t make the appointment due to family events.

O’Donoghue said she regretted not asking Downey if she attended the appointment, admitting that it was an “oversight” of her not to write to the neurologist about her patient’s care.

She also said she “made the assumption” that Downey attended the appointment, and told the exam that she was shocked when it later emerged that the neurologist didn’t even know about the third pregnancy.

O’Donoghue said she was aware that fatigue and stress are “seizure triggers” in Downey and that breastfeeding may have been stressful for her too.

She described what happened to the mother and baby as “shocking and unexpected” and again offered her condolences to the husband of the late Mrs. Kieran Downey.

She also told Coroner’s Court that Before the tragedy broke out, Downey was breastfeeding, doing well and “eager to get home”.

O’Donoghue recalled starting her round at the hospital on the morning of March 25, 2019.

The doctor informed the exam that when she entered the deceased’s room shortly after 8:00 am, she was shocked to find that the deceased was “half out of bed.”

“Her legs stayed on the bed with her torso on the floor. She was in an unnatural position, ”said O’Donoghue.

She explained that she quickly checked Downey’s neck for a pulse before ringing an emergency doorbell in the room and calling into the corridor.

Another member of staff who arrived shortly after also checked for a pulse again, but confirmed that no pulse could be found.

After Downey was relocated, the station manager noticed that her baby Darragh was lying under her, which was initially hidden from the staff.

“It was cold, speckled, and had discolored skin. The midwife took him to kindergarten and the newborn emergency team was called, ”O’Donoghue said.

She added that she was not involved in the boy’s treatment and that she asked the midwife manager to contact Mr. Downey and tell him that his wife was very sick and was going to the hospital.

Also at today’s examination, Dr. Brendan Murphy, a consulting neonatologist at CUMH, reported that Baby Darragh suffered from hypoxic ischemic encephalopathy after his mother collapsed on him.

The doctor informed the exam that when the baby was found by pediatric staff under its mother, every effort was made to resuscitate it.

The boy received extensive medical care, including intubation, adrenaline and fluids, and chest compressions. When his oxygen saturation improved, he was transferred to the hospital’s neonatal intensive care unit.

There the doctors found, however, that Darragh was “clinically comatose” and had suffered an “irreversible brain injury”.

Murphy offered condolences to the baby’s father, Kieran, and said the child was in a coma from the moment it was found.

“He (Darragh) never regained consciousness. He was not aware of this (medical intervention). There was no suffering, ”the doctor told the examination.

Intensive care care was discontinued after consultation with the family and Darragh died on March 26, 2019 at 5:00 p.m.

Kieran Downey and his two young sons were allowed to spend time with Darragh in a family room before he died.

Murphy said he knew from the start that Darragh’s forecast was grim, but hospital staff gave him “every opportunity” for signs of recovery.

The investigation learned that the baby lived 33 hours after its mother was found dead.

“Since joining the department, I knew his prognosis was bleak and that he was unlikely to survive, but I wanted to convince myself and the family that we had given him every chance of recovery,” said the doctor.

Dr. John O Mahony, senior counsel for the Downey family, said they knew the doctors were making every effort to help the baby.

A testimony by Dr. Read aloud to Hannah Glynn, an obstetrician-resident.

She said that she believed the baby’s mother may have breastfed prior to the tragedy because her right breast was exposed when she was found.

Glynn also said Downey was not given CPR because she was already dead when doctors discovered her.

The investigation will continue this week and is expected to take at least one more day before it is adjourned.

Comments have been closed.