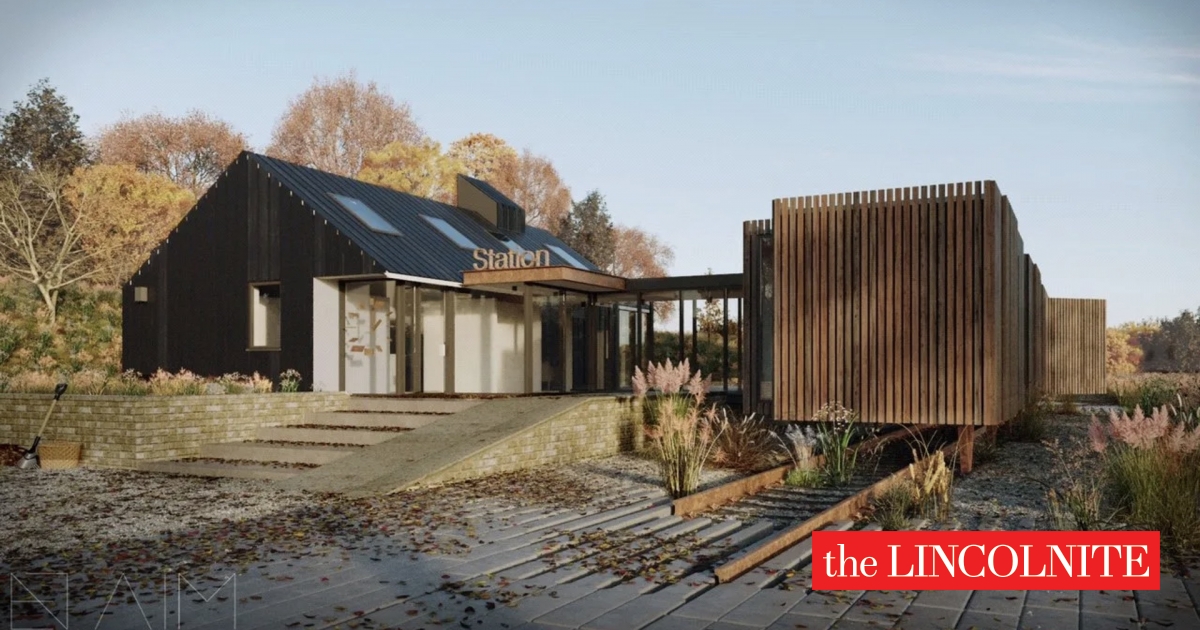 A Lincoln group served double the meals it usually gives out to homeless people and those struggling with the cost of living crisis, including feeding hungry children.

East Coast Homeless Outreach, which was set up ten years ago and also functions in Grimsby, prepares home-cooked two course hot meals every Sunday for anyone who has the need of their service.

On Sunday, August 28, six volunteers who work for ECHO (out of a roster of 10-12) in Lincoln served 66 hot meals, when some six months ago they were typically serving 30-35.

The volunteers serve the food at Croft Street Community Center from 1.30pm to 2.30pm, but are always around till 3pm to dish out leftovers.

They hand out essentials too, like socks, underwear, clothing, toiletries and sleeping bags, welcoming everybody who comes along – all they ask is for a first name from hungry visitors. 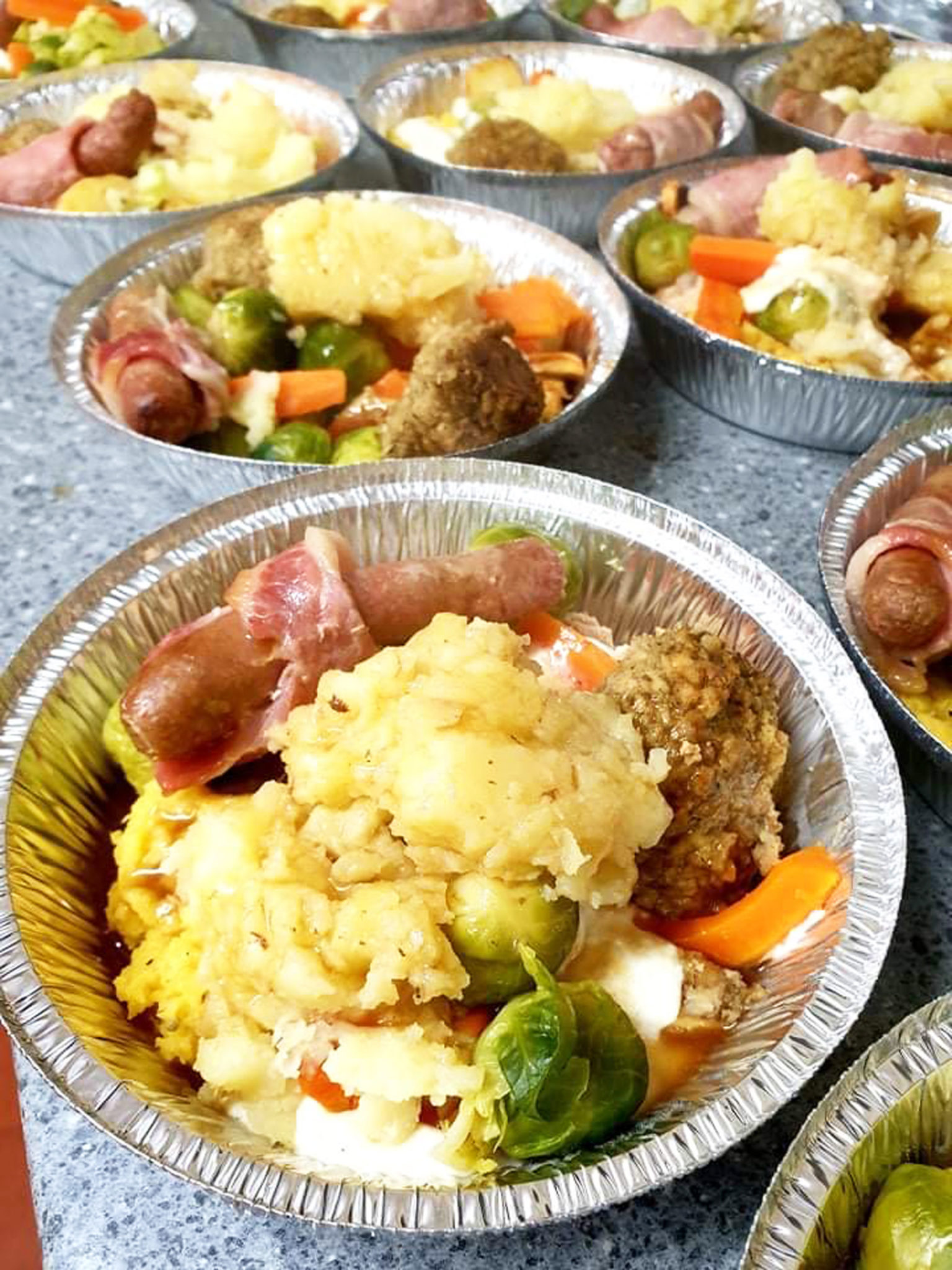 Jeannine Thornley, who is also a StreetVet volunteer, started working for ECHO four and a half years ago.

She coordinates the Lincoln branch of ECHO and said their work provides people “with a safe space where they, if they want to, can hang around and just have a chat.”

She added: “It was a tough call on Sunday, and what was also upsetting was that for the first time there were children involved.

“A family of a mum and a dad and five children came to us.

“You can’t help feeling upset because when you’ve got regular people arriving. You build up a report with visitors. 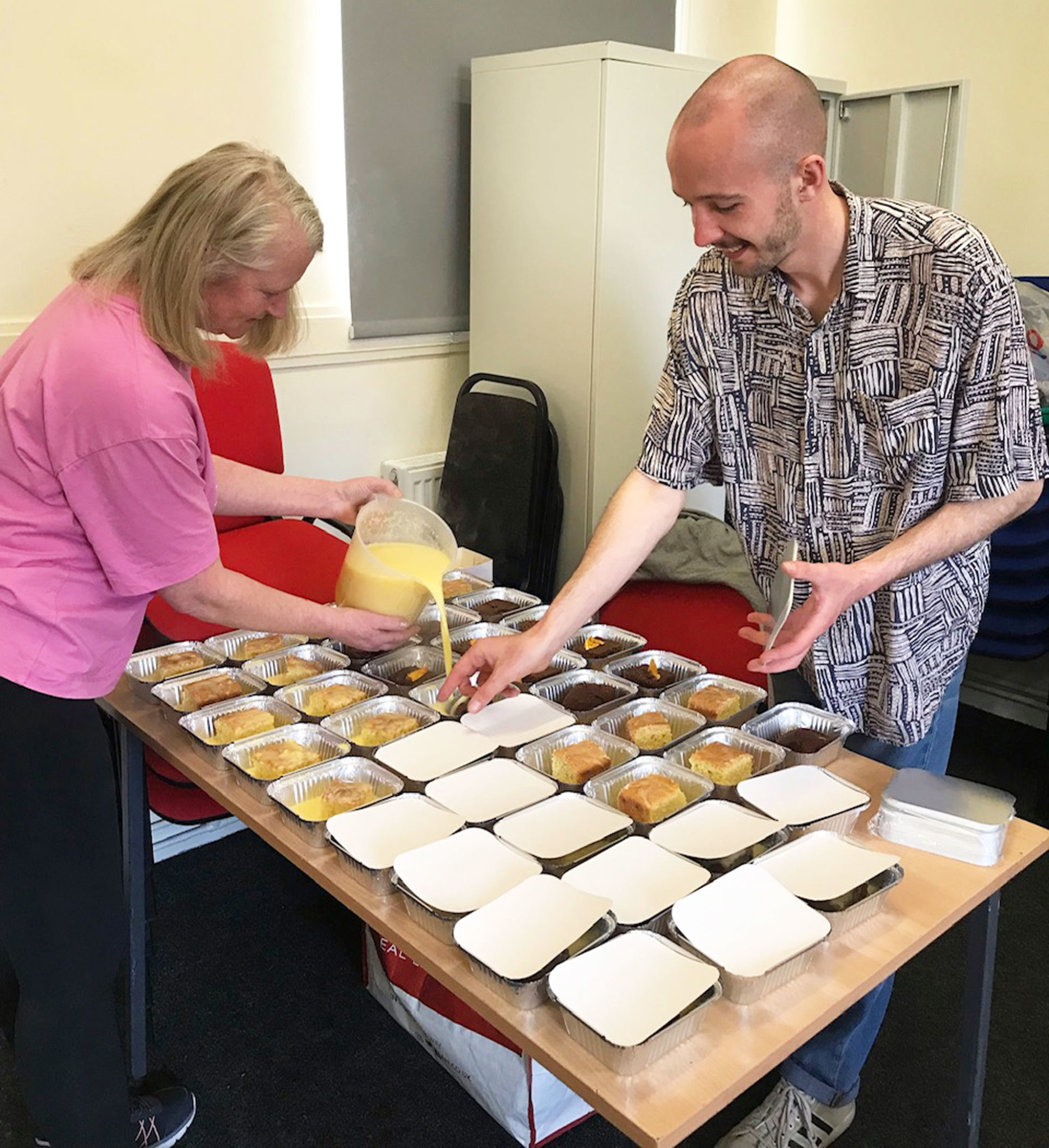 Marisa and Jordan preparing pudding for the homeless and hungry. | Photo: Jeannine Thornley

“I’m a Mental Health First Aider so I tend to be out front just sort of checking in with the guys and making sure most of them are okay.”

She said: “Along the way we have had some really difficult times where we’ve lost people that have been regular visitors.”

She added that the cost of living crisis has “a lot to do with” the increase in hungry mouths.

She said ECHO is greeting more people with roofs over their heads: “Basically, if someone comes to us on a Sunday, then they’re hungry and we will feed them. It’s that simple.” 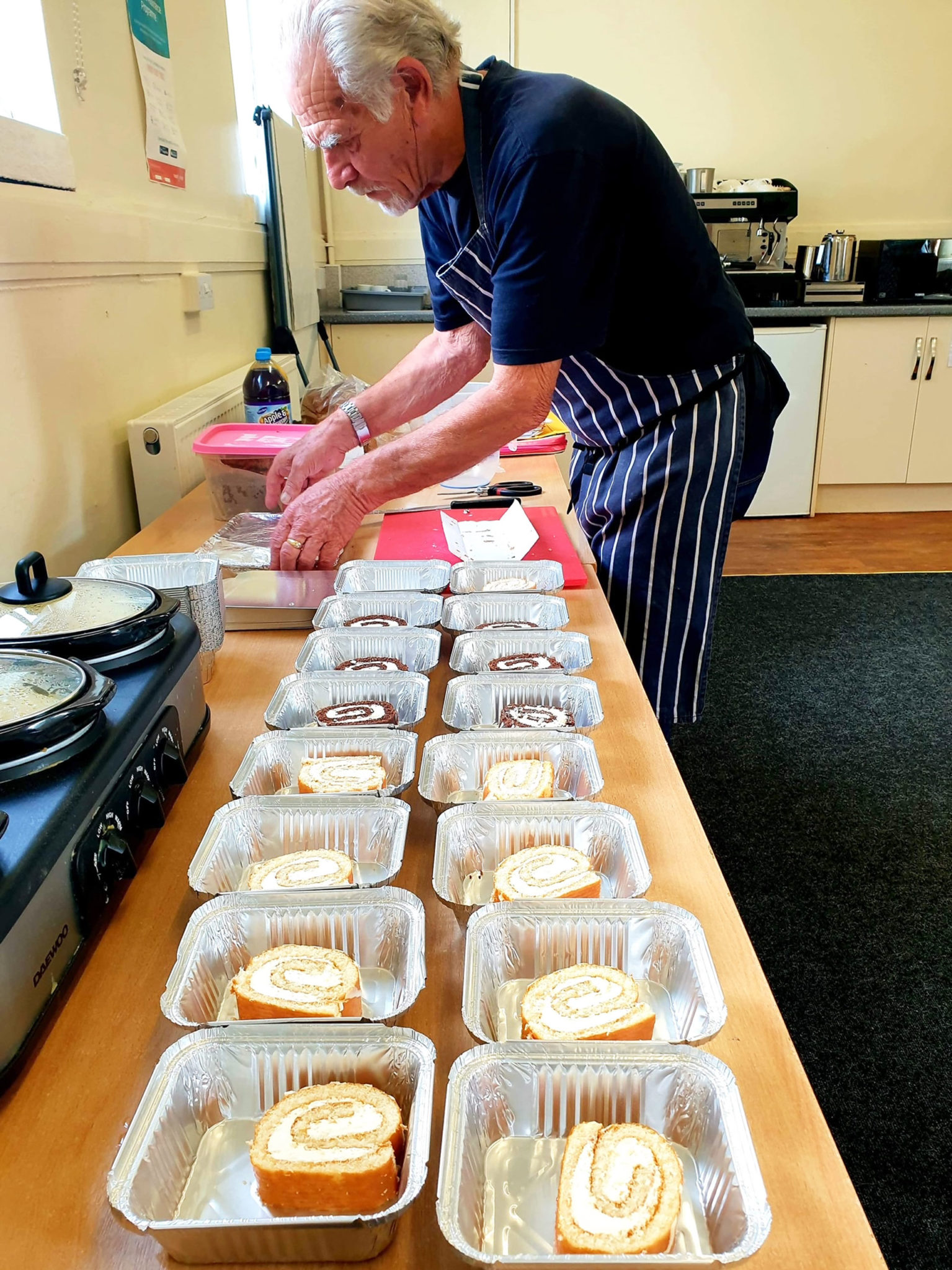 Typical offered include a main course meals such as sausage casserole and mash, with potatoes sometimes provided free of charge by Branston Potatoes, or pasta.

This comes with a hot coffee and a pudding, which can be home-cooked Swiss roll or fruit sponge with custard.

Jeannine said people often remark that the food reminds them of dishes their mums used to make.

She says this gets people chatting. She continued: “Pasta dishes are filling and nourishing, but what we also try to do is make sure there’s lots of vitamins and nutrients in there.

“Disguised sometimes, because some of our visitors don’t like the green stuff!

“What we try and do is give people a hearty meal without giving too much.” 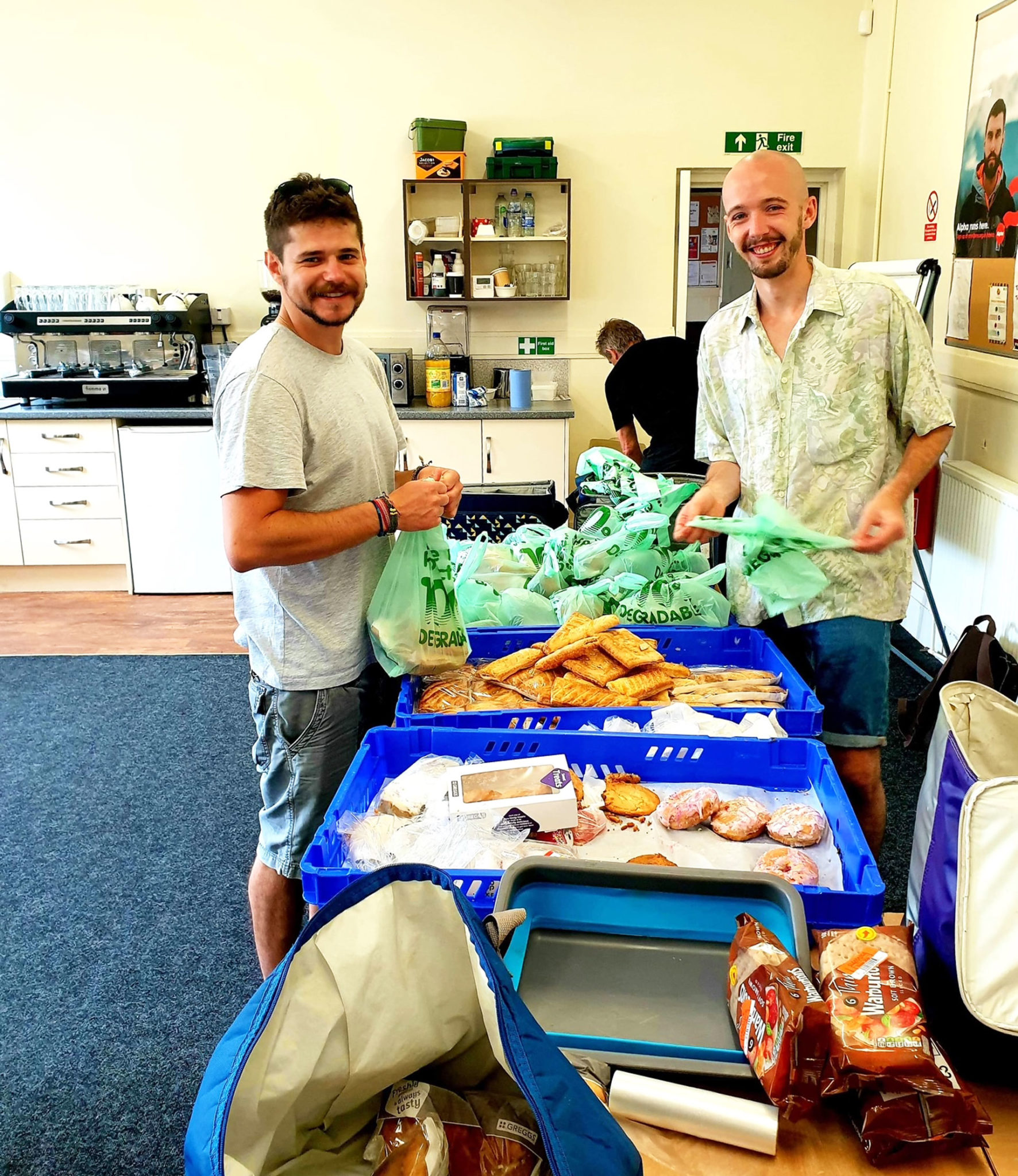 Volunteers Yanis and Jordan helping behind the scenes at ECHO. | Photo: Jeannine Thornley

Jeannine said ECHO is reliant on good working relationships with a lot of other organizations, and that local food banks and other agencies are extremely supportive of their work.

Jeannine said: “The family that came to us was actually signposted to us by a lady who works at the Lincoln Community Larder.

“The food bank has helped us and the Arboretum Cafe [a training kitchen that teaches food skills to unemployed learners] has been very, very supportive.”

Jeannine added: “We operated throughout the COVID lockdown and we don’t really look for publicity or recognition – but we are honestly saving lives and helping people regain their dignity and self respect.”

With winter looming and more people certain to struggle with rising costs, Jeannine said that ECHO sometimes signposts people to other organizations such as the Salvation Army. 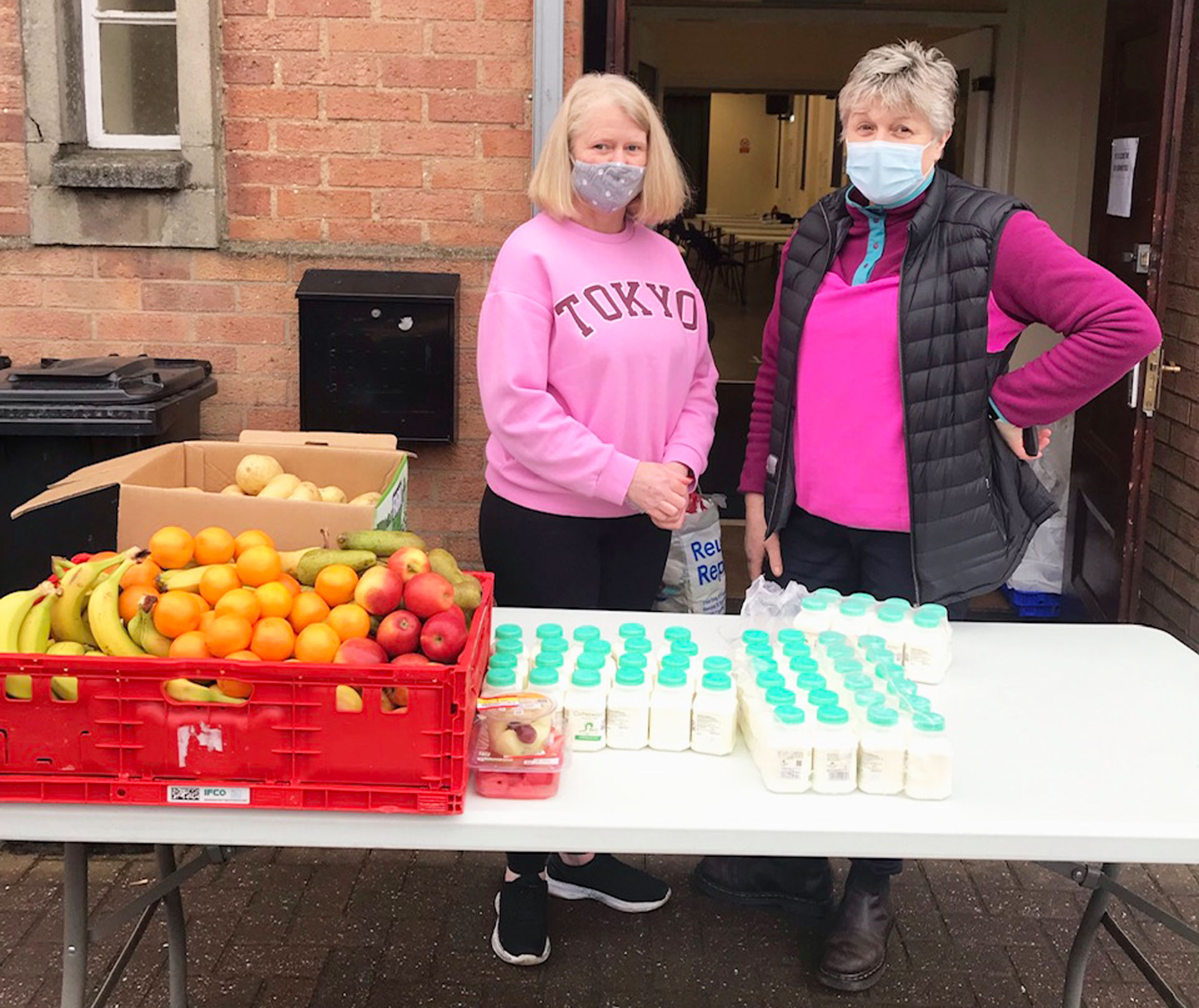 They also point people to various places where there is cheaper food, including the Community Grocery.

Lincoln East Coast Homeless Outreach has a core group of around 10-12 volunteers who operate each week with approximately six volunteers – they have done a Sunday session with 4 volunteers – but that’s a hard shift, and they are looking for people who are willing to give up a small piece of their time to help out.

Anyone willing to volunteer or donate food should call Jeannine on 07843 447825. 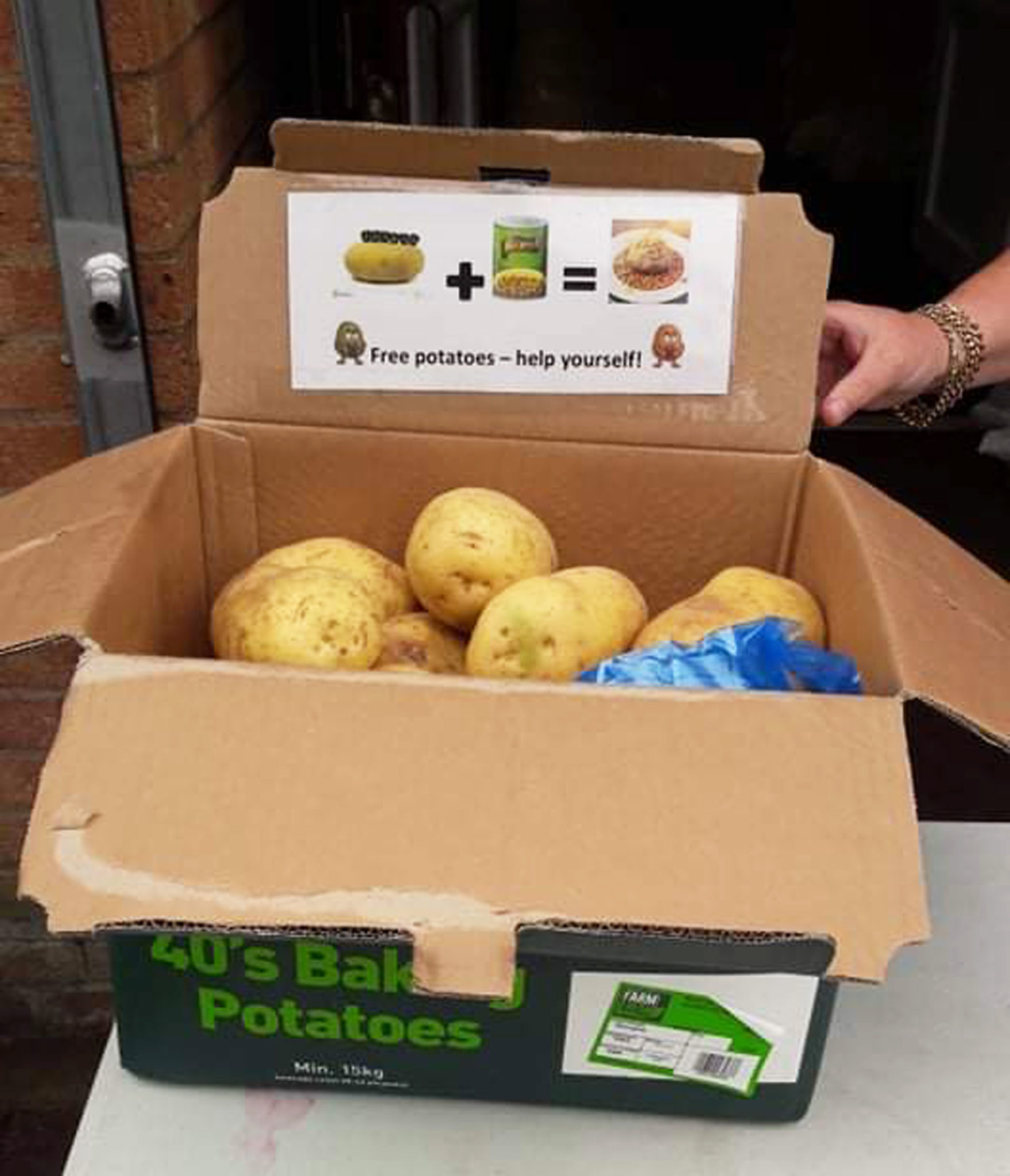 Potatoes from Branston Potatoes, supplied at a rate of three boxes a fortnight. Jeannine says they give them away for free with a tin of beans. | Photo: Jeannine Thornley 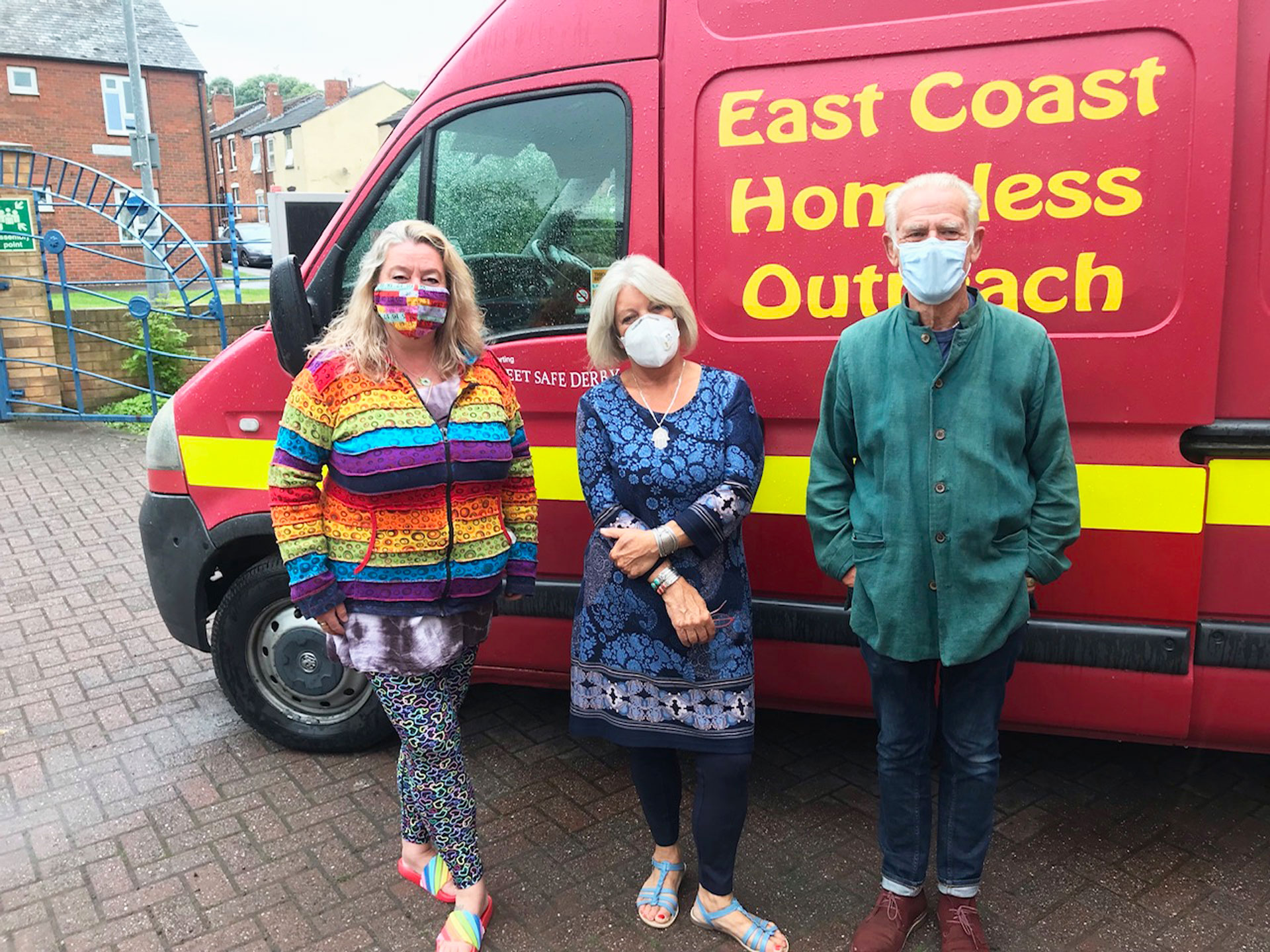 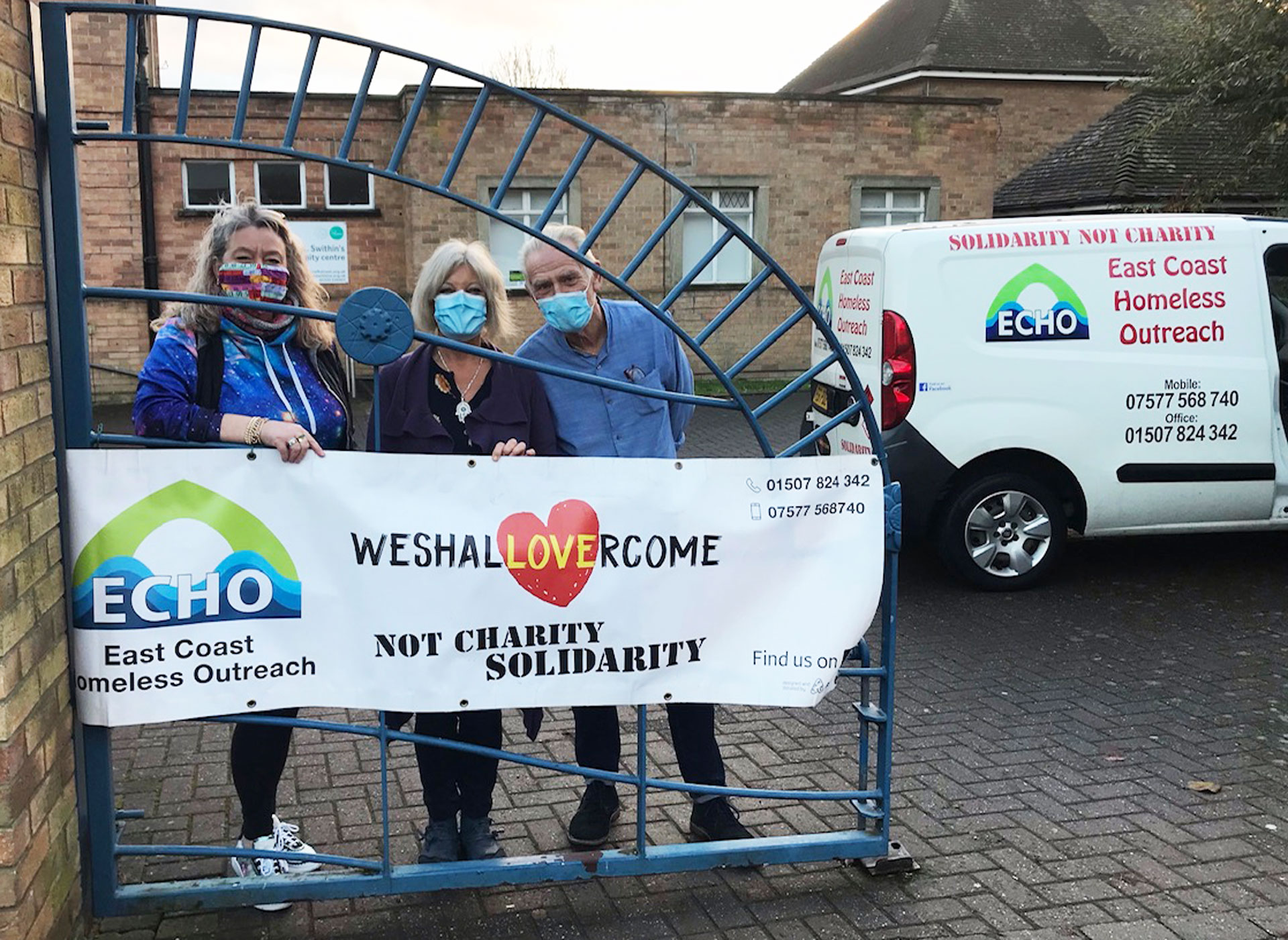 “We Shall Overcome”: Jeannine, Mariea and Paul. | Photo: Jeannine Thornley