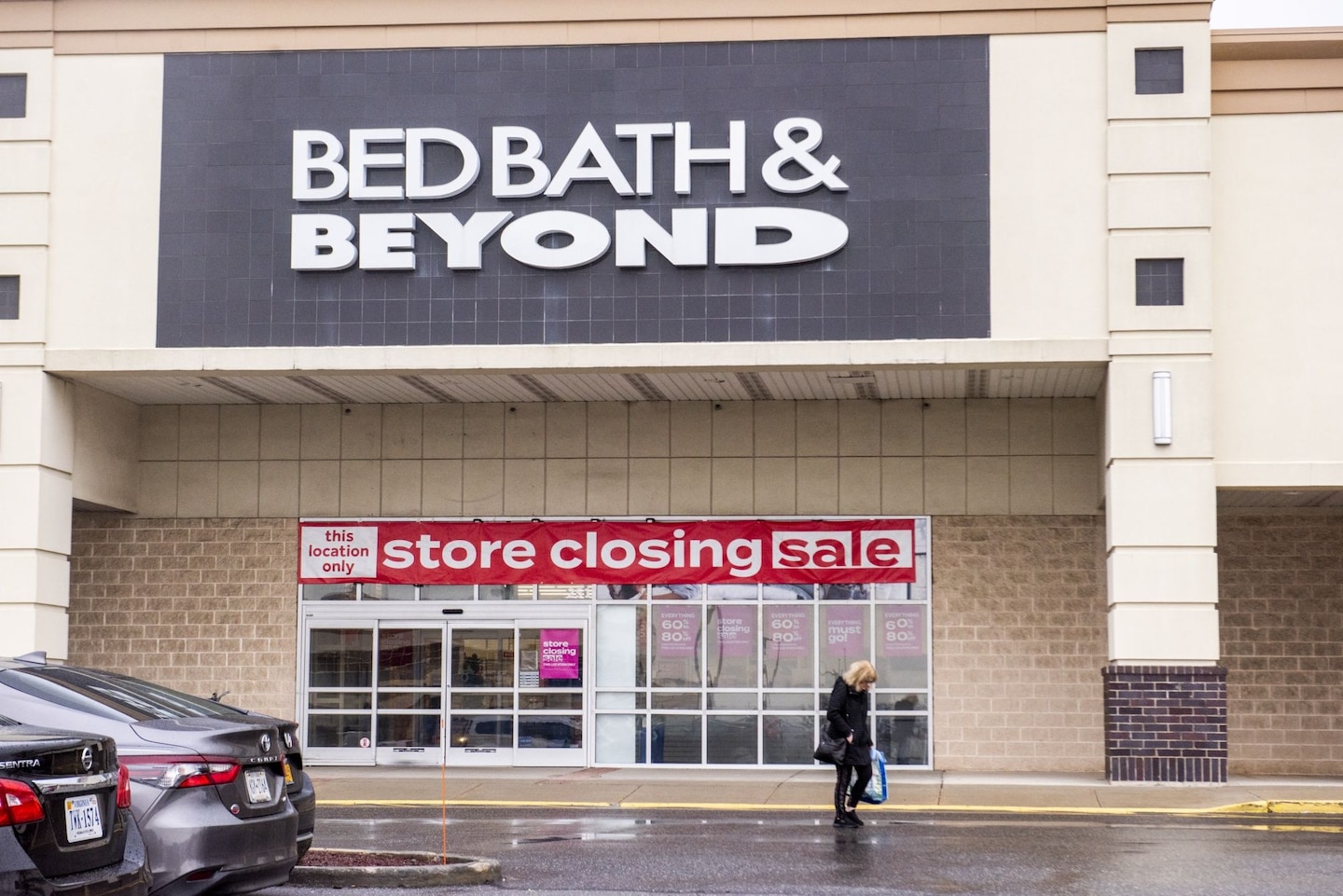 In its prime, Bed Bath & Beyond stacked its aisles high and wide with linens, kitchen wares and as-seen-on-TV gadgets. It was the homebody’s happy place, with 20 percent off coupons always within reach.

But now, the Union, NJ-based chain is on a precipice, as a slow, years-long decline metastasizes within a haze of strategic missteps, bad investments, patchy inventory and indifferent shoppers. Executives warn that bankruptcy might be unavoidable, although many experts wonder whether the 52-year-old retailer will survive at all.

Bed Bath & Beyond posted a worse-than-expected $393 million loss in the third quarter ended Nov. 26 — pushing its losses in the fiscal year to date above $1.1 billion. Sales tumbled 33 percent from the same three-month period last year.

“What we’re seeing is a tumultuous situation, and it really has been a long time in the making,” said Neil Saunders, the managing director of the analytics company GlobalData. There has been a “gentle erosion of customers … year in, year out.”

In an earnings call Tuesday, chief executive Sue Gove said the company is working with a team of advisers as it looks to slash its costs by $80 million to $100 million. It is proceeding with plans announced in August to close 150 stores and has said an undisclosed number of layoffs is underway.

“I don’t think that’s going to be enough to rebalance the book, because the losses are just terrible, and they’re still in these dire straits,” Saunders said.

Gove did not say a Chapter 11 filing — which allows troubled companies to save themselves through a reorganization of their debt — was definite. On Friday, a company spokesperson said in a statement to The Washington Post that “multiple paths are being explored and we are determining our next steps thoroughly, and in a timely manner.”

But a public acknowledgment generally means there’s no turning back, said Patrick Collins, a partner at the New York-based law firm Farrell Fritz who concentrates on bankruptcy and corporate restructuring.

“It becomes inevitable,” Collins said. “Because if you’re a more efficient and you hear that, you’re no longer going to extend credit to Bath Bath & Beyond — you’re going to insist on cod”

If there is to be a bankruptcy filing, Mark Cohen, the director of retail studies at Columbia University, expects it to happen soon. Most companies file in January because they have not paid their vendors and have fresh cash from holiday sales that can be used to pay legal fees in the bankruptcy proceedings.

Cohen added there is an even chance of the company’s heading straight to liquidation through a Chapter 7 filing.

“Absent a suitor who either buys the company or injects the company with some form of very visible cash, or gets involved in the company’s debts and takes it into a prepackaged bankruptcy — the company is toast,” Cohen said.

Founded in 1971, Bed Bath & Beyond was one of the first big retailers in the specialty store space. It became the go-to destination for housewares, small kitchen appliances, wedding registries and college dorm supplies. But business began to cool in 2010, Saunders said, as Amazon, Wayfair, Walmart, Target and other brands bolstered their homeware lines. (Amazon founder Jeff Bezos owns The Washington Post.)

Meanwhile, the company racked up some misses, such as its acquisition of One Kings Lane for $12 million in 2016. Bed Bath & Beyond sold the online home decor company in 2020.

Mark Tritton, who took over as Bed Bath & Beyond’s CEO in 2019, moved to revamp the retailer’s private label home brand — trying to replicate the success he had as head of merchandising at Target. He shifted its focus and resources, but the investment didn’t pay off, Cohen said.

He made other ill-advised decisions before being replaced by Gove last June, Cohen said, including presiding over a $1 billion stock buyback.

“Whether he did it because he didn’t know what he was doing or he was pushed for that, that was a terrible, terrible mistake,” Cohen said.

And as most of its competitors struggled with excess inventory, Bed Bath & Beyond was a mixed bag. Saunders said its supply chain operations were poorly managed. Some shelves were stuffed to the brim while others were bare. And coupons, which are nearly synonymous with Bed Bath & Beyond, became a necessary evil. The discounts became a burden on the company’s bottom line but were also what customers brought in.

“It takes a long time to change a customer’s focus, let alone pull the needle out with regard to these millions of ‘X’ percent off coupons that for years had been in people’s mailboxes,” Cohen said.

The age of free online returns is ending

Although the company was able to ride the wave of consumer spending during the pandemic — when Americans were forced to spend more time at home — it failed to capitalize on the momentum, Saunders said. Then, as the economic climate shifted, stubbornly high inflation cut into Americans’ discretionary purchases. This took a toll on most retailers, but “Bed Bath & Beyond tumbled in a way that no other retailer had seen,” Saunders added.

Foot traffic has dropped sharply — down 26.5 percent in December, year over year, according to the analytics firm Placer.ai.

In the past four months, as news of Bed Bath & Beyond’s dwindling cash and poor performance spread, many vendors decided it was too risky to give the company product on credit. If it files for bankruptcy, there’s a good chance they will not be paid.

The chain appears to have few other options. Experts say its best bet is to file for Chapter 11 protection or find an interested party to buy the debt.

“My guess is there are vultures out there considering or who have been considering swooping in and basically taking control of the company through its debt, through its payables and other debt,” Cohen said.

But this would have to come at an “absolute bargain, knockdown price,” Saunders noted.

On Friday, a report surfaced that the company is in talks with Sycamore Partners, a private-equity firm, to sell its Buy Buy Baby subsidiary and other assets. A New York Times article, citing unnamed people close to the matter, said deals with other parties also are in play.

In a statement to The Post, the retailer declined to speak about any potential sales. “We do not comment on speculation of this nature.”

The company’s shares plunged 30.1 percent after the report, to $3.66, ending a fiery five-day rally that drew comparisons to Bed Bath & Beyond’s wild meme-stock-fueled ride over the summer. It spiked more than 350 percent in August, powered largely by online message boards.

Saunders doubts that Bed Bath & Beyond can pull off a turnaround if it files for bankruptcy. It is too focused on staying afloat than forming a long-term strategy, he said.

“The problem is — you save a ship from sinking, it doesn’t mean … you then have a seaworthy ship,” Saunders said. “You just have a ship you prevented from going under. But you’re still at real risk of going beneath the depth in the future.”