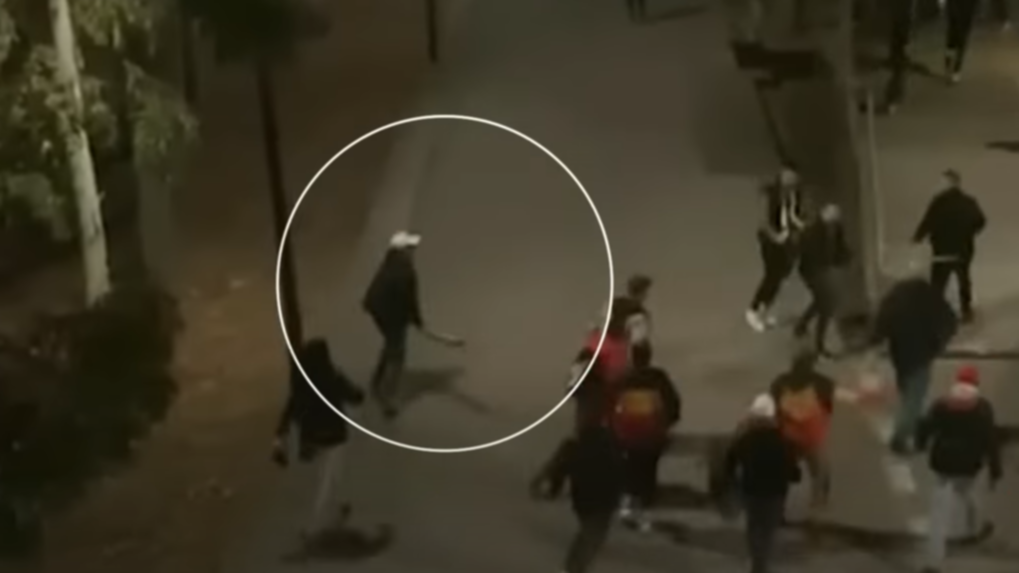 A didgeridoo has been used as a weapon during a wild attack on footy fans after the AFL Dreamtime match between Essendon and Richmond at the MCG on Saturday night.

Three fans were injured after the brawl broke out outside the ground following the game.

Watch the wild brawl in the video above

One was speeded to hospital with head injuries.

Shocking footage of the incident shows an enraged fan wielding a didgeridoo and using it to hit another fan over the head before setting on another fan, while people are heard screaming in the background.

One of the victims told 7NEWS, after waking up in hospital with a broken nose and fractures to his skull, that he was “lucky to be alive”.

“Even watching the footage, when I got hit it looked like I fell and hit my head again, I could’ve died right there and then,” he said.

He also described the attack as “cowardly”.

“It’s just weak for someone to carry around something to use as a weapon and then running away, it’s just weak and cowardly,” he said.

Scared witnesses told 7NEWS they were “disgusted by the attack and the disrespect” that occurred just moments after the Dreamtime match ended.

“When I was there, my heart was just beating so fast,” one witness said.

“It was really bad, I thought he was going to die, and it was just very violent,” another added.

“The way he fell and the way the guy had knocked him, I was really worried about my mates and I, because who knows what they could’ve done to us.”

Detectives are now investigating the incident.

The attack was a scary end to a wild night at the MCG on Saturday, with more than 50 footy fans escorted out of the stadium and two police officers assaulted.