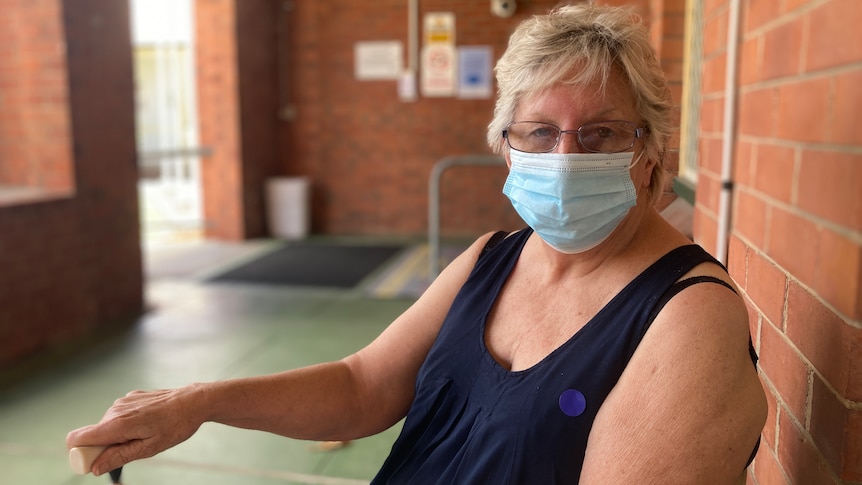 After her knee replacement surgery was canceled twice last year, Yamba woman Rosalind Walsh could not bear to think it would happen again.

The 72-year-old was scheduled this week for orthopedic work at Grafton Base Hospital in northern New South Wales, but was called on the day by hospital management asking her to stay home.

“They said, ‘We can’t do the surgery, but you’re still booked in’.”

Anaesthetist and former Grafton Medical Staff Council chair Allan Tyson said there were real repercussions for people who missed out.

“We have to say, ‘Sorry, you have to go home because the surgery can’t be done’.

“It’s not just elective surgery, if you can’t walk.”

Dr Tyson said the Grafton hospital was operating well beyond its capacity.

“We’ve got 18 patients in a ward today that is funded for eight patients,” he said.

“Last week our fly-in surgeon missed out on three or four joint surgeries that we should have done, but didn’t have the bed space.

“In the end, it’s our patients that miss out.”

Paid doctors with nowhere to work

“As chief executive it hurts to the bone to pay money I’m not getting a return on,” he said.

“The reality is at times you can’t avoid that.

“There is [an] unprecedented bed block that we’re experiencing.”

Mr Jones said administrators were planning as much as they could.

“It is worth noting that we’re seeing a real decline in those overdue waits, over the last four or five months, as we’re starting to develop more models of care,” he said.

“We’re doing surgery in our smaller facilities, we’re freeing up beds and facilities in places like Grafton, so we are getting through more.”

NSW Regional Health Minister Bronnie Taylor visited the hospital this week to commit to a new $274-million new hospital in Grafton — a similar pledge to a 2019 state election promise.

Health Infrastructure NSW had engaged a project team to undertake detailed planning and design for the redevelopment.