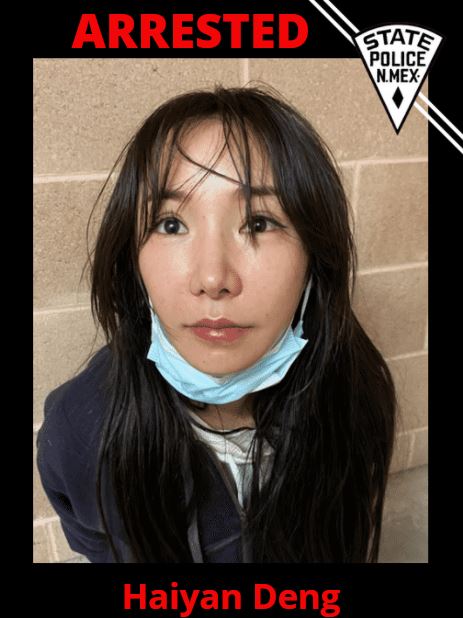 A Flushing woman was charged with murder Monday after allegedly killing a man in her bed and escaping the state in his car in September.

Haiyan Deng, 31, was charged with murder, burglary and gun possession by a Queens grand jury for murdering 26-year-old Justin Li at her home in Flushing on September 18.

Deng is said to have shot Li once in the head and, according to the indictment, fled to New Mexico in his car. She reportedly had a romantic relationship with the married victim New York Daily News.

The police did a health check after Li’s wife couldn’t reach him. They found his body – bleeding from a single gunshot wound to the head – the day after the shot on Deng’s bed.

Deng, meanwhile, left the state in her victim’s car, the indictment said. She was arrested in New Mexico on September 23 by a state official who realized that she was wanted in New York.

The defendant – who had since changed cars – stopped on the Interstate 40 side in New Mexico when her new trip got two flat tires, according to the New Mexico State Police.

A state trooper soon stopped to help her. Around the same time, the NYPD alerted New Mexico law enforcement officials that they had reason to believe Deng – wanted for murder and possibly armed – might be in the state.

The officer who was assisting Deng was informed of the NYPD warning and found that he was helping the wanted murder suspect, New Mexico police said.

When he tried to arrest her, she struggled and the two fought on the ground until a good Samaritan came over to help. Then local sheriffs arrived and helped the soldier successfully handcuff Deng.

New Mexico state police have allegedly recovered a revolver from Deng’s car that was charged with matching the bullet found at the scene of her home in Flushing. They also found Li’s personal belongings in Deng’s possession.

“The defendant is charged with shooting the victim in the head and then escaping the state in his car,” said Queens District Attorney Melinda Katz. “Gun violence is never the solution.”

Deng was held by the New Mexico authorities until she could be extradited to Queens.

“The defendant was brought back to Queens,” said Katz. “She is facing very serious charges now.”

She is scheduled to return to court on February 3. If convicted, she faces up to 25 years in prison.