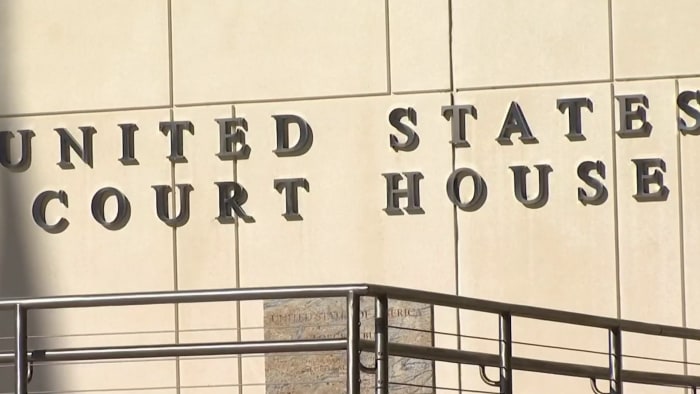 A pastor accused of fraudulently collecting more than $8 million in COVID-19 relief aid back in 2020 made a court appearance Wednesday — from his hospital bed.

Evan Edwards appeared in court via zoom from his hospital bed. A judge said that in order to move forward, they need to know Edwards’ current medical condition and mental state.

Edwards’ attorney, Brian Phillips, said he is filing a motion for the release of Edwards’ medical records.

Phillips told the judge that he was only able to get about three sentences out of Edwards, calling the communication challenging.

Edwards and his son, Joshua, were arrested at their New Smyrna Beach home in early December.

A federal indictment said Joshua Edwards falsified documents to apply for a paycheck protection loan to get more than $8 million.

The two used their family run, nonprofit church, called Aslan International Ministry, to apply for the loan, the indictment shows.

According to investigators, the church was a front, and never actually held services.

During the federal investigation, agents reviewed the ministry’s website and believe it contained generic religious information taken from other websites.

Legal documents filed in the US District Court Middle District of Florida in Orlando show things began to unravel for the Edwards family when they attempted to purchase a $3.1 million home near Disney World.

The family fled to Canada when the US Secret Service began its investigation into the fraudulent ministry.

After returning to Florida, Evan Edwards and his son were indicted on charges of conspiracy to commit bank fraud, bank fraud, making a false statement to a lending institution and visa fraud.

Get today’s headlines in minutes with Your Florida Daily: