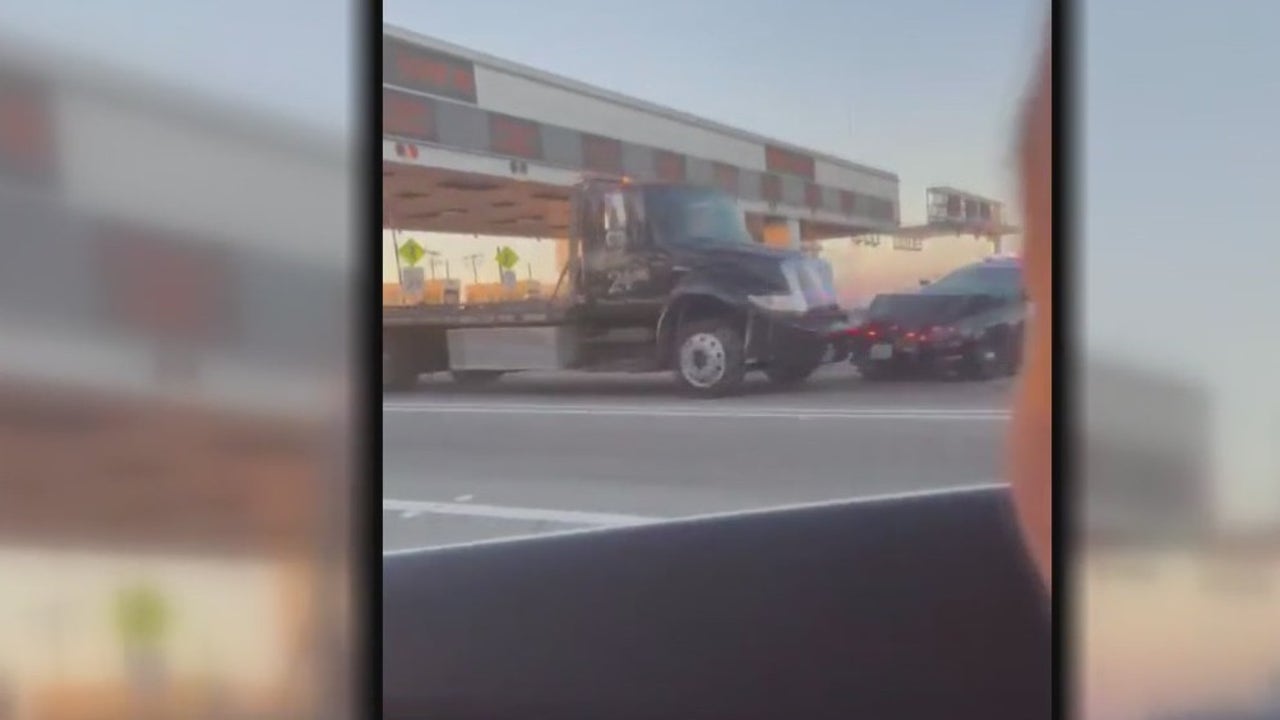 A truck drove upside down into a patrol car on Bay Bridge.

Video posted on Twitter shows the driver of a low-loader truck driving through the toll booth on a Sunday afternoon.

The truck sped through toll booths and hit a police car head-on.

The CHP said the driver also hit two other cars before finally coming to a stop.

The driver was arrested for multiple crimes.

According to the CHP, an officer was injured in the arrest.