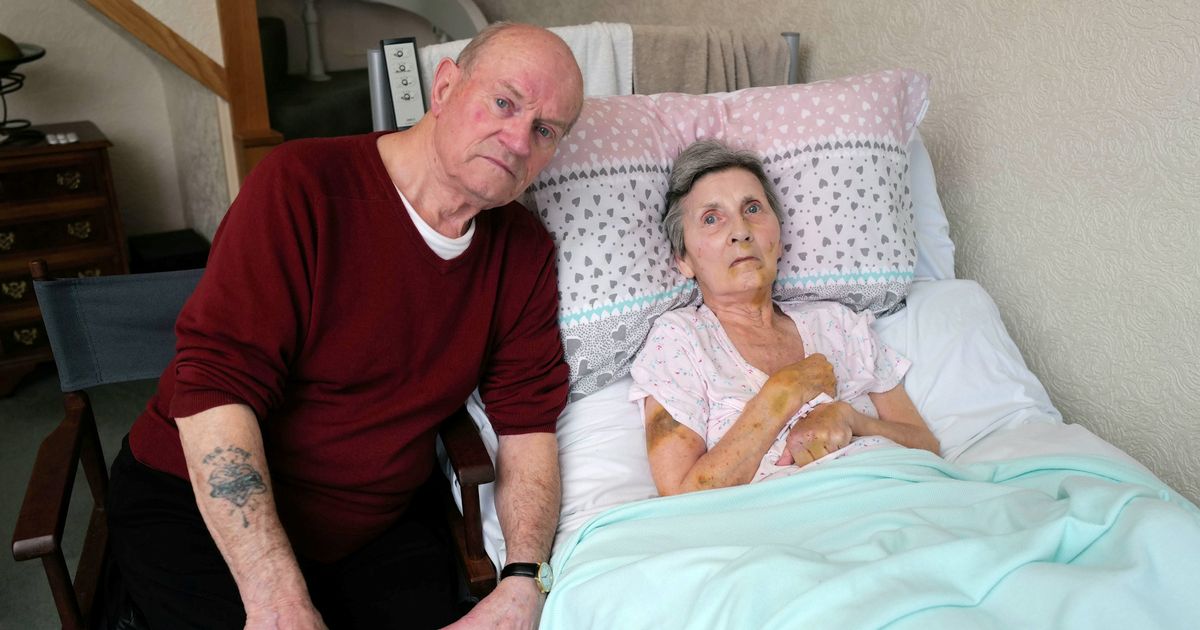 A picture of the rat which tried to eat a disabled pensioner while she was in bed asleep as been released by her family. John Kirk, 85, came downstairs to find wife Diana, 76, caked in blood and her face and neck covered in claw and bite marks.

The pensioner’s eyelids, fingers and elbow had also been gnawed by the ravenous rodent which had been hiding in the couple’s home in Bingham, Nottinghamshire. Unknown to the couple, the 9ins long animal had been nesting in their sideboard where John kept bird seed before savaging Diana in the early hours of May 9.

The next morning the rat was caught in a trap laid by a neighbor who shot it dead with a pellet gun. Retired tank driver John, who has been married to Diana for 36 years, said: “Diana’s injuries were horrific. At first I thought Diana had been shot.

“There was blood everywhere. The rat had tried to eat her to get her blood. There were bite marks on her cheek and her lips.

Diana, a retired John Lewis shop worker, suffers from a catalog of health problems including dementia and Parkinson’s disease.

Because of her health problems, Diana sleeps downstairs in the couple’s semi-detached home. John said he heard scratching sounds coming from the living room the night before Diana was attacked.

He said: “We had a rat in the house before Christmas which the council came and got rid of and I’d thought that was that. I’d put seeds and peanuts out for the birds in the garden and kept bags of bird food in the sideboard in the living room.

“The rat must have sneaked into the kitchen and set up a nest in the sideboard because the bags of food were all chewed through. The night Diana was attacked I’d gone to bed about 10.20pm and had heard scratching behind the TV but didn’t think too much about it.

“At about 1.30am in the morning I noticed something brush past my bed but fell back to sleep. When I came downstairs at 6am the next morning to make Diana a tea, that’s when I saw her covered in blood.

“It was like a scene from Rambo. Absolutely horrific. She was just shaking her hands by her neck staring up at me.”

John called an ambulance and Diana was rushed to the Queen’s Medical Center in Nottingham where she was cleaned up and given a powerful course of antibiotics. John, who served in the 6th Tank Regiment and saw action in North Africa in the late 50s, added: “The rat had tried to glaw right through to the bone.