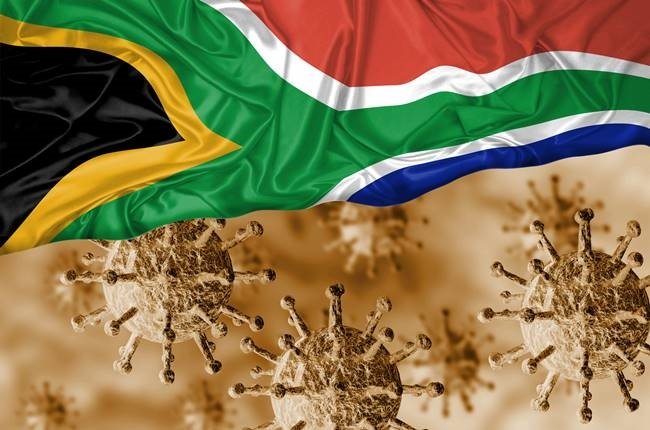 Hospital admissions and deaths during the expected fourth wave of Covid-19 infections in South Africa will be “significantly lower than previous waves” thanks to the country’s vaccination rate, according to the latest report by scientists from the South African Covid-19 modeling consortium.

Using modeling, the team explained in a media briefing on Wednesday that it had considered various scenarios of the fourth wave and considered vaccinations and variants.

The scenarios were also based on two factors: how people would behave in the coming months and the emergence of a hypothetical new variant of concern (VOC) that eludes vaccine-induced immunity.

However, the projections should be interpreted with caution, said Dr. Sheetal Silal, a statistician researching mathematical modeling of infectious diseases.

“The uncertainty is that no one knows when this next wave will begin. Nobody can tell you what the next variant will look like or when it will appear, and that’s why we’re not showing any forecasts today. “

By asking “what if” scientists can analyze what the future might hold if their assumptions materialize, she said.

Some key assumptions were:

As of November 17, just over 24.3 million doses of vaccine had been administered across the country. More than 60% of adults aged 60 and over have received at least one dose.

The most realistic scenario

The most realistic scenario that would involve rolling out an immune escape variant would be one that involves non-compliance with non-pharmaceutical interventions (NPIs), including physical distancing, wearing masks and hand sanitizing, in the coming months, Silal said. This concept of NPI fatigue is relevant for the upcoming holiday season, migration and increased contact behavior during the leave of absence, she explained.

But even if this hypothetical variant surfaced in November or January 2022 and sociability between people (and with it the transmission of Covid-19) increased, the situation might not be too bleak.

“If we compare the top of this [hospital] Admissions to those observed in previous waves, we can see that in most cases, with the exception of the Free State and Northern Cape, these peaks are generally lower than those observed in the second and third waves ” , she said.

According to the report, if there is increased socialization in January, unlike November, “later and smaller waves are expected as a larger part of the population will be vaccinated”.

Silal said, “Even with persistent NPI fatigue, rapid population vaccination is an effective tool in reducing serious illness and death.”

A message for hospital managers

Nonetheless, Silal made it clear that this doesn’t necessarily mean that hospitals would handle the next surge.

“Some of the emergency measures are no longer in effect. Perhaps wards will be reallocated to previous functions, emergency personnel will no longer be hired, and elective surgery will now be allowed.

“This means that the capacities available to handle an increase in Covid uptake will differ from that in the second and third waves. That means that even a lower peak than what we observed in the previous waves could be enough to exceed capacity. ”“ She said.

The team’s message to planners and hospital management was to evaluate the projections and peak sizes in terms of current hospital bed capacity rather than the capacity available in previous waves.

The report said: “Whether or not the recordings lead to congested hospitals and preventable Covid-19 deaths also depends on how much hospital capacity can still be made available.”

It is now clear that current infection vaccines are not effective enough to eradicate SARS-CoV-2, said Dr. Harry Moultrie, a senior epidemiologist at the National Institute for Communicable Diseases (NICD).

“This means that we are on a long road towards endemics. What we will see is the decrease in immunity (either natural immunity or vaccine derived immunity); we will see new people enter the population because of births. .. and therefore we will see fluctuations in SARS-CoV-2 for many years to come. “

Not set in stone

At the moment it is unclear to what extent the virus will be affected in the long term.

“It’s going to be a bumpy ride,” Moultrie said, and there could be a significant resurgence in the years to come. He added that there is still a lot of room for viral evolution.

“We don’t know where this virus will take us. It has surprised us several times over the past 18 months. But in the long run, we’re going to be moving towards endemic, where people get re-infected (with mild infections) and are boosted up with vaccines or infections. “

The resurgence will be manageable, he said, but there will still be Covid-19 admissions and deaths in South Africa in the years to come.

“But the future of the epidemic is not set in stone,” said Moultrie. Instead, it is determined by each person’s behavior as well as the evolution of the virus and the interaction between the two. He stressed the importance of continuing to adhere to public health measures such as avoiding crowded indoor spaces, wearing masks and hand sanitizing as people near Christmas time until December

* For more Covid-19 research, science, and news, click here. You can also sign up for our Daily Dose newsletter here.

READ | Covid-19: What could the fourth wave of SA look like?

READ | Pregnancy, fertility and Covid-19 vaccination: an expert weighs in